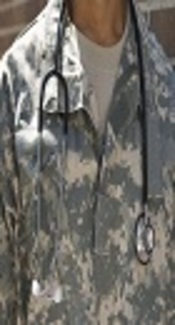 Emphasis on research issues and increased research activities leads to development and progress and brings about real self-sufficiency and independence for a country. The purpose of this study was to identify the failures and barriers of research at AJA University of Medical Sciences.

The methodology of this study was cross-sectional (descriptive-analytic) and was conducted at AJA University of Medical Sciences of Iran. Sampling was census and 85 faculty members participated in this study. The instrument was a valid and reliable questionnaire in two parts. The first part was about demographic information and the second part focused on the research barriers with 53 items.

A set of factors influenced the research activities of faculty members. Financial issues were significant among these factors.

Research is considered as the main pillar of sustainable cultural, social, and economic development, and the assumption of long-term development is impossible without the establishment of a coherent research system (1). Hence, emphasis on research issues and increased research activities leads to development and progress and brings about real self-sufficiency and independence for a country (2-5). In Iran, about half a percent of GDP is spent on research (6), while the share of research credits from GDP in European countries has been on average more than two percent (7).

The major part of research activities and scientific production are conducted by faculty members of universities; hence, if they provide their services with better quality, the scientific development and progress of the country will be accelerated (8). The AJA University of Medical Sciences has been active in providing conditions and facilities, which are essential for research, including establishment of research institutions, selection of top researchers, and special attention to the institute of military medicine. However, the current situation and the number of researches conducted by faculty members is not satisfactory.

Understanding research barriers is an essential tool that should be made available to decision makers, through which they can make decisions to achieve goals, improve methods, and increase efficiency (9). Identifying research barriers creates a proper context and an appropriate environment for creativity and innovation at universities. Research along with education is essential for realization of development goals in various dimensions and performing research also requires the removal of research barriers, which is done through their recognition. Considering the importance of the issue and the need for performing such research at all universities of the country as well as the lack of a comprehensive studies on the identification of research barriers at AJA University of Medical Sciences, in this study, the researchers attempted to examine the research barriers from the viewpoint of faculty members of this university as one of the important issues of the research system. In the present study, the questionnaire of the Karimian et al. study was used to assess the barriers of research (10).

The study was a cross-sectional type, conducted in 2013 at AJA University of Medical Sciences of Iran. The statistical population included faculty members of AJA Medical University. Sampling was done by the census method. Among 114 faculty members, 85 from the faculties of medicine (54), dentistry (5), nursing (13), aerospace (2), and paramedicine (11) participated in the study. The inclusion criteria were being an approved faculty member and a full-time professor. The research instrument was a questionnaire developed by the researcher in two parts. The first part was about demographic information (age, gender, scientific degree, educational qualification, service record, faculty of service, and the number of credits taught in the last semester). The second part focused on the research barriers. The questionnaire of the research barriers was derived from the Karimian et al. study (10).

However, due to changes in the questionnaire, its validity and reliability were re-evaluated in this study. The research barriers were in the form of 46 initial statements and six categories. The statements were reexamined by the researcher and co-workers according to the conditions and issues at the university. After applying necessary changes and modifications, the statements were increased to 56. The content validity of the questionnaire was another issue that was considered. To this end, the views of ten experts were used and the questionnaire insufficiencies were resolved according to their opinions. Also, the internal consistency (Cronbach alpha) was used to determine the reliability. Therefore, the questionnaire was completed by 21 faculty members to confirm the internal reliability in a pilot study. The Cronbach alpha coefficient was 0.9. The alpha coefficients of the studied domains were also as follows: Financial barriers (0.86), facilities barriers (0.67), professional barriers (0.73), scientific barriers (0.85), individual barriers (0.52), and organizational-managerial barriers (0.70).

The final questionnaire with 53 items in a four-point Likert scale (agree, rather agree, rather disagree, disagree) and in six financial (seven items), facilities (ten items), professional (nine items), scientific (seven items), individual (five items) and organizational-managerial (15 items) categories was designed. The questionnaires were dispersed among faculty members and followed up by phone calls. Finally, 85 questionnaires were returned and 29 faculty members did not fill the questionnaire. The SPSS version 20 software was used to analyze the data, and descriptive statistics and inferential statistics (independent t-test and ANOVA test) were employed for statistical analysis. In addition, a significance level of P < 0.05 was considered. The principles set forth by the declaration of Helsinki were observed in the research (11).

The distribution of absolute and relative frequencies of demographic variables are presented in Table 1. The results obtained from the viewpoints of the studied subjects in terms of degree of agreement to be a research barrier of each of the different dimensions of the research barriers are given in Table 2. The presence of six barriers, namely financial (82.4%), facilities (58.8%), professional (62.4%), scientific (24.7%), individual (23.5%), and organizational-managerial (28.2%) were demonstrated in this study. The findings revealed that the highest percentage of research barriers were related to financial barriers from the viewpoints of the subjects and the lowest percentage were related to individual barriers.

Table 1. Distribution of Absolute and Relative Frequencies of Demographic Variables of the Study Subjects
Table 2. Research Barriers from the Viewpoint of Faculty Members of AJA University of Medical Sciences (2015)a

Table 3. The Comparison of the Viewpoints of the Research Units in Terms of Research Barriers Based on the Educational Qualificationsa

aValues are expresses as mean ± SD.

Analyzing viewpoints of faculty members in this study revealed that doing research at AJA University of Medical Sciences was affected by several barriers and problems, which can be considered and addressed from different aspects. In the present research, the faculty members suggested that the research financial barriers were more effective than other research barriers. In most conducted studies, including Hoseiny and Jahed (12) and Karimian (10), the financial difficulties and economic barriers were much more significant than other barriers. Majumdar (13) also mentioned economic and financial barriers in his study as the most important problem in developing Asian countries.

In this study, the subjects mentioned a lack of funding for academic and research activities at the university as the most important financial barrier. Most scholars also agreed on the lack of funding in research activities and the inadequacy of the budget as the most important problem in the field of research (14). In his study, Dadkhah et al. (4) also reported a low research grant compared to the time spent on the research as one of the major obstacles in the view of faculty members, which is consistent with the results of the current research. In Vahdati et al. study (1), the most significant research barriers were mentioned to be professional barriers, which is not consistent with the results of this research.

The highest percentage of facility barriers dimensions of the present research was related to poor speed and bandwidth of the Internet at the university. However, it was found in Naghizadeh Baghi et al. study (15) that factors involved in the preparation and design of the research project and the researcher's lack of access to information are less important among the research barriers. Also, in studies by Majumdar (13), Sumathipala et al. (16), and Salem Safy et al. (17), the shortage of research equipment and facilities were mentioned. In a study by Karimian et al. (10), difficulty and the time-consuming process of supplying the necessary materials were reported as the main facility barriers. These results are not consistent with the present study.

The most frequent professional barrier in the present study was the inability to have a close scientific communication with researchers and research centers overseas, while in many studies, the shortage of time factor due to the employment of executive activities has been raised as the most important research professional barrier (1, 10). A work overload and different expectations from the faculty members were also reported as the most important research barriers in various universities (18-21).

In this study, the professors demanded further skills in writing articles, providing posters and publishing, and presenting them to journals and scientific assemblies inside and outside the country. This was introduced as the most important scientific research barrier from the viewpoint of the research subjects. In Hashemi et al. (22) and Sereshti et al. (23) studies, scientific barriers, such as the lack of necessary knowledge on the research methodologies and statistical methods and the lack of mastery of foreign languages were raised as scientific barriers for the researchers.

The most important organizational-management barrier in the current research was mentioned as the long-run and slow stages of papers being accepted for publication in domestic and foreign journals. In a research by Badrizadeh et al. (21), the stringency in the approval of the researcher's favorite projects and administrative abstinence in conducting research and the long process of approval of research projects were reported as the most significant organizational obstacle.

The results of this study indicated that a set of factors influenced the research activities of faculty members, which can be generalized only to AJA University of Medical Science and may vary from one university to another, where other barriers may be prioritized.

This article was the result of a research project approved by AJA University of Medical Science. The authors would like to appreciate all officials and the faculty members of this university.

The authors would like to appreciate all officials and the faculty members of AJA University of Medical Sciences, who, in spite of a lot of busy work, kindly participated in this study.

Copyright © 2018, Journal of Archives in Military Medicine. This is an open-access article distributed under the terms of the Creative Commons Attribution-NonCommercial 4.0 International License (http://creativecommons.org/licenses/by-nc/4.0/) which permits copy and redistribute the material just in noncommercial usages, provided the original work is properly cited
download pdf 114.89 KB Abstract XML Get Permission (article level) Import into EndNote Import into BibTex
Number of Comments: 0