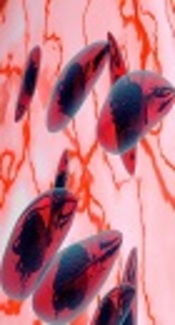 In this study, 205 pregnant women who were referred to various medical centers of Tehran during 2014 - 2015 were studied. The bloods were examined for the levels of IgG avidity, anti - toxoplasma IgM and IgG, and fibrinogen levels. SPSS software v. 22.0 was used to study the results. Data regarding their demographic characteristics were collected by a questionnaire.

The results of the present study shows that increased levels of fibrinogen in pregnant women during the first trimester of pregnancy is not significantly associated with toxoplasmosis.

The most important methods of transmission include ingestion of spore oocytes from the soil, water, and food or bradyzoites existing in cystic tissue through the consumption of raw or undercooked meat and meat products (4). Placental transmission is another important transmission method of this parasite; among 1000 seronegative women infected with Toxoplasma gondii in pregnancy, five transmit the parasite to their fetus (5).

This parasitic infection is asymptomatic in immunocompetent individuals. Among the symptoms, lymphadenopathy is the most common symptom, which does not usually cause serious side effects and resolves without treatment. However, in individuals with immune system dysfunction, the disease is severe and disseminated and even causes death in some cases (2, 6). Infection with this parasite is of particular importance, especially for pregnant women. If a pregnant woman acquires this infection before or during pregnancy, the disease can be transmitted to the fetus and cause serious complications such as blindness and severe congenital neurological disorders in the fetus (7). The age of the fetus at the time of acquisition of the infection in the mother is one of the important factors affecting fetal health; the fetal infection risk up to 13 weeks of pregnancy is about 15%, after which the risk of infection increases and reaches 72% at 36th week of pregnancy (8, 9).

The most common method used for the diagnosis of this disease includes serologic tests such as ELISA, IFA, and IHA. In these tests, IgM is considered in the acute phase and IgG in the chronic phase of the disease (10, 11). One of the methods that are currently used is the Avidity Test. This method is based on binding affinity of immunoglobulins to the polyvalent antigens of Toxoplasma gondii. At early stages of the infection, the binding affinity of IgG to antigen is low. With the progression of the infection, affinity of antibody for Toxoplasma gondii antigen increases, which indicates chronic infection (12, 13).

The incidence of this parasitic infection is of particular importance in pregnant women due to potential risks to the fetus. This study aims to investigate the relationship between toxoplasmosis and increased serum levels of fibrinogen in pregnant women. Fibrinogen is one of the most important positive acute phase proteins. It normally shows increased levels during pregnancy, which may increase toxoplasmosis. In pregnant women with normally increased levels of blood procoagulants, including fibrinogen, physiologically the anticoagulant levels are reduced in the blood during pregnancy and pregnant women have an overall weakened performance of fibrinolytic system. In these conditions, if the woman is infected with toxoplasmosis during a pregnancy, the excessive increase of this coagulative factor increases the risk of thromboembolism. If thrombosis occurs in the placental vessels, there is a risk of infarction of this area, which may lead to miscarriage. Thus, both mother and fetus are at risk of thromboembolism (14, 15). This study aimed to investigate the relationship between toxoplasmosis and increased plasma levels of fibrinogen in pregnant women.

This cross - sectional study was conducted on blood tests of randomly selected pregnant women who were referred for screening to four laboratories (Shohadaye ali abad - Yas - Armin - Dr.Hashemnejad) in different parts of Tehran from 2014 to 2015. The patients were asked to fill in a questionnaire on their demographic characteristics (age, gestational age and number of children, predisposing factors, use of drugs, several pregnancy, and history of underlying illness or any symptom of toxoplasmosis). The procedures of this study were also approved by the Ethical Committee of the Faculty of Medicine (Iran University of Medical Sciences, Code: IR.IUMS.FMD.REC.1393.3). All procedures performed in studies involving human participants were in accordance with the ethical standards of the institutional and/or national research committee and with the 1964 Helsinki declaration and its later amendments or comparable ethical standards. All tests were done duplicate. The Informed consent for participation in the study was obtained from participants. This study examined the plasma level of fibrinogen in the first trimester in mothers with toxoplasmosis for the first time. In this study, 205 pregnant women who referred to various medical centers of Tehran during 2014 - 2015 were studied. The sera were sitting in -20ºC until use (less than 6 months). Titers of anti - toxoplasma IgG, IgM, and IgG avidity in the collected sera were analyzed by ELISA. The Clauss method was used to measure the amount of fibrinogen in the plasma samples (with taking 1.8 mL of blood on 0.2 mL of Trisodium citrate 3.8%). The ratio of 1 to 9 is important between anticoagulant and blood. The measurement of fibrinogen should be done up to 6 hours after the sampling. Half an hour before the test, remove all reagents from the refrigerator until reaching the laboratory temperature (20 - 25°C).

In this study, the diagnostic kits “ToxoIgG - EUROIMMUN” and “ToxoIgM - EUROIMMUN” (Corporation Germany) were used for the titration of IgM and IgG. The procedure was performed according to the manufacturer’s instructions. In summary, after adding samples to the wells and rinsing them, the conjugate enzyme was added; in the next step, the corresponding substrate was added. Finally, after adding the plug solution, they were read at a wavelength of 450 nm using an ELISA reader. After the calculations of anti - toxoplasma IgG, titers less than 8 IU/mL were considered negative, those greater than 11 were considered positive, and those between 8 and 11 were considered suspected or facultative. Anti-toxoplasma IgM titers were considered negative when less than 0.8 IU/mL, positive when more than 1.1, and titers of 0.8 - 1.1 were considered suspicious or facultative.

For this purpose, ToxoIgG Avidity - EUROIMMUN kit was used (Corporation Germany). The procedures were based on the manufacturer’s instructions and after the relevant calculations, samples with RAI < 40% were considered antibodies indicated for low avidity, samples with RAI 40% - 60% suspicious, and samples with RAI > 60% with high avidity (1, 3).

2.4. Quantitative Measurement of the Amount of Plasma Fibrinogen by Clauss Coagulation Method

To measure fibrinogen, a Birefox kit made in England was used. In this method, after preparation of dilution of 1/10 from samples and addition of thrombin solution, clotting time was recorded in samples of patients and fibrinogen concentrations were calculated using standard charts and clotting time. Fibrinogen concentration was considered normal at 200 - 400 mg/dL (14, 15).

2.5. Statistical Analysis of the Results

The data were assayed by descriptive statistical methods. Test results and information collected by the questionnaire were analyzed with Microsoft Excel and SPSS v. 22.0 using Chi - square and one - way analysis of variance test at a significant level of less than 0.05.

3.1. The Results of Titration of Anti - Toxoplasma IgG and IgM Using ELISA

Analysis of the Results of IgG Avidity Test with Anti - toxoplasma IgG and IgM (P < 0.05)

3.2. The Results of IgG Avidity Test

In the studied population, IgG Avidity test was performed on 48 samples of mothers with positive or suspicious serum Anti - toxoplasma IgG and IgM. Of these, 15 samples had low avidity, 11 samples were suspicious, and 22 samples had high avidity (Figure 1). Analysis of the results of IgG Avidity test with anti - toxoplasma IgG and IgM was significant (P < 0.05).

3.3. Analysis of the Results of Fibrinogen Level and Anti - toxoplasma IgG and IgM Titers

Analysis of the Results of Fibrinogen Level with Anti - toxoplasma IgG and IgM Titers (P > 0.05)

We would like to acknowledge the financial support of Iran University of Medical Sciences.

Copyright © 2018, Journal of Archives in Military Medicine. This is an open-access article distributed under the terms of the Creative Commons Attribution-NonCommercial 4.0 International License (http://creativecommons.org/licenses/by-nc/4.0/) which permits copy and redistribute the material just in noncommercial usages, provided the original work is properly cited
download pdf 240.74 KB Get Permission (article level) Import into EndNote Import into BibTex
Number of Comments: 0