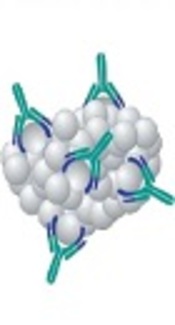 Monoclonal Antibody Consumption Pattern in a Sponsored Tertiary-Care Healthcare System in a Developing Country: A Five-Year Study From 2013 - 2017

We performed a comparative analysis of consumption pattern of monoclonal antibodies in a sponsored tertiary-care healthcare system during 2013 - 2017. The humanized anti-IgE monoclonal antibody, omalizumab, was compared with various groups of drugs used for the treatment of bronchial asthma such as combination of long-acting β-agonists and inhaled corticosteroids, short-acting β-agonists and anticholinergics, and inhaled corticosteroids and leukotriene receptor antagonists.

The study showed an increasing trend of healthcare costs and proportionately increasing use of monoclonal antibodies, which add to the quality of care through increased efficacy and safety. We need to accept the fact that quality comes with an additional cost burden, and costs can be optimized with economy of scale.

Monoclonal antibodies are relatively newer molecules in the armamentarium of modern healthcare, which have been used as diagnostic and therapeutic agents for approximately 30 years (1, 2). In 1986, muromonab CD3, the first monoclonal antibody was approved for preventing acute transplant graft rejections, and since then more than 60 monoclonal antibodies have been approved by United States-Food and Drug Administration (US-FDA). More than 70 monoclonal antibodies are being employed in oncology, toxicology, infectious diseases, and rheumatology. Their astound utility and superiority over conventional therapeutics has boosted their usage leading to an estimated global market value of more than 75 billion USD, which is expected to scale up to 120 billion USD in future years (3).

The idea behind monoclonal antibodies began by Kitasato and Behring, who were successful in curing infectious diseases such as anthrax, diphtheria and tetanus with serum of recovering infected patients referred to as ‘Magic bullets’ (4, 5). Immunotherapy was successful and promising although led to serum sickness in patients. This gave impetus to overcome this limitation and in 1975, Kohler and Milstein developed a novel technique to isolate a single clone of antibodies known as monoclonal antibodies against a particular antigen by fusing B-lymphocytes from the spleen of immunized mice and cancerous myeloma cells through hybridoma technique (6-8). Inherent limitations of mouse models are attributable to immunogenicity manifesting as hypersensitivity, acute anaphylaxis and pseudoallergic reaction, which have been addressed through recombinant technology leading to development of less immunogenic monoclonal antibodies, such as chimeric, humanized and fully human, compared to the initial chimeric monoclonal antibodies. Low yield of initial myeloma cell lines and short genetic stability through hybridoma techniques have been addressed through Escherichia coli expression systems, transgenic animals, phage display technique and human hybridoma technology (1, 5, 7, 9).

Half-life of polyethylene glycol amalgamation, better known as PEGylation, has been considerably prolonged by improved pharmacokinetics, and genetic engineering has helped to considerably improve its specificity, cost, toxicity and post-effector function (1, 10-13). The newer production line of monoclonal antibodies comes forth with improved efficacy and safety of the current generation monoclonal antibodies and has led to a meteoric growth in their utility (1, 3, 5). Despite clinical superiority of monoclonal antibodies, high cost on the exchequer remains a serious limitation in their deployment in frontline healthcare, especially in developing countries’ healthcare systems, which are under resource limitations and financial austerity. The current ambispective study was undertaken to study the consumption pattern of monoclonal antibodies in a tertiary-care teaching and research facility under a sponsored healthcare system in a developing country.

The study assessed the consumption pattern of monoclonal antibodies in a tertiary-care teaching hospital under an institutional sponsorship-based healthcare delivery model over a five-year period (from 2013 to 2017). The proportional consumption of monoclonal antibodies was studied for clinical and budgetary analyses utilizing suitable clinical comparators. The humanized anti-IgE monoclonal antibody, omalizumab, was compared with various groups of drugs used for the treatment of bronchial asthma such as combination of long-acting β-agonists and inhaled corticosteroids, short-acting β-agonists and anticholinergics, and inhaled corticosteroids and leukotriene receptor antagonists (14, 15). Cost expansions due to the development of newer drug-delivery modules such as inhalers, respules, rotacaps and tablets were included. A comparative analysis was performed in the annual consumption pattern of monoclonal antibodies, immunomodulators, anti-HIV drugs and all insulin preparations from 2013 to 2017.

The consumption pattern revealed a three-fold increase in the number of monoclonal antibodies during 2016 - 2017 compared to the three-year period from 2013 to 2015 (Figures 1 and 2). The comparative analysis of omalizumab with other medicines used in bronchial asthma such as salmeterol-fluticasone, salbutamol/levosalbutamol-ipratropium bromide formulations, budesonide formulations and montelukast revealed that omalizumab incurred the highest cost burden amongst them (Figure 3). The comparative analysis of usage pattern of monoclonal antibodies, immunomodulators, anti-HIV drugs and all insulin preparations demonstrated an annually rising cost burden of monoclonal antibodies (Figure 4).

Use of monoclonal antibodies

Comparative analysis of omalizumab with other medicines used in bronchial asthma

A comparative analysis of usage patterns of monoclonal antibodies, immunomodulators, anti-HIV drugs and all insulin preparations

In order to give a disease-based perspective, we selected asthma as it is a chronic inflammatory disease of airway affecting around 300 million people worldwide (16). Our study assessed the comparative expenditure of omalizumab, an anti-IgE monoclonal antibody approved for use in moderate to severe persistent asthma in patients at six years of age and older. We found that monoclonal antibodies were the costliest, although they are increasingly prescribed owing to their efficacy and safety (17).Various studies demonstrate it to be cost-effective only when targeted at responding patients or by reducing the cost of drug (18, 19).

An immunomodulator may be defined as a substance, biological or synthetic, that can stimulate, suppress or modulate any of the components of the immune system including both innate and adaptive arms of the immune response (20). Various immunomodulators are used in various aspects of therapeutics. National Aids Control Organization report in 2015 suggests that India has an estimated 2.1 million people living with HIV and contains the third largest epidemic in the world. Hence, anti-HIV drugs would amount to a substantial burden on healthcare. Similarly, diabetes being a major healthcare problem worldwide has led to massive drain on healthcare budgets due to high cost of insulin and newer antidiabetic medicines. India, with an estimated 65 million diabetics, constitutes one-fifth of all diabetic patients in the world and has been termed as the “diabetic capital” (21).

Various monoclonal antibodies targeting a variety of diseases are being tested in advanced stages of clinical trials. The future of monoclonal antibodies appears promising as approximately four new products are getting approved every year wherein the results of the study can be extrapolated. The list is expected to grow larger covering a whole range of diseases leading to expansion in worldwide consumption touching nearly 125 billion US dollars by 2020 (3). The arrival of biosimilars is likely to cover the gaps between expiry of patents of monoclonal antibodies.

Monoclonal antibodies are increasingly being employed in infectious diseases’ diagnostics and therapeutics. Enzyme immunoassays and enzyme-linked immunospot tests (ELISPOT) employ monoclonal antibodies for increased specificity. High-risk bacterial and viral pathogens can be combated by monoclonal antibodies. Anthrax, categorized as category-A agent of bioterrorism, has been employed during 1979 and 2001 for offensive attacks. Newer monoclonal antibodies such as obiltoxaximab for inhalational anthrax and raxibacumab for the treatment and prevention of anthrax have been approved for use. Bezlotoxumab has been approved for recurrent Clostridium difficile infections. Rafivirumab and foravirumab are useful in viral infections such as rabies. Monoclonal antibodies can be promising in emerging and opportunistic infections without a specific antimicrobial therapy or can be suitable in cases with contraindications for drug-therapy. They can also form a highly potent and specific passive immunity that can be safely administered in specific patient populations such as immunocompromised patients, transplant recipients and patients on onco-radiation therapy who have lost the inherent ability to generate adequate immune response towards pathogens (22, 23). Emerging opportunistic pathogens without having a specific treatment may also be targeted through monoclonal antibodies (24). With the scourge of antimicrobial resistance looming large, monoclonal antibodies form a useful research opportunity towards successful therapy in the absence of conceivable solutions to combat antimicrobial resistance (25-28).

The study sheds light on an increasing trend of healthcare costs and proportionately increasing use of monoclonal antibodies, which add to quality care through increased efficacy and safety. A comparative analysis in consumption pattern of monoclonal antibodies in a sponsored tertiary-care healthcare system revealed a three-fold increase in usage during 2016 - 2017. We need to accept the fact that quality comes with an additional cost burden, and costs can be optimized with economy of scale.

Copyright © 2018, Journal of Archives in Military Medicine. This is an open-access article distributed under the terms of the Creative Commons Attribution-NonCommercial 4.0 International License (http://creativecommons.org/licenses/by-nc/4.0/) which permits copy and redistribute the material just in noncommercial usages, provided the original work is properly cited.
download pdf 217.94 KB Get Permission (article level) Import into EndNote Import into BibTex
Number of Comments: 0