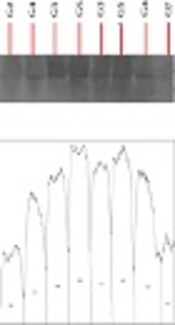 It seems that swimming training and curcumin consumption can be simultaneously used during withdrawal of binge alcohol abuse in order to improve GPX protein levels.

Alcohol consumption, especially its binge consumption, is one of the most serious health hazards in the world (1, 2). The alcohol percentage content of beverages in Europe is 3% while it is 40% in our country (3). In any case, the problem of alcoholism is undeniable and unfortunately, alcohol consumption is a precondition for many social and physical harms. Cancer of the mouth, throat, larynx, esophagus, liver, and breast are all related to alcoholic beverages (3). Studies have shown that ethanol consumption can increase blood pressure, lipid peroxidation, protein oxidation, changes in lipid profile, and secretion of leukocytes into the coronary artery and cardiac muscle (4). In contrast to the destructive effects of alcohol, a complex antioxidant system containing enzymatic and non-enzymatic systems eliminates and neutralizes free radicals, and hence prevents the detrimental effects of these materials on cellular macromolecules. The antioxidant enzymatic defense system mainly consists of superoxide dismutase (SOD), catalase (CAT), and glutathione peroxidase (GPX) enzymes. The long-term consumption of ethanol not only increases the production of free radicals, but also reduces the activity levels of the antioxidant defense system, which leads to oxidative stress with destructive results (5). In this regard, the prevention of alcohol abuse requires the application of multiple theories in various scientific disciplines (3). Many reports refer to the therapeutic role of exercise in treating and even preventing many diseases. They consider sports as a valuable contributing factor to the treatment of addiction (6). In addition, in normal conditions, free radicals are the byproducts of oxygen metabolism in the body, which can degrade cell membranes, react with genetic materials, and cause the development and progression of many diseases (7). However, during intense endurance (aerobic) activities, the production of reactive oxygen species (ROS) increases and it is thought that the main source of these substances is mitochondria of active muscle cells (8). Several studies have been conducted on the effect of exercise on the antioxidant system, some of which showed that long-term exercise improves the antioxidant capacity in animal models (9) and humans (10). Moreover, exercise training reduced the oxidative stress associated with ethanol consumption and aging in three-month-old rats (11). In a study, the interaction of endurance training and ethanol consumption on rats’ heart tissue was evaluated and SOD, CAT, xanthine oxidase, and lipid peroxidation factors were evaluated. In the mentioned study, it was shown that with increasing age, antioxidant enzymes decreased and oxidative stress increased. In addition, alcohol consumption in both elderly and younger age groups decreased the antioxidant enzymes and increased oxidation. Besides, the training and alcohol consumption group showed an increase in antioxidants and reduced oxidants compared to those who consumed alcohol but did not exercise (12). On the other hand, antioxidant substances can be effective in the improvement of many diseases. One of these materials is curcumin, which is an effective ingredient of turmeric (diferuloylmethane) and has antioxidant, antibacterial, antifungal, antiviral, anti-inflammatory, and anti-proliferation properties. Curcumin inhibits the absorption of neutrophil granulocytes and myofibroblasts. It binds to thyroxin reductase (TR) and converts it into nicotine amide adenine dinucleotide phosphate (NADPH) oxidase, which prevents the formation of ROS (13). Many studies have reported the protective effects of curcumin against various diseases (14-16). Considering the literature, no study has been conducted to examine the antioxidant effects of exercise training and curcumin consumption on the heart in the course of alcohol consumption or its withdrawal.

In this experimental study, 40 male Wistar rats (200 ± 50 g) were purchased from the Animal Breeding Center of Pharmacology Department at Tehran University of Medical Sciences and maintained in the animal’s house of this university in order to adapt to the conditions. Standard environmental conditions were kept in terms of temperature, humidity, nutrition, and 12-hour-light and 12-hour-dark cycle. After 10 days of adaptation, all rats consumed alcohol for four days. In this study, ethanol was administered by intragastric gavage according to Maynard and Leasure’s paradigm (17). The rats were gavaged with ethanol (25% w/v ethanol in Entera Meal supplement with high protein) every eight hours for four days, starting from the first day of the experiment (totally 12 doses). The initial dose for each animal was 5 g/kg. Further doses were determined based on a six-point behavioral intoxication scale (0 = normal; 1 = hypoactive; 2 = ataxia or imbalance and motor inconsistency; 3 = ataxia + dragging abdomen and/or delayed righting reflex; 4 = absent righting reflex; and 5 = absent eye blink reflex). Each point on the scale corresponded to an accompanying dose of ethanol, such that the greater the observed behavioral intoxication, the smaller the subsequent dose. The rats were then randomly assigned into 5 groups of 8 for alcohol withdrawal for seven days including (1) control, (2) curcumin consumption, (3) swimming training, (4) curcumin consumption with swimming training, and (5) sham (using curcumin solvent). Rats in groups 3 and 4 performed swimming training five sessions per week for two weeks at a certain hour of the day (11:00 A.M.). Rats in groups 2 and 4 received the intraperitoneal administration of curcumin, 50 mg/kg, five times weekly for two weeks. The rats in the sham group received the intraperitoneal administration of DMSO (dimethyl sulfoxide) 50 mg/kg, five times weekly for two weeks. Nevertheless, rats in the control group did not perform any training and did not receive any administration. The swimming training protocol, which consisted of 10 sessions, started at 20 minutes and reached an hour after three sessions. It, then, lasted for an hour in the next seven sessions. After each swimming training session, the animals were dried with a towel and returned to their cages (18). The factory-made curcumin (batch No., 820354, Merck, German) was dissolved with DMSO solvent at 10% concentration and injected intraperitoneally with a specific dose 10 times per week for two weeks. At the end of the two weeks, the rats were anesthetized with ketamine and xylazine, and surgically treated to remove the heart tissue. Protein levels of GPX and SOD were removed by Western blot using an American Abcam-made GPX receptor antibody. For Western blotting, equal amounts of protein were isolated by 12% SDS-PAGE polyacrylamide gel. After the electrophoresis, the gel proteins were transferred to PVDF paper and the paper was placed in a blotting solution for an hour. The paper was then placed in the original antibody at 4°C overnight. On the second day, it was washed three times with TBST solution. Then, a paper with beta-actin antibody was placed on the paper and again, it was incubated with the secondary antibody. The beta-actin control was also displayed in the radiology film, and the obtained bands were quantified by the Image J program. For analysis of the research findings, the Kolmogorov-Smirnov test and two-way analysis of variance test were used (P ≤ 0.05).

Table 1. The Mean and Standard Deviation of Protein Levels Measured by the Western Blot Method in the Five Groups of Study

Table 2. Results of Two-Way ANOVA to Investigate Changes in SOD and GPX Protein Levels in the Five Groups of Study In general, it can be concluded that swimming training along with curcumin supplementation has antioxidant effects on the heart tissue of rats during withdrawal of binge alcohol consumption, although this increase was not significant in superoxide dismutase.

The present study is the result of a Ph.D. dissertation by Asiye Seyyed approved by Larestan Branch, Islamic Azad University. In this regard, the spiritual contributions of the research deputy of the university branch are appreciated.

Copyright © 2019, Journal of Archives in Military Medicine. This is an open-access article distributed under the terms of the Creative Commons Attribution-NonCommercial 4.0 International License (http://creativecommons.org/licenses/by-nc/4.0/) which permits copy and redistribute the material just in noncommercial usages, provided the original work is properly cited.
download pdf 216.20 KB Get Permission (article level) Import into EndNote Import into BibTex
Number of Comments: 0