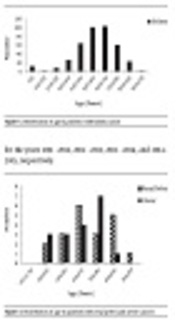 According to the literature, the incidence of kidney cancer is on the rise worldwide.

The aim of this investigation was to provide the data of period prevalence of kidney, renal pelvis, and ureter cancers in the general population including the military or non-military population in Isfahan province, Iran.

The incidence rate of kidney cancer showed increases by 20%. The data confirmed high mortality associated with cancer of renal pelvis. In order to decrease cancer incidence, healthcare planning should be based on military management together with a well-structured pharmacotherapy strategy.

Accounting for 2% of adult malignancies, renal cell carcinoma (RCC) takes third place among urologic tumors with multiple clinical aspects associated with its expansion. Differences in age, gender, and geographic distribution have been detailed. The prevalence of RCC has risen steadily and it has the highest mortality (around 40%) among the genitourinary cancers. Its maximum incidence was reported in the sixth decade of life with more frequency in Afro-American people (1-3). Among men and women, this malignancy takes the tenth and fourteenth places, respectively (4). RCC characterizes 85% to 90% of renal malignancies (5, 6). There is a strong correlation between smoking and RCC (7). Kidney cancer comprises malignant tumors arising from the parenchyma and renal pelvis in adults. Regarding the incidence rate of RCC, there is variability in worldwide reports with a high rate reported in Europe and North America and a low rate in Asia and South America (8). The highest incidence rate was found in Holland with values of 16.9 and 9.2 per 100000 population in males and females, respectively. The lowest incidence was 8.2 in males and 3.7 in females per 100000 population in Spain (9-12). Falebita et al. associated these findings with better diagnosis and registration (13). As the third province in terms of population (4982100 people) after Tehran and Mashhad cities, we tried to define the period prevalence and incidence rate in Isfahan province, Iran.

This study was designed to provide the most efficient data associated with the incidence of kidney, renal pelvis, and ureter cancers, as well as the mortality pattern in both military and non-military families.

Kidney, renal pelvis, and ureter cancers data were obtained from the Isfahan Cancer Registry, located at the Isfahan Deputy of Health (2011 - 2015). The study was conducted at the Isfahan Kidney Transplantation Research Center (IKTRC) and its protocol was reviewed for ethical purposes. Ethical clearance was issued by the Deputy of Research. The paper was extracted from a project with a certificate number of 295115.

The Isfahan Cancer Program is to record all cancer cases in military or non-military families in Isfahan. All pathology centers and other information resources such as hospitals, provincial mortality databases, hematology-oncology centers, radiotherapy centers, etc., are obliged to report their data to the Isfahan Cancer Office of Disease Control and Prevention (CDC). The management arm of the program is the Deputy of Research at the Isfahan University of Medical Sciences. The cancer types under study were defined according to the International Classification of Diseases (ICD-O; third edition). Kidney, renal pelvis, and ureter cancers were defined by the topography codes, C64, C65, and C66, respectively. Data, with linkage to using of the de-identified patient name and surname, demographic data such as age and gender, the final code for cancer diagnosis, and date of cancer report were recorded. The total population of Isfahan city was obtained from the Isfahan Program and Budget Management Organization. The period prevalence (PP) was calculated as the proportion of total cases over the period of 2011 - 2015 divided by the population at risk during the same period multiplied by 100000. The incidence rate (IR) was calculated by dividing new cases of cancer during a given period to the population at risk during the same period multiplied by 100000. The statistical analysis of d-Base was performed using Microsoft Excel and SPSS V. 20 (Chicago, IL, USA) for Windows (14-20).

Distribution of age in patients with kidney cancer Distribution of age in patients with renal pelvis and ureter cancers This study presented the most updated profile of incidence and mortality associated with kidney, renal pelvis and ureter cancers and trends based on high-quality data. Kidney cancer among adults comprises malignant tumors arising from the renal parenchyma and renal pelvis. Renal parenchyma cancer is the predominant kidney cancer, mainly of the adenocarcinoma cell type (renal cell cancer). The highest incidence rates were observed in Eastern Europe and North America while its mortality rates were the highest in European countries with an estimated economic burden of 1.6 billion dollars (21). Renal pelvis cancers are mostly of the transitional cell type (8). Renal cell carcinoma (RCC) is the third urologic tumor in incidence and has the highest mortality rate of the genitourinary cancers.

A recent study evaluated the incidence rate of kidney cancer in Iran. The results confirmed that the incidence rate of kidney cancer is low in Iranian men (ASR = 1.94 per 100000 population). Around 2% of adulthood and 2% - 6% of childhood renal malignancies are RCC. In agreement with a previous study (22), the male PP (= 11.3) was 80.9% higher than the female PP (= 6.4) in the current study.

Previous reports confirm that the increasing incidence in recent decades is associated with a better diagnosis of the disease. In the current study, there was a 20% increase in incidence from 2011 to 2015. The prevalence rates of renal pelvis and ureter cancers were 0.42 and 0.4, respectively, confirming that transitional cell carcinomas of the ureter and renal pelvis are relatively uncommon (3, 21-24).

In this study, there were the death rates of 14%, 86%, and 0% associated with kidney, renal pelvis, and ureter cancers, respectively. The previous publication reported that several factors could affect the incidence and mortality of cancer in different racial and geographical parts of the world, including the rate of screening performance in order to manage the risk of kidney cancer, accidental diagnosis, genetic and environmental risk factors, and socioeconomic status. Prominent risk factors comprise cigarette smoking, obesity, and hypertension. Accumulating evidence suggests an etiologic role for physical inactivity, alcohol consumption, high parity among women, and occupational exposure to trichloroethylene. Modifications in lifestyle could change many of the mentioned risk factors, suggesting a strong prospect for intervention (3, 21-26).

The incidence rate of kidney cancer showed increases by 20% in this study. Reported data confirmed high mortality associated with renal pelvis cancer. Therefore, we propose approaches to increase service availability for patients with signs of cancer to facilitate appropriate diagnosis. In addition, studies that concern population-based designs, such as representative surveys that collect data directly from individuals, could supplement data for more precise estimation of cancer incidence and mortality.

This study was based on available recorded data associated with kidney cancer from military and non-military people. The results of this study cannot be extended to individualized pharmacotherapy such as previously published reports in the Iranian population (27-30). Kidney cancer is a condition that needs both pharmacotherapy and surgical management. Taking this study as a reference, further research involving updated sample sizes is proposed to plan. Finally, in order to provide satisfying guidelines, this investigation could be used for supportive care that extends to both military and non-military population.

The author appreciates the contribution of the staff of Cancer Registry located at the Deputy of Health and expresses sincere thanks to Professors Hamid Mazdak (head of department), Mehrdad Mohammadi (head of Isfahan Kidney Transplantation Research Center), and Massieh Sabouri (head of Alzahra Research Center).

Copyright © 2019, Journal of Archives in Military Medicine. This is an open-access article distributed under the terms of the Creative Commons Attribution-NonCommercial 4.0 International License (http://creativecommons.org/licenses/by-nc/4.0/) which permits copy and redistribute the material just in noncommercial usages, provided the original work is properly cited.
download pdf 106.42 KB Get Permission (article level) Import into EndNote Import into BibTex
Number of Comments: 0