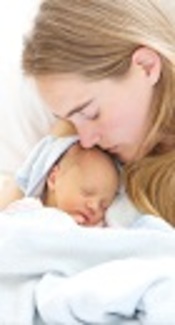 Investigating the Relationship Between Mother-Child Bonding and Maternal Mental Health

Mother-child bonding is rooted in the affective relationship between mother and child that is shaped during pregnancy and leads to the mental growth of infants.

This study was conducted to determine the relationship between mother-child bonding and maternal mental health in Ilam.

In this descriptive-analytical study, 300 mothers in Ilam were selected using a two-stage cluster sampling method. The demographic characteristics questionnaire, the mother-infant bonding scale, Spielberger anxiety inventory, and edinburgh postnatal depression scale constituted the data collection instruments in this study, which were completed in the eighth to tenth postnatal week. Data were analyzed in SPSS via descriptive statistics (means and standard deviations) and inferential tests (t tests and ANOVA).

Mother-child bonding is rooted in the affective dimension of the mother-infant relationship (1), which is shaped during pregnancy and leads to the mental growth and development of infants (2). Mother-child bonding is influenced by different factors, which are as follow: infant-related factors including delayed birth, breastfeeding, physical problems, and restlessness; parental factors including attachment style, physical ailments, postpartum depression, and social support networks; and maternal mental health problems (3, 4).

Mother-child bonding leads to a mother’s gentleness, warmth, concern, and care about her child’s health and it is characterized by maternal behavior, such as looking at, touching, smiling, and talking with the child (5). In fact, mother-child bonding facilitates children’s mental, affective, and social health (6, 7). However, possible disruptions in the formation of this bond will affect children’s development and result in the appearance of complications, such as psychosocial disorders, avoidant personality disorder, separation anxiety disorder, failure to thrive, criminal activity, and/or borderline IQ (8, 9).

In the present descriptive-analytical study, those mothers who were referred to the health centers in Ilam in 2016 were assessed. The optimal sample size of 300 participants was selected based on previous studies (25). A two-stage cluster sampling method was implemented in this study. Thus, each of the 10 clinics in Ilam was considered as a cluster, and 30 participants were enrolled in the study from each of the clusters. The inclusion criteria for participation in this study consisted of willingness to participate in the study, being at least literate, and having no history of mental disorder. The exclusion criteria included having a baby who died, the occurrence of an incident such as the death or hospitalization of a family member, and the hospitalization of pregnant women due to delivery complications.

In this study, the data collection instruments included the demographic characteristic questionnaire, the mother-infant bonding scale (19), the Spielberger anxiety inventory (26), and the Edinburgh postnatal depression scale (25-27), which were completed in the eighth to tenth postnatal week. The mother-infant bonding scale was used for the early diagnosis of mother-child bonding disorder; it contains 25 items with 4 factors: rejection and anger (7 items), anxiety about caring for the baby (4 items), weakened bonding (12 items), and risk of abuse (2 items). The items of this scale are scored using a Likert-type scale from never (0) to always (5). Finally, respondents obtain a score between 0 and 125, with higher scores representing problematic mother-child bonding. Previous studies have confirmed the validity and reliability of this scale (19, 25).

The Spielberger anxiety inventory consists of 40 questions that measure state anxiety (20 items) and trait anxiety (20 items). The items pertaining to state anxiety are scored using a Likert-type scale from very low (1) to very high (4), and the items related to trait anxiety are scored on a Likert-type scale from never (1) to always (4). For this assessment tool, scores between 20 and 40 suggest mild anxiety, scores from 41 to 60 represent moderate anxiety, and scores from 61 to 80 suggest severe anxiety. The reliability of this questionnaire was confirmed in Behrooz Mahram et al.’s study, with a Cronbach’s alpha coefficient of 0.91 (26). The Edinburgh Depression Scale contains 10 four-choice questions, with ascending scoring from low to high intensity for items 1, 2, and 4, and descending scoring from high to low intensity for items 3, 5, 6, 7, 8, 9, and 10. In this scale, each item is scored from 0 to 3 and the total scores range from 0 to 30. Mothers who obtain a score above 12 are considered to be depressed. The reliability of this assessment tool was examined and verified in Galeshi et al.’s (2016) study (25, 27).

Considering the ethical aspects of this study, the researcher embarked on conducting the research after obtaining permission from the ethics committee of Ilam University of Medical Sciences. Participants were free to accept or reject participation in the research. The participants in this study were assured that their information would remain confidential and that they would not need to provide their names. Data were analyzed using descriptive statistics (means and standard deviations) and inferential tests (independent t-tests, ANOVA) at a significance level of less than 0.05.

The findings of this research showed that most of the mothers suffered from a mother-infant bonding disorder. A weakened bond was the most prevalent type and the least common disorder was related to the risk of child abuse. In Galeshi et al.’s (2016) study, which was done in Tabriz (25), the highest and lowest levels of disorder pertained to weakened bond and anxiety about caring for the baby, respectively. In Aflakseir and Jamali’s study in Shiraz (19), weakened bond was the most prevalent disorder, which is consistent with the results of this study.

Copyright © 2018, Journal of Comprehensive Pediatrics. This is an open-access article distributed under the terms of the Creative Commons Attribution-NonCommercial 4.0 International License (http://creativecommons.org/licenses/by-nc/4.0/) which permits copy and redistribute the material just in noncommercial usages, provided the original work is properly cited
2022-05-28 08:58:45
The happiest moment in life is hearing the mother's call on the baby's facebaby's face