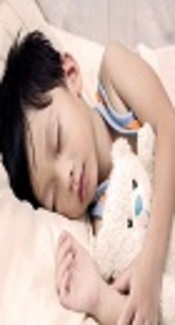 The vital role of sleep and sleep disorders in children has been proven. Children, who suffer from sleep disorders, experience more behavioral problems, depression, and anxiety in childhood, learning disabilities, and emotional development impairment. The aim of this study was to evaluate sleep habits of primary school students in Shiraz and its relationship with demographic factors.

This cross-sectional study was conducted on 200 students (100 female students and 100 male students) aged 8 to 12 selected from four (one to four) different educational districts of Shiraz during the academic year 2016 - 2017. The data were collected using the CRSP questionnaire. The sleep questionnaire and a demographic questionnaire were filled out by asking children to answer the questions. Descriptive statistics, T-test, Spearman correlation coefficient, and other statistical methods were used in this study. Data were analyzed using SPSS ver.24 software and the significance level was less than 0.5.

The results of the study indicated that children sleep duration varied from six to 13 hours with an average of 9.18 ± 1.5 hours. 50% of children had less than nine hours of sleep and only 40.5% of them had nine to 11 hours of proper sleep. The median of bedtime was 10:00 p.m. and a significant percentage of children (25%) went to bed after 11:00 p.m. There was a significant relationship between age, bedtime, and sleep duration. Furthermore, boys displayed significantly longer sleep duration in comparison with girls.

According to the results of the study, a significant percentage of children did not have adequate sleep at night. As a result, it is necessary to pay more attention to children’s sleep habits and sleep patterns. It is suggested providing parents and children with adequate information about sleep patterns, sleep health, and sleep disorders and even giving them appropriate strategies.

Sleep is a very complex physiological process comprising approximately 40% of the lives of children up to the age of 18 years (1). The vital role of sleep and sleep disorders is evidenced in children growth and even in their physical and mental health (2-4). Adequate sleep is a biological necessity that is essential for living and optimal performance (5). Changing people’s lifestyles and behaviors over the years have also affected their sleep patterns.

Excess electronic entertainment, television viewing, watching DVDs, playing video games, and using social media until late at night, have caused a delay in bedtime. As morning waking time and work time are constant, people have been experiencing less sleep (6). Sleep deprivation and sleep limitation have a direct relationship with a decrease in people’s performance (5). Sleep disorder or inadequate sleep is related to obesity, the poor cognitive function including poor learning, attention, and performance in school and problems in emotional regulation including symptoms of depression, anxiety, and family impairment (7).

There are relatively few studies about sleep habits of healthy school-age children. Contrary to beliefs, it is shown that sleep deprivation is prevalent among school-age children (8, 9). Further studies are needed to increase the awareness of the medical community about sleep patterns and sleep disorders among children. Therefore, we decided to carry out a study in sleep patterns of primary school children in Shiraz, located in the south of Iran. The aim of this study was to evaluate sleep patterns of primary school children and their relationship with demographic factors and to make corrective decisions if there are inappropriate sleep patterns and habits.

In this cross-sectional study, 200 children aged 8 to 12 were selected. They lived in Shiraz and they were studying in four educational districts of the city from November 2016 to March 2017. 50% of the participants were boys, 50% were girls, and they were equally distributed in the second to sixth grades. 40 students in each grade participated in the study. A multistage random sampling method was used. After obtaining permission from the Education Department, a list of all private and public primary schools was prepared. The schools were located in the educational districts of one to four. One school for girls and one for boys were randomly selected from each district. In each school, five students were selected from the second to the sixth grades and totally 200 students entered the study. The questionnaire consisted of two sections. The first section of the questionnaire was related to demographic factors including children and parents characteristics. The second section consisted of questions about children’s sleep patterns. CRSP (The children’s report of sleep patterns) questionnaire was used to evaluate sleep patterns. Lisa J. Meltzer et al. assessed the validity of the questionnaire on 388 children in 2012. This questionnaire is used to screen sleep patterns, sleep health, and sleep disorders in children aged 8 to 12. The reliability coefficient of the questionnaire was 0.77 estimated by Cronbach’s alpha and 0.82 by test-retest. The accuracy of the questionnaire was shown by actigraphy and parents report about children’s sleep (7). The subject of this study was approved by the University ethics committee.

The researcher completed the questionnaire through conversation with the children. The exclusion criteria were acute or chronic diseases, psychological problems, physical and mental disabilities, single parent, child of divorce, using the hypnotic drug, or reluctance to participate in the study. Statistical analysis was performed using SPSS ver.24 software. Descriptive statistics, T-test, Spearman Correlation Coefficient, and other statistical methods were used in this study.

Table 1. Demographic Characteristics of the Participants

aValues are expressed as mean ± standard deviation or No. (%).

The difference might be because school starting time differs in different countries. Moreover, in the present study, the holidays were included in calculating the mean awakening time. In the present study, there was a direct relationship between children’s age, sleep duration, and bedtime. Older children had less sleep duration and they went to bed later. The results of this study were in line with the results of studies carried out by Shoghy et al. (6) Olds et al. (15) van Litsenburg et al. (8) Jafarian et al. (10) Khazaie et al. (3) Meltzer et al. (7) and Asgarian et al. (13) In all these studies, there was a direct relationship between bedtime and sleep duration.

In this study, there was a relationship between sleep duration and sex. Sleep duration was significantly longer in boys than in girls while in studies carried out by Olds et al. (15) Khazaie et al. (3) and Asgarian et al. (13) sleep duration was longer in girls than in boys. Shoghy et al. and Jafarian et al. found there was no significant relationship between sleep duration and sex in their studies (4, 6). The reason that boys sleep longer might be due to greater physical activity that comes with more fatigue; also, limitations placed on girls must be considered in Iranian societies.

In this study, younger children had less delay in sleep (felt asleep sooner) in comparison with older children. In a study conducted by van Litsenburg et al. (8), it was shown that older children got higher scores in terms of sleep delay and they fell asleep later. The analyses of this study showed that there was no significant relationship between sleep duration and parents’ education while Shoghy et al. (16) found there was a significant relationship between proper sleep duration and parents’ education; children whose parents had higher levels of education had more proper sleep duration.

In this study, the relationship between sleep delay and sex was not significant. However, in the study conducted by van Litsenburg et al. (8), there was a significant relationship between sleep delay and sex according to parents’ report. It was also shown that girls had more sleep disorders than boys did. However, the gender difference was not found in the reports that children turned in.

The findings of the study showed that children who live in Shiraz have different sleep patterns and sleep disorders compared to other societies. It might be due to the differences in race and culture and even different family and school programs.

The evaluation of children’s sleep by means of parent’s questionnaires is sufficiently related to the objective devices of sleep (such as actigraphy). Nevertheless, parents have less accuracy in evaluating the quality of sleep (17-19). Therefore, it is preferable if the data are reported by children themselves (8). The CRSP (The children’s report of sleep patterns) questionnaire was used in this study. Given the fact that a few numbers of articles have used children’s self-report, it is suggested conducting more extended studies using self-reporting questionnaires.

Since the lack of sleep and inappropriate sleep habits are frequent among children, it is suggested giving proper training to parents, health educators, and school officials to raise their level of awareness about proper sleep patterns and sleep health in order to correct children’s sleep patterns and prevent adverse consequences in childhood and adolescence.

We really thank the head of Shiraz education department, principals of schools and teachers who help us conduct this study.