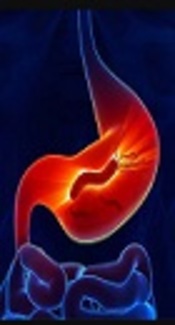 Helicobacter pylori is a common gastrointestinal pathogen in human. The mechanism of its acquisition and transmission is unclear, although the most likely mode of transmission is fecal-oral or oral-oral. Most of infections occur in childhood. The current cohort assessed the prevalence of infection in infants with different feeding strategies (exclusive breastfeeding, formula, or mixed feeding).

The current study was carried out in Vali-Asr hospital of Imam Khomeini hospital complex, Tehran, Iran, from 2012 to 2015.The study population included infants born in this hospital and registered in breastfeeding research center during the first 6 months of life. They were compared in 2 groups; exclusively breastfed, and formula or mixed fed. Mothers’ H. pylori infection was checked serologically using the enzyme-linked immunosorbent assay (ELISA) technique and those of infants by monoclonal antibody test using ELISA technique on stool samples at 1st and 6th month of life.

A total of 102 infants in 2 groups (54 exclusively breastfed and 48 formula or mixed fed) completed the study. Mothers’ serological assessments were positive in 68% of exclusively breast-fed subjects and 60% of formula or mixed fed subjects. All 1-month-old infants were negative for the infection and in the 6-month-old infants 10 cases (18.5%) were positive, 1 case was at borderline in the exclusively breastfed, and 13 cases (27%) were positive in formula- or mixed-fed subjects. This difference was not statistically significant (P = 0.302). The Mantel-Hanzel test was used to find a relationship in H. pylori positivity in mothers and infants during the first 6-month of life in each of the 2 groups. It was found that out of 37 serologically positive mothers in the breastfed group, 8 infants (22%) were H. pylori positive and in the formula and mixed-fed group, of 29 serologically positive mothers 10 infants (34%) were also H. pylori positive, but the difference between the groups was not statistically significant (P = 0.727). It meant that the prevalence of infantile H. pylori infection was similar in the 2 groups.

The current study findings showed that exclusive breastfeeding had no role in protection or facilitation of H. pylori infection.

Helicobacter pylori are among the most common human gastrointestinal pathogens with worldwide spread in both children and adults (1-3). It is a Gram-negative S-shaped bacillus producing urease, catalase, and oxidase and these enzymes may play an important role in the pathogenesis of the microorganism in peptic ulcer disease (4).

The mechanism of H. pylori acquisition and transmission is unclear, although the most common way of transmission is fecal-oral or oral-oral. The bacteria can be isolated from the stool or vomitus of the infected people. The risk factors such as low socioeconomic status during the childhood or infection of other family members may influence the incidence (4).

Helicobacter pylori cause chronic active gastritis in all infected children, although they are often asymptomatic. The infection may present with abdominal pain or vomiting and less frequently refractory form of iron deficiency anemia or growth retardation. Rarely, it may be associated with chronic autoimmune thrombocytopenia. Chronic colonization with H. pylori can be associated with significantly increased risk of duodenal ulcer, gastric cancer (CA) such as adenocarcinoma or mucosa-associated lymphoid tissue (MALT) lymphoma. The relative risk of gastric CA in the infected adults is 2.3 - 8.7 times higher than that of the non-infected adults and the world health organization (WHO) classified it in the 1st group of carcinogens (4).

Anemia, idiopathic thrombocytopenic purpura (ITP), short stature, and sudden infant death syndrome (SIDS) are reported as extra gastrointestinal (GI) findings of H. pylori infection. In a study, H. pylori infection was associated with SIDS, but there was no evidence of H. pylori effect on its pathogenesis (4).

The diagnosis is made according to histology and finding the bacteria in biopsy specimens. Urea breathing test with C13 and stool antigen tests are the non-invasive methods to diagnose H. pylori infection (4).

According to the literature, H. pylori infection is an important risk factor for developing chronic active gastritis, peptic ulcer disease, and even gastric CA (1, 2, 5). Most of the infected people get it during childhood (6-8). Recent epidemiologic evidence suggests that chronic H. pylori infection acquired during very early childhood can result in gastric CA and primary gastric lymphoma in adults and children (8-10). The risk factors for H. pylori acquisition are extensively studied, but there is confusing data about the role of breastfeeding in preventing the infection (11). The current study mainly aimed at comparing the incidence of H. pylori infection in 2 groups of exclusively breastfed infants and formula- or mixed-fed infants during the first 6 months of life.

The current cohort was conducted on infants registered by Breast Feeding Research Center of Imam Khomeini Hospital Complex from 2012 to 2015. They were randomly included in the study and followed up for 6 months in 2 groups; exclusively breastfed, and formula- or mixed-fed. A datasheet was filled for each subject. The infants whose parents did not want to continue the study or did not refer at 6 months of age or did not provide the stool samples were excluded from the study. Totally, 102 of 180 enrolled cases completed the study. Mothers serologically were assessed by the enzyme-linked immunosorbent assay (ELISA) kits. Infants’ infection status was also checked by the stool test of monoclonal antibody (Ab) against H. pylori using ELISA (Astra Formedic). The 1st infant’s stool specimen was received in 3 - 5 weeks of age and the 2nd one during 5 to 7 months of age. By comparing the 2 groups for the acquisition of infection, it was investigated whether exclusively breastfeeding can protect or facilitate H. pylori infection.

Data were transferred into SPSS version16 and analyzed with chi-square, T test, ANOVA, and logistic regression; P value < 0.05 was considered statistically significant and the power of study was 80%. The Mantel-Hanzel test was also performed to find a relationship between maternal serology of H. pylori and infant’s H. pylori infection at the first 6 months of age in each of the 2 groups. The study was ethically and scientifically approved by Tehran University of Medical Sciences (registration code: 91-01-105-16660).

Totally, 2 groups of 54 and 48 breastfed, and formula- or mixed-fed infants completed the study. The demographic features were matched by the 2 groups (Table 1).

The mean duration of exclusive breastfeeding in the breastfed group was 5 months and 10 days (ranged 4.5 to 6 months) and 13 days in the mixed-fed group (ranged 0 to 45 days).

The mean age of infants when starting formula in the mixed-fed group was 9 days (ranged 1 to 30 days).

The keeping place of infants in the breastfed group was relatives’ house in 1 case and in mixed- fed group was the day care center in 1 case; all other infants were looked after at home.

About H. pylori infection in 1 month of age, all the cases were negative and in 6 months of age in the breastfed group 10 cases(18.5%) were positive and 1 case (1.8%) was reported borderline, while in the mixed-fed group 13 cases (27%) were positive. In 2 positive cases of breastfed and 3 of the mixed-fed groups, mothers were serologically negative for H. pylori infection and the result was positive for other cases.

The mean duration of exclusive breastfeeding in positive cases of the breastfed group was 5 months and 7 days. In the mixed-fed group, in 10 positive cases (77%) formula was first used during neonatal period and in 3 cases (23%) formula feeding was started from 1 month of age.

In the current study, 2 groups of breastfed and formula- or mixed-fed infants were compared for H. pylori infection during the first 6 months of their lives. At the age of 1 month, there was no positive case in the 2 groups, and at the age of 6 months, there was no statistically significant difference in the incidence of H. pylori infection between the 2 groups (P = 0.302).

In a study in Children’s medical center, there was no statistically significant difference in gender between H. pylori positive and H. pylori negative cases (17) that was in agreement with the findings of similar studies (11, 14), but in the current study, the prevalence of H. pylori infection was significantly higher in female infants(74% vs. 26%) (P = 0.012); although the number of female and male infants in the study was almost equal (51% vs. 49%).

About relationship between H. pylori infection and type of delivery, previous studies reported no evidence, but in the current study, although in 74% of H. pylori positive cases of the 2 groups the delivery method was cesarean section (C/S), the association was not statistically significant (P = 0.941) and it can be attributed to the higher rate of C/S than normal vaginal delivery (NVD) in both groups (74.5% vs. 25.5%).

About the relationship between the place of keeping infants and mothers’ H. pylori infection, there was no statistically significant difference (P = 0.154) (P = 0.122).

No significant correlation was observed between H. pylori infection and gastroesophageal reflux disease (GERD) among the studied infants (P = 0.655), which was according to the outcomes of the study by Emiroglu et al. (25). In a study by Abdollahi et al. the possibility of protective effects of H. pylori against GERD in children was discussed (26).

Data were also analyzed using the logistic regression model, but no statistically significant correlation was observed.

According to the results of the current study, breastfeeding does not protect against H. pylori infection and also does not increase the risk of acquisition.

As Breastfeeding research center and Imam Khomeini hospital complex are the national referral centers for high risk pregnancies, a lot of cases were excluded from the current study and the study was continued with 2 groups of 54 and 48 infants.

It was a cohort of a limited number of infants and the results may not be generalized to the total population; more studies are needed to evaluate the effect of breastfeeding on the incidence of H. pylori infection.

The current study, as a medical student thesis and research project, was funded by the research chancellor of Tehran University of Medical Sciences, Tehran, Iran. The authors’ heartfelt thanks are extended to all the females who kindly agreed to participate in the study.

Copyright © 2017, Journal of Comprehensive Pediatrics. This is an open-access article distributed under the terms of the Creative Commons Attribution-NonCommercial 4.0 International License (http://creativecommons.org/licenses/by-nc/4.0/) which permits copy and redistribute the material just in noncommercial usages, provided the original work is properly cited.
download pdf 118.53 KB Get Permission (article level) Import into EndNote Import into BibTex
Number of Comments: 0