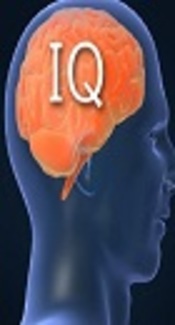 The Effect of Iron Deficiency on Intelligence Quotient in Eight- to Eleven-Year-Old Students of Zanjan, Iran

Iron deficiency is one of the most common nutrient defeciencies in the world. Iron plays an important role in the central nervous system. The aim of this study was to identify the association of iron deficiency with IQ level of students.

In this case control study, 289 randomly selected students aged eight to eleven years old were tested for iron, TIBC, Hb, and RBC indices. Iron deficient patients were referred to a psychologist to determine their IQ level with the Raven test. The IQ level of children with Iron deficiency was compared with a normal student randomly chosen and matched by age, gender, and socioeconomic status.

The IQ of cases and controls did not differ significantly. It seems that there was still controversies regarding the effects of IQ and iron deficiency.

According to the world health organization (WHO), anemia is seen in one-fourth of the world’s population with the iron deficiency being the most common cause (1). Iron deficiency is also the most common nutrient deficiency in the world and its prevalence in developing countries is up to 50% (2, 3). The role of iron in the brain could be explained by the fact that many enzymes in the central nervous system (CNS) are iron dependent, and iron could play an important role in dopaminergic pathways and in early myelination of the CNS (3-5). The learning deficits in adulthood may be due to abnormal hippocampal structure and plasticity, which could be affected by iron deficiency (2). Iron deficiency is proposed as a risk factor of attention deficit hyperactivity disorder (ADHD) and some neurologic disorders, like febrile seizure (6-8).

Many studies suggest the relationship between iron deficiency and poor cognitive function (9-13). Moreover, in iron deficient infants, longitudinal studies showed poor cognitive outcomes, especially in early childhood (14). However, the influence of confounding factors, such as other nutritional factors and socioeconomic status, should be considered (15). On the other hand, other studies did not find any association between iron deficiency and IQ level (3, 16), and there is not enough evidence that iron therapy has a positive effect on young children’s development (14). Furthermore,the resultsof iron therapy in iron deficient children are conflicting (17). Due to the limited pool of knowledge in the region of the current study, the researchers decided to evaluate the IQ level of iron deficient students and compare them with controls matched by age, gender, and socioeconomic status.

This case control study was carried out in Zanjan, Northwest of Iran. Two hundred and eighty-nine students aged eight to eleven years old, from nine schools with different socioeconomic status were randomly selected. Written informed consent was taken from the parents. The selected children were physically examined and were tested for hemoglobin, red blood count (RBC) indices, serum Iron, and total iron binding capacity (TIBC). Iron deficiency was considered as serum iron to TIBC ratio of < 15%. Children, who were diagnosed with iron deficiency, were referred to a psychologist to determine their IQ level with the Raven test. Reliability and validity of the Raven’s progressive matrices were defined by previous studies in Iran (18). For each child with Iron deficiency, a normal student was randomly chosen from the same class as a control to measure the IQ. The ethics committee at Zanjan University of Medical Sciences (ZUMS) approved the study.

Table 1. The Frequency of Iron Deficiencya

The students’ IQ level in cases and controls are shown in Table 2.

There was no significant difference in the IQ level between cases and controls.

Although the role of iron deficiency anemia on cognitive impairment is well documented in the literature, the influence of confounding factors should be considered. Based on this conception, many clinical trials have shown that iron supplementation could improve cognitive impairment and intellectual performance in children (9-13). In a multi-center birth cohort project in Korea, it was shown that besides iron deficiency, blood lead level was significantly associated with impaired cognitive function (19). Mubarak’s study showed a lower IQ level in iron deficient children compared to thalassemic and control groups (20).

Moreover, the fact that iron supplements in young children does not show improvement in cognitive, school performance, and behavioral problems in middle childhood, it is still a matter of debate (14). It was proposed that it may be due to social background or irreversible brain damage and it is not completely clear that it can be treated with iron (14).

Also in one study, prenatal iron supplement did not have a significant effect on IQ in four-year-old children of Australia (21). Daily iron supplementation also did not increase the IQ level nor the school performance of Thai children in a double blind, randomized clinical trial (22) and other nutrient deficiencies and deprived environment was proposed as its cause. Also, IQ scores were not significantly improved in six- to eight-year-old children after taking iron supplements in Umamaheswari’s study (17).

Although iron per se could influence cognitive performance, some authors had also considered that some symptoms of iron deficient anemic children on brain could be the result of anemia rather than the iron itself (15).

The present study did not find a significant difference in the IQ level between iron deficient cases and controls. Although children’s IQ level was not determined after iron supplements, yet the current results are similar to some other studies. It seems that there are still controversies regarding the effects of IQ and iron deficiencies, which requires further studies on different populations and different age groups.

This project was a thesis for a medical doctorate degree and was funded by the research department of Zanjan University of Medical Sciences. The authors greatly appreciate all participants in this study.

Copyright © 2018, Journal of Comprehensive Pediatrics. This is an open-access article distributed under the terms of the Creative Commons Attribution-NonCommercial 4.0 International License (http://creativecommons.org/licenses/by-nc/4.0/) which permits copy and redistribute the material just in noncommercial usages, provided the original work is properly cited
download pdf 93.12 KB Get Permission (article level) Import into EndNote Import into BibTex
Number of Comments: 0