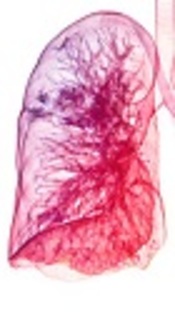 Reducing infant mortality in recent years is due to advances in care of neonates in the intensive care units (NICU), including the design of new ventilator devices in neonatal care. The application of mechanical ventilation devices is always associated with complications in all age groups including newborns. Several factors are involved in the development of pulmonary injuries and complications in neonates treated with mechanical ventilation. One of the most important factors involved in pulmonary injury is asynchrony during mechanical ventilation; the higher the asynchrony, the more the lung damage and the longer the mechanical ventilation time. Researchers always seek to use devices that have a greater synchrony, which quickly receive the infants` respiratory efforts and deliver the appropriate respiratory help at the same time that the patient breathes. Recently, using diaphragmatic electrodes, the activity of the diaphragmatic signal is transmitted to the ventilator. Then, a respiration is sent to the patient. By this mode- neurally adjusted ventilatory assist (NAVA) more synchrony respiratory support with the spontaneous efforts of patient are provided. In the current study, this mode was discussed in a few infants. It was tried to study the duration of hospitalization, the duration of oxygen therapy, the effects of oxygen therapy, and the complications of the respiratory system in this mode. It was concluded that NAVA provides more convenient ventilation with good results for neonates.

The application of mechanical ventilation in neonatal intensive care unit (NICU) has complications for neonatal infants. Ventilator-induced lung injury (VILI) included the barotrauma, volutrauma, atelectrauma, biotrauma, and rheotrauma (1). The new ventilation methods are developed and adjusted to lower the incidence of VILI especially in neonates while the lung is developing (2).

NAVA, neurally adjusted ventilatory assist, is a new method of assisted ventilation. In this mode, the diaphragmatic electrical signals are received through specific electrodes. The respiration assistance is provided simultaneously with the patient’s diaphragmatic impulse. Patient triggering with the diaphragmatic signals allow synchronization of ventilation to breathing efforts of a patient, thus, proportional pressure is delivered and VILIs are reduced (3). Some studies are conducted on the use of NAVA in neonates (4). This mode can be used even for premature infants. Breathing occurs with the physiologic feedback of the preterm baby and then enhances comfort for each breath (5). In the studies, NAVA can be performed even in preterm infants born at 28 weeks’ gestation (6). In the current study, NAVA mode was used in seven neonates with respiratory distress requiring mechanical ventilation. All the neonates demonstrated less oxygen requirements after introducing NAVA. The interval from starting the NAVA until extubation was very short (about three days). No adverse effects were observed with this mode in such neonates.

The current study conducted in the NICU of children’s medical center in Iran, a 12-bed medical and surgical unit, and aimed at reducing the complications of mechanical ventilation. After selecting the newborns eligible to the current study and obtaining written consent from their parents, a catheter was fitted for the babies. The inclusion criterion was severe respiratory distress and the exclusion criteria were esophageal atresia, deep sedation, congenital myopathy, and diaphragmatic palsy. The neonates included in the study had severe respiratory distress and did not respond to conventional ventilation. The ventilator mode in these patients was switched to NAVA in Servo-i (Maquet) ventilator. Authors had to make sure that the catheters were in the proper place by neural access menu in the ventilator monitor. NAVA set-up and backup modes were adjusted. NAVA level was adjusted to set proportional pressure at about the previous positive inspiratory pressure (PIP). The Edi signal was multiplied by the NAVA level to adjust the pressure assistance delivered to the newborn. The NAVA level was gradually increased until tidal volume, positive pressure was raised and Edi signal was decreased. In the current study, the average of NAVA level was 1.6 cm H2O/μV and with the same of NAVA level, the maximum required PIP was well provided. The clinical status of the baby was assessed during the study. If the baby had intolerance and the respiratory condition exacerbated or if other complications occurred, NAVA mode was changed; also, if the patients needed prolonged and severe sedation, NAVA was disconnected and neonates were excluded from the study. The current study protocol was approved by the ethics committee of Tehran University of Medical Sciences, Tehran, Iran.

Seven neonates with severe respiratory distress, admitted to NICU of Children’s Medical Center that did not respond to conventional mechanical ventilation were studied for 18 months. Five neonates were male and two female. Three neonates were term with the gestational age of 38 to 42 weeks, and four were preterm with the gestational age of 26 to 33 weeks. In one infant, non-invasive method was used and the invasive method was used in others. NAVA mode was ceased in two babies due to need for multiple and prolonged anticonvulsive drugs as well as severe sedation in one, and large vein of Galen aneurysm and its related cardiac complications in another. They were both excluded from the study.

In all of the patients, after changing the ventilator mode to NAVA, more coordination occurred between ventilator and patient respiration and the breathing of the baby became more relaxed. Duration of oxygen demand in the patients was 38 days and the duration of hospitalization was 45 days. Of course, the prolonged hospitalization and long-term oxygen demand in the patients was due to problems other than the respiratory issues. The interval from initiation of NAVA to extubation of the patients in the current study was very short (three days on average). The patients were studied for complications such as pneumothorax, intraventricular hemorrhage (IVH), bronchopulmonary dysplasia (BPD), and retinopathy of prematurity (ROP). None of the patients had any complication, such as pneumothorax, IVH, BPD, or ROP after applying the NAVA mode. Two babies had IVH, BPD, and ROP, and one had pneumothorax before NAVA mode. There was a death due to the large vein of Galen aneurysm.

In fact, NAVA creates a supportive respiration for the baby and allows the patient to match his/her respiratory system with synchronized ventilator respiratory pressure and adjust the breath to breath feedback.

Breatnach et al., used NAVA on 16 patients within the age range of two days to four years. They noticed more coordination between the device and the patient well as decrease in PIP using NAVA mode (7).

In another study by Stein et al. (4), on five premature infants, each neonate was ventilated for four hours by NAVA followed by four hours by PCV; the program was repeated in triplicate. In cases of NAVA ventilation, the levels of PIP, FiO2, transcutaneous PCO2, and RR were lower; compliance also improved by the NAVA method.

At Toledo hospital with 700 admissions in year, there are many good experiences with the application of NAVA. The application of this method in 40 infants resulted lower PIP in ventilation. The newborns were more easily disconnected from the ventilator by this mode (9).

Kadivar et al. (2), reported a neonate with difficult weaning. They could disconnect the neonate from ventilator by this mode. In addition, they reported that NAVA improved the synchrony between the patient and ventilator by decreasing ineffective efforts and reducing the need for increasing the ventilator setup without increased complications. These results were consistent with those of the current study and NAVA was a more appropriate method in respiratory assist in neonates.

Due to the use of Edi signals in NAVA method, the coordination between infants’ respiration and the mechanical ventilation is increased and the baby’s breathing is more relaxed.

Due to the fact that in the NAVA method, pressure is proportional to the need of the baby, high setups are prevented.

Table 1. Information of the Studied Patients

Since the interval from the initiation of NAVA to extubation of the patient in the current study was very short (three days on average), similar to other studies, it can be concluded that NAVA is an appropriate method in neonates with difficult weaning.

Complications associated with NAVA were not more than those of other methods.

Of course, a more comprehensive study is needed to conclude.

The authors would like to thank Mrs. Nasrin Bayati, neonatal intensive care nurse at the children’s medical center for helping to collect information and the parents of the infants for providing written informed consent.