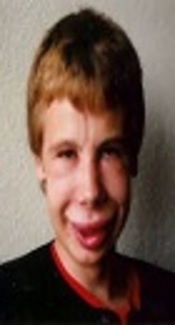 Nephrotic syndrome (NS) as a glomerular basal membrane disease has different outcomes. The current study aimed at evaluating epidemiologic status in NS and its correlation with the outcome in children.

The current hospital based study evaluated the patients of pediatric clinic at Amir-Kabir hospital. Demographic information was obtained by interviewing both the physicians and patients. Also, to determine the sesitivityto steroid drugs, children were given prednisolone (2 mg/kg/day with maximum dose of 60 mg/day) for four weeks and syndromes were determined based on children responses to the drug. Patients were divided into four groups of 25. At the end, data were transfered to SPSS program and the correlations between epidemiological information and different types of NS were investigated

Results of the current study showed that steroid responded children with frequent relapse as well as steroid dependent children had better epidemiological and socioeconomic status compared with the steroid resistance ones (P < 0.05).

Prognosis of NS or medication responses was related to epidemiological status of children.

Nephrotic syndrome (NS) as glioblastoma multiforme (GBM), in medicine and urology has a set of clinical manifestations due to increased glomerular membrane permeability, which occur due to high protein excretion (1, 2). Since non-nephrotic kidney has a low urinary protein excretion (Up/Cr < 0.2 or < 4 mg/m2/hour), excretion increases and reaches more than 2.0 U PR/Cr or 40 mg/m2/hour, which leads to some clinical manifestations including edema hypoproteinemia, and lipoproteins (3, 4). In children and young adults, this is almost invariably the continuum clinical counterpart of glomerular diseases in minimal change disease (MCD) and mesangial proliferative GN (MesGN) (5).

This syndrome, based on outcome, is divided into transient, persistent, asymptomatic, symptomatic, orthostatic, and fixed in types (6, 7). Syndrome treatment, independent of the underlying renal pathology, is by continuously taking prednisone for four weeks, as the basic approach of treatment, which in approximately 90% of children with MCD and 20% - 60% of those with focal segmental glomerulosclerosis (FSGS) achieves remission (8, 9). However, after steroid tapering or withdrawal, 60% - 70% of patients relapsed and most of them required repeated prednisone courses to achieve remission. Based on the relapse rate, the patients were classified as frequently relapsing or steroid-dependent; that is patients in most urgent, effective, and safer treatment (7, 10). The current study aimed at evaluating the epidemiological factors and their correlation with nephritic syndrome outcomes including steroid-dependent, frequently relapsing, and steroid resistance.

It was as a case series study conducted in pediatric clinic of Amirkabir hospital.

The patients were selected by representative sampling from children < 15 years old with nephritic syndrome diagnosis. The study data were obtained from patient-physician interviews. The current study considered 100 children with NS diagnosis. To determine the drug responses, each child was given prednisolone (2 mg/kg/day with maximum dose of 60 mg/day) for four weeks; based on their responses to corticosteroids in one month, children were divided into four groups as steroid responded, steroid resistant, frequent relapse, and steroid dependent.

Data analysis was conducted by chi-square test with SPSS at a significant level of < 0.05.

Epidemiological and clinical information were obtained by physician-patient interviews on admission to hospital.

Also, about epidemiological and clinical information of children families, indicated in Table 2, a statistically significant difference was observed among the groups in some factors including economic status (P = 0.001), mother’s BMI (P = 0.011), mother’s pregnancy age (P = 0.04), preeclampsia (P = 0.04), gestational hypertension (P = 0.001), consanguineous marriage (P = 0.001), and passive smoking of mothers (P = 0.001). The results showed a better status of the steroid responded group compared with the other groups.

The current study investigated the epidemiological and clinical information of children in different types of NS outcomes.

In a study by Chanchlani et al., on ethnic differences in NS, they reported that drug responses in NS outcomes varied with ethnicity (11). In another study by Huttunen et al., on Finnish type of congenital NS, they observed slight increases in blood urea nitrogen in 14 cases and 50% death of the children before six months without frank uremia developed before death (12). A study on the epidemiology of renal failure (RF) expressed high incidence of RF at PUHC-CDG of Ouagadougou (13). Takahashi et al., conducted a study on relapse triggers in children with steroid dependency; they observed 442 relapses in 2499 patients (14). Yousefichaijan et al., observed no statistically significant correlation between children with attention deficit hyperactivity disorder (ADHD) and steroid-dependent nephrotic syndrome (SDNS), and their healthy counterparts (15), which was not investigated in the current study. Sreenivasa et al., concluded that urinary tract infections (UTIs) are a common infection, which can lead to NS (16). In Feehally et al., concluded that NS was more preponderant in children living in the Leicester city (17). Mangia et al., observed that RF was associated with a wide range of different etiologies and different levels of morbidity, and consequently influenced the outcome of disease (18). Ruggenenti et al., concluded that Rituximab reduces immunosuppression needs in steroid-dependent or frequently relapsing nephrotic syndrome (19). The current study limitation was defective epidemiologic questionnaire completion by parents; after explaining to parents about the effect of NS on kidney and other body systems they agreed to cooperate. Furthermore, it is recommended to confirm the results by further studies.

The authors gratefully acknowledge their gratitude to the research council of Arak University of Medical Sciences (Grant Number: 2700) for the financial support.

Copyright © 2018, Journal of Comprehensive Pediatrics. This is an open-access article distributed under the terms of the Creative Commons Attribution-NonCommercial 4.0 International License (http://creativecommons.org/licenses/by-nc/4.0/) which permits copy and redistribute the material just in noncommercial usages, provided the original work is properly cited.
download pdf 96.07 KB Abstract XML Get Permission (article level) Import into EndNote Import into BibTex
Number of Comments: 0