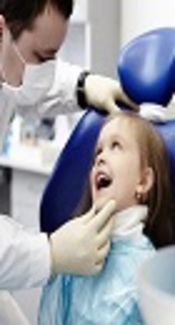 To determine the status of tooth decay and filling, in 7-year-old Iranian children, as well as a relationship with economic inequity

This cross-sectional study was conducted in 8 cities of Iran using random cluster sampling. In the selected cities, a number of primary schools were considered and all first grade students were evaluated. The data of the dental status of the students were collected from the health IDs completed in the beginning of the educational year.

We evaluated the dental status of 7-year-old Iranian children in this study for the first time. According to our findings, 58% of 7-year-old children have dental problems such as carries as well as fillings. Economic inequity, in the distribution of filled teeth, indicated a high number of filled teeth in the wealthy class of the society.

It seems that despite the increase in preventive strategies in different countries, oral problems such as dental carries are still a major challenge in all age groups, especially children (1). Although asthma is the most prevalent chronic disorder in children, the dental caries is more prevalent in Australian and American primary schools by a factor of 4 - 5 (2). According to the WHO statistics, about 60% - 90% of the students suffer from dental caries in a global level (3). This disease is associated with different factors such as the bacterial effect (4), level of income and culture of the society (5), living in a single-parent family (6), parental educational level (7), and nutrition and physical conditions of the children like obesity (8). As a result, oral health has become an important entity in WHO programs in different countries (9). The high prevalence of dental caries has negative effects on the quality of life of the children and their parents and imposes heavy costs on the healthcare system of the country (2). Oral health and prevention started in the early 60s, in Europe and USA, and markedly decreased dental caries in children. In Germany, the rate of dental caries in children aged 6 - 7 years decreased markedly from 3.2 ± 3.9 in 2003 - 2004 to 1.8 ± 2.5 in 2012 - 2013, indicating the success of preventive programs (10). DMFT is a factor used by the WHO to assess dental disorders in many epidemiologic studies (11, 12). Studies have shown that the high prevalence of dental caries in different Iranian cities is similar to other developing countries (3, 13, 14). On the other hand, statistics indicate an increase in consuming sweets and obesity in Iranian children, which are major causes of oral and dental diseases, especially dental caries (15, 16). Therefore, we evaluated the prevalence of dental disorders based on the DMFT and its association with the socioeconomic status of the students in different provinces.

The target population of this cross-sectional study was the 7-year-old children (first grade students) living in urban areas of Iran.

In this study, 8 Iranian cities were randomly selected from different geographical areas using multistage cluster sampling. Figure 1 shows the location of the 8 cities on the map of Iran. The cities were selected from different geographic zones, and economic and geographic distribution was considered in sampling. These cities were Sari, Birjand, Ardebil, Mashhad, Bandar Abbas, Dezful, Arak, and Yazd. In each city (cluster), an equal number of boys and girls schools were randomly selected. Then, in each school, all first-graders were selected for sampling. After determining the schools and obtaining authorization from the local authorities, consent forms were sent to the schools to be completed by the students’ parents or legal guardians. The data of the dental status of the students were collected from the health IDs completed in the beginning of the educational year. A general practitioner performed oral, dental, and gingival evaluation of the 1st graders according to the guidelines of the Iranian Ministry of Health using a questionnaire. In this part, the status of dental caries or filling and the gingival status in terms of inflammation were assessed. The following were considered as dental caries: 1, enamel discoloration to brown or black; 2, dental cavity; 3, tooth sensitivity to heat, cold, and sour or sweet foods; and 4, pain while pressing the teeth together. Filling was defined as dental caries filled with dental amalgam, composite, or the use of dental crown. Gingival inflammation was defined as redness, congestion, and swelling of the gums. Moreover, gingival bleeding during dental brushing or chewing on hard foods was another index of gingival inflammation, which was asked from the children or their parents.

The income of each province was calculated based on the reports of the statistical Centre of Iran.

In addition to describing the distribution of dental caries and filling in the provinces, we used national indices to determine economic inequality. For this purpose, we obtained the average annual income of households in each province from the Statistical Center of Iran. Then, we determined the representative income for each province and used it as the measure for the economic status of the province

In this study, we report the mean number of decayed and filled teeth and the prevalence of participants with at least 1 decayed or filled tooth along with 95% confidence intervals. Linear and logistic regression was used to evaluate analytical relationships. The effect of cluster sampling was considered for calculation of the standard error. We used the concentration index and its graph for economic inequity, the significance of the concentration index at a level of 5%. The provincial income was evaluated against the mean filled teeth to obtain this index.

The ethics committee of Arak University of Medical Sciences approved the study protocol, which was conducted in accordance with the tenets of the Helsinki Declaration. All participants signed a written informed consent.

In this study, a total of 70 schools, with 4614 students, were selected from 8 cities of Iran. Of them, 4106 students participated in the study (response rate = 89%). The data of 12 students were not included in the study due to the fact that they were not complete; therefore, the final analysis was performed on the data of 4094 first-graders.

Table 1. Mean and 95% CI of Tooth Decay and Filling in 7-year-old Iranian Children

According to the results of our study, 41.62% (37.36 - 45.88) of the 7-year-old children had at least 1 decayed tooth and 16.56% (14.46 - 18.66) had at least 1 filled tooth. According to Table 2, there was no significant difference in the prevalence of dental caries and filling between boys and girls. However, there was a significant difference in the prevalence of at least 1 decayed or filled tooth among different cities.

Table 2. The Prevalence of Dental Caries and Filling in 7-Year-Old Iranian Children

Figure 2 illustrates the distribution of decayed and filled teeth according to the income percentile in different cities. The number of filled teeth increased with an increase in income. The concentration index was 0.016 (0.012) for decayed and 0.165 (0.020) for filled teeth.

Table 3. The Results of Other Studies

We evaluated the dental status of 7-year-old Iranian children for the first time. The data of the study were the screening data. This study had strong and weak points, which should be considered. The most important strength of the study is its sample size and sampling from across the country, which increase the generalizability of the results. The weak point of the study is non-evaluation of the fallen-out and extracted teeth. The mean of decayed and filled teeth was 1.7 (1.51 - 1.88) and 0.26 (0.22 - 0.29), respectively. Several studies have briefly evaluated the DMFT in different age groups of Iranian children (13, 14, 18). In a study on 12-year-old students from Behshahr, the mean number of decayed and filled teeth was 1.35 ± 0.12 and 0.05 ± 0.12, respectively. Moreover, in this study, the rate of dental caries was higher in girls than boys (2). A study in Scotland also found that dental caries was markedly more prevalent in girls than boys, and one of the reasons was stated to be excess sweets consumption (3). On the other hand, in a study performed in Qazvin, Iran, on DMFT, in students aged 15 - 16 years old, the mean number of decayed and filled teeth was 2.71 ± 0.090 and 0.25 ± 0.07, respectively, which was markedly higher than the previous results in boys (4). It seems that the rate of dental caries increases in students with an increase in age in Iran. Studies conducted in India and England reported similar findings (5, 6). A report of 7-year-old school children conducted in Jeddah, Saudi Arabia, in 2006, showed that the mean of decayed and filled teeth was 6.92 ± 3.94 and 0.79 ± 1.47, respectively, which was much higher than our results (17). However, similar to our study, no significant relationship was found between dental caries and filling and the participants’ sex. In a study in Nigeria, although 67% of students had dental caries, no filled teeth were noted (22). In our study, 41.62% (37.36 - 45.88) of the children had at least 1 decayed tooth. However, 26% of the children in Kerala, India, 79.32% of the children aged 5-6 years in Taiwan, and 62%, 45%, as well as 44.62% of the children in Iraq, Amman, and India had at least 1 decayed tooth, respectively (3, 21, 23-25). On the other hand, we observed a great variation in the mean of filled teeth between different cities. The study conducted in India reported a similar finding (23). Chu et al. reported that children born in China had more decayed teeth than children born in Hong Kong, which was mainly due to underlying socioeconomic differences (26). One of the reasons for this finding may be income differences in different cities and its direct association with the educational level of the family. Previous studies have shown a significant association between the socioeconomic status, educational level of the family, and dental caries (27, 28). The reasons for the high prevalence of dental caries and filling are lack of oral health in families and children, inappropriate nutrition, and lack of oral diseases prevention knowledge (26, 28, 29). On the other hand, dental examination of the children from low-income families is not possible due to the high costs of annual dental checkup in Iran. Similarly in India, the high costs of the diagnosis and treatment of dental diseases is a reason for the high rate of dental caries in children (30). Nonetheless, the rate of dental caries can be decreased among students through taking preventive measures, similar to Belgium and the Netherlands (31).

According to our results, the number of filled teeth was higher in provinces with a higher income; in other words, there is economic inequity in the distribution of filled teeth. Together with other studies (30, 31), our findings suggest that providing dental care facilities by the government. In addition, the support of insurance companies may play an important role in oral and dental health and without their help and assistance, oral and dental health will be limited to the wealthy class of the society.

It seems that the dental conditions of Iranian children are similar to the young population of other developing countries. However, lack of medical facilities for preventive measures as well as high treatment costs have hindered the children’s access to these services. Therefore, it is recommended to design and implement oral health training programs for parents in addition to preventive plans in children.

Although this study provided valuable information regarding 7-year-old Iranian students, it has some limitations that should be addressed. Lack of evaluating missing teeth is one of these limitations, which was due to lack of the data in students’ records. Moreover, as another limitation, data collection from students’ records may be associated with observer bias.

Copyright © 2017, Journal of Comprehensive Pediatrics. This is an open-access article distributed under the terms of the Creative Commons Attribution-NonCommercial 4.0 International License (http://creativecommons.org/licenses/by-nc/4.0/) which permits copy and redistribute the material just in noncommercial usages, provided the original work is properly cited.
download pdf 247.57 KB Get Permission (article level) Import into EndNote Import into BibTex
Number of Comments: 0