Relationship between Nutritional Status, Food Insecurity, and Causes of Hospitalization of Children with Infectious Diseases 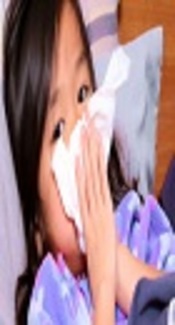 Accordingly, the current study aimed at determining the relationship between nutritional status, food insecurity, and causes of hospitalization in children with infectious diseases admitted to a hospital in Ilam, Iran.

In the current cross sectional study, 580 children hospitalized in the ward of Pediatric Infectious Diseases at Imam Khomeini Hospital were recruited through the census method. To collect the relevant data, a demographic information questionnaire, the household food security survey module (HFSSM), and tools such as a tape measure and a weighing scale were used. Within these indices, weight - for - age indicated being underweight, weight - to - height represented thinness, and height - for - age showed short stature. The data, in terms of descriptive and inferential statistical tests were analyzed with SPSS version 16.

The results revealed that out of the 580 children examined, 192 (33.1%) were moderately underweight, 166 (28.6%) had moderate thinness, and 167 (28.8%) had a moderate short stature. In total, 453 (78.1%) children had food security. Furthermore, a statistically significant relationship was observed between the causes of hospitalization and being underweight, short stature, and thin with food insecurity (P < 0.001).

Healthy nutrition in the early years of life is of utmost significance and plays an important role in health status in later years (1). Thus, one of the most important health goals is to have proper nutrition in the early years of a child’s life (2). Food insecurity means limited or uncertain access to sufficient and healthy food in terms of nutrition, or even restricted ability to get food through socially acceptable manners (3, 4). Food insecurity can also cause anxiety in access to food at household level and lead to starvation among children deprived of sufficient food to eat (5, 6). In this respect, protein - energy malnutrition is considered as one of the nutritional health problems in Iran (7) that may bring about food insecurity within a family. Moreover, children may be allergic to many types of food such as cow milk, fish, eggs, soybeans, and peanuts that can challenge their health status (8) and provide the necessary condition for food insecurity.

Infectious diseases are the most common cause of hospitalization in children aged 2 - 6 years, which could be owing to their poor nutrition (9). These infectious diseases can include gastrointestinal infections such as diarrhea as an important factor affecting child mortality worldwide (10, 11), respiratory tract infections as the most important cause of death in children under 5 years old (12), as well as pediatric tuberculosis (TB) as the cause of mortality among thousands of children per year (13, 14), which is different from adult TB in various aspects (15). Additionally, tooth decay in children is another disease that can have an enormous impact on their lives (16) and it is associated with a person’s type of nutrition (17).

Given the multidimensional nature of pediatric malnutrition, and since the prevalence of malnutrition and its severity in various regions of the world and Iran is different (18), nurses can play a vital role to improve the health status in society through teaching proper nutritional principles (19, 20). In this context, there were two studies in Iran. The results of one of the investigations (1998) in Iran showed that 15.4% of Iranian children under the age of 5 years had moderate and severe short stature, and 10.9% of them were affected by moderate and severe underweight. The findings of the second study in Iran (2004) estimated the prevalence of underweight and short stature about 5.2% and 4.7%, respectively (21). The results obtained in a cross sectional study by Samadpour Amlashi (2014 - 2015) in Zanjan reported that out of the 390 examined children, 45.4% of them were underweight and 54.8% had short stature. In terms of the thinness index, 32.8% of them were reported thin (18).

The current study aimed at determining the relationship between nutritional status, food insecurity, and causes of hospitalization in children with infectious diseases admitted to a hospital in Ilam, Iran.

The current cross sectional study investigated 580 children hospitalized in the ward of Pediatric Infectious Diseases at Imam Khomeini Hospital in Ilam recruited based on the census method. The inclusion criteria for the study were hospitalization in the ward of Pediatrics, age range 2 - 6 years, parents’ informed consent to participate their children in the research study, and at least one of the following complications: respiratory tract infection (pneumonia, pharyngitis, and nasopharyngitis), gastrointestinal infection (diarrhea, vomiting, and gastroenteritis), urinary tract infection, febrile seizure, and other cases such as cellulite, conjunctivitis, metabolic problems, poisoning, etc. The exclusion criteria were the unavailability of parents to give informed consent in order to participate in the study, as well as existence of chronic congenital diseases in any organ/system of the body such as heart, kidney, gastrointestinal, blood and lymph, bone, and muscular diseases accompanied by pediatric infectious diseases. As an example, children with gastroenteritis were recruited in the current study, but children with gastroenteritis accompanied by cystic fibrosis were excluded (18).

Identity cards of the children were used to check their age. If there was no access to these cards, their hospital records were used to obtain the information. The height was measured in the standing position using a non - elastic tape measure with an accuracy of 0.5 cm under standard conditions, and the weight of each child was also measured using a digital weighing scale to the nearest 0.05 kg, the children wore minimal clothing and no shoes. The reliability and the validity of the weighing scale were evaluated by two researchers. The indices examined in the current study were determined by the criteria available in the references of the World Health Organization/the National Center for Health Statistics (WHO/NCHS) (18). According to these indices, weight - for - age indicated underweight, weight - to - height represented thinness, and height - for - age stood for short stature (18).

To observe the ethical principles in the current study, the researchers initially explained the research purpose to parents and then, their informed consent was obtained. The parents were also assured that participation or non - participation in the current study did not have any positive or negative influence on further treatments of their children, as well as provision of medical and nursing care to the children. It was similarly noted that the given study did not impose any costs on children and their families. Furthermore, the parents were assured that the results of the study were reported to them in general and that patients’ confidentiality was respected. Prior to data analysis, the normality of data was determined using the Kolmogorov - Smirnov test at a significance level < 0.05. The quantitative variables were reported through central tendency and dispersion and the qualitative variables were illustrated using ta-bles of frequency. To determine the relationship between the examined variables, chi-square test, and correlation coefficient were employed.

The findings of this study showed that 323 (55.7%) were female and 353 (60.9%) were resident of the city. Among them, 318 children (54.8%) had fathers with high school diploma and under high school diploma degrees and 261 children (45%) had mothers with academic degrees. The most common causes of hospitalization of children were respiratory tract infections (pneumonia, pharyngitis, nasopharyngitis) (33.1%) and gastrointestinal infections (diarrhea, vomiting, gastroenteritis) (24.3%), respectively; and the least common causes included other infectious conditions such as cellulitis, conjunctivitis, metabolic problems, poisoning, etc. (Table 1).

Table 1. Demographic Characteristics of Children with Infectious Diseases in Ilam

Table 2. The Relationship between Underweight Index and Causes of Hospitalization in Children with Infectious Diseases in Ilam

Table 3. The Relationship between Thinness Index and Causes of Hospitalization in Children with Infectious Diseases in Ilam

According to the findings presented in Table 3, a large proportion of the children with respiratory tract infections were affected by mild thinness (46.4%) and only 14.1% did not have any problems in this respect. Considering children with gastrointestinal infections, 41.1% had moderate thinness and only 7.8% had no problems associated with thinness. In terms of urinary tract infections, 55.6% of the children had no problems, and mild thinness was only reported in 4.6% of them. Moreover, the results indicated that 40.9% of children with febrile seizures had moderate thinness and 11.4% did not have any problems in terms of thinness. Overall, a statistically significant relationship was observed between the causes of hospitalization and the thinness index (P < 0.001).

Table 4. The Relationship between Short Stature Index and Causes of Hospitalization in Children with Infectious Diseases in Ilam

Table 5. Relationship between Food Insecurity and Causes of Hospitalization in Children with Infectious Diseases in Ilam

The current study aimed at determining the relationship between nutritional status, food insecurity, and causes of hospitalization in children with infectious diseases admitted to a hospital in Ilam, Iran. The findings of the current study showed that most children had malnutrition. The results of the study by Samadpour Amlashi et al., also revealed that among the children aged 2 - 6 years with infectious diseases, 39.3% had mild underweight, 5.3% moderate underweight, and 8% were affected by severe underweight. With respect to the short stature index, 30.3% of children had mild short stature, 19.7% moderate short stature, and 4.8% severe short stature. In terms of the thinness index, 27.2% of children had mild thinness, 5.2% moderate thinness, and 0.52% severe thinness, suggesting the existence of malnutrition in children (18). Their findings were consistent with those of the current study. The report released by WHO showed that 30% - 40% of children under 5 years old had malnutrition (26). It was in line with the results of the current study, and confirmed the prevalence of malnutrition in children.

According to the results of the current study, there was a statistically significant relationship between nutritional status and causes of pediatric hospitalization, which was in line with the findings of the study by Russell et al., suggesting a relationship between pediatric nutritional status and infectious diseases (30). The findings of the study by Kapci et al., also indicated that the prevalence of malnutrition in hospitalized children was high (31). The causes of high rates of malnutrition in children and the risk of infection included less care provided to children, high number of individuals in a household, as well as parents’ fatigue. The given infections could also be reduced through increasing the level of education of mothers leading to their better understanding of malnutrition in children (18, 32).

Moreover, the findings of the current study showed a statistically significant relationship between food insecurity and causes of pediatric hospitalization, which were not consistent with the results of the study by Basirat et al., which indicated no statistically significant relationship between food insecurity and obesity in primary school students in Farrokhshahr, Iran (27). Among the reasons for differences between the results of the current study and those of previous investigations, different places, times, and demographic characteristics of the study subjects that can impact food insecurity are noteworthy.

One of the strengths of the current study was investigating the relationship between malnutrition, food insecurity, and pediatric hospitalization status. It should be noted that these two variables were investigated for the first time in Iran in terms of their relationship with the causes of hospitalization in children. A difference of this study with other studies was the sampling method. The related literature in this domain used a random cluster sampling method, while the census method was used in the current study. The cross sectional design was among the limitations of the study; thus, it is important to conduct further studies in other cities in Iran to generalize the results.