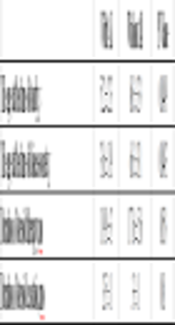 Corticosteroids are options for the treatment of juvenile idiopathic arthritis (JIA) although with adverse effects. Adrenal insufficiency (AI) may happen after therapeutic glucocorticoid administration.

We designed a study to assess the adrenal insufficiency in children with JIA undergoing treatment with low-dose glucocorticosteroids for at least six months.

This cross-sectional study was conducted at Imam Khomeini hospital and Children Medical Center hospital on 36 JIA patients after at least three months of cessation of low-dose, long-term corticosteroid therapy. Data regarding age, sex, age at diagnosis, the subtype of disease, and duration of treatment with corticosteroid were recorded. Fasting cortisol and cortisol after ACTH administration were measured. The AI diagnosis was made if the first level of cortisol was less than 3 µg/dL and the second level was less than 20 µg/dL.

Adrenal insufficiency is not prevalent in children with JIA treated with low-dose glucocorticoids for a short time.

Juvenile idiopathic arthritis (JIA) is a group of inflammatory arthritis in children with onset before the age of 16 years (1). It is one of the most common chronic diseases of childhood, with the annual incidence and prevalence rates ranging from 1.6 to 23 per 100,000 and 3.8 to 400 per 100,000, respectively (2). The exact etiology of JIA is unclear; however, both genetic and environmental factors are thought to play a role in the pathophysiology of the disease (3).

Corticosteroids are options for the treatment of JIA due to their anti-inflammatory and immunosuppressive properties. They are used at different doses including a high dose (1 - 2 mg/kg/day of prednisolone) for controlling severe extra-articular features of JIA to a low dose (5 - 7.5 mg/day of prednisolone) for bridge therapy in less severe cases until the effects of other drugs appear. The administration of corticosteroid is associated with adverse effects, some of which are irreversible (4).

Adrenal insufficiency (AI) could occur due to primary adrenal failure or secondary to the impairment of the hypothalamic-pituitary-adrenal (HPA) axis (5). The most common cause of secondary AI is the therapeutic corticosteroid administration. If systemic corticosteroid is administered for longer than four weeks, patients will be at risk of AI after drug dose reduction or cessation.

AI is characterized by weakness, fatigue, anorexia, abdominal pain, weight loss, and salt craving that can be life-threatening (6).

This cross-sectional study was conducted at Imam Khomeini hospital and Children Medical Center hospital between March 2014 and January 2016. Patients were included if they were diagnosed with JIA based on the ILAR criteria at the age of 16 or younger and had a history of at least six months of treatment with low-dose systemic corticosteroids and at least three months of drug cessation. All parents were asked to sign informed consent forms. The study was approved by the Ethics Committee of Tehran University of Medical Sciences.

Data regarding age, sex, age at diagnosis, the subtype of disease, and duration of treatment with corticosteroid were recorded. Venous blood samples were collected between 8 to 9 a.m. to measure plasma cortisol. The plasma cortisol level was re-measured after the intravenous administration of 250 µg ofAdrenocorticotropic hormone ACTH. The AI diagnosis was made if the first level of plasma cortisol was less than 3 µg/dL and the second level was less than 20 µg/dL. In cases with AI, the ACTH test was repeated after three months.

All data were analyzed using SPSS version 20 software (SPSS Inc., Chicago, IL, USA). The Student’s t test and the chi-square test with Fischer’s exact test were used to compare continuous and categorical variables. The P values of less than 0.05 were considered significant.

The mean plasma cortisol level was 13.1 ± 6.2 µg/dL before ACTH administration and 30.8 ± 10.5 µg/dL after ACTH administration. Four cases had AI, all of whom were female with oligo-articular arthritis. The age at the time of study and the age at the disease onset were significantly different between cases with and without AI (Table 1).

Table 1. Comparison of Variables Between Cases with and Without AIa

The results of the study showed that AI is not common after corticosteroid cessation in children with JIA undergoing treatment with ≤ 7.5 mg of daily prednisolone for six months.

The suppression of the HPA axis is one of the complications of steroid therapy (8). By interacting with glucocorticoid receptors, corticosteroids mimic cortisol and subsequently, suppress the HPA axis. Moreover, corticosteroids decrease the production of ACTH, leading to reduced cortisol secretion. If the situation continues, adrenal gland atrophy will occur. Even after corticosteroid withdrawal, it will take time to recover the HPA axis.

According to Huber et al. AI is reported in 32% of patients after four weeks of corticosteroid withdrawal. After 20 months, the proportion decreases to 11% (9). In another study, Wildi-Runge et al. evaluated 103 children with a median age of eight years who received supra-physiological doses of glucocorticoids for a median duration of 174 days. AI was reported in 42% of the cases (10).

The prolonged exposure to exogenous glucocorticoids will result in AI. A timely diagnosis is valuable as AI presentation could be subtle, leading to adrenal crisis in missed cases (4, 11). The exact risk factors of AI are not known but high corticosteroid doses and long duration of the therapy are considered as risk factors (12).

It is recommended evaluating children treated with pharmacologic doses of systemic corticosteroids for more than two weeks for AI (4). The exact cause of difference between this study and other studies is unclear but it may be because of the prolonged duration of corticosteroid tapering process in the patients of our study.

This study had some limitations. First, the sample size was limited. Second, it was done in two tertiary hospitals. Therefore, larger and multi-center studies are recommended.

Adrenal insufficiency is not prevalent in children with JIA treated with low-dose corticosteroid for a short time.