Do You Prefer Aminoglycosides or Cephalosporins in Neonatal Infections? 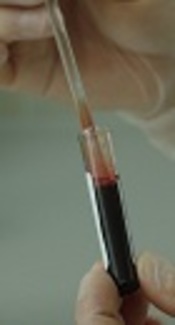 Infections include an important cause of neonatal death. The gold standard of diagnosis is a culture that should be obtained from suspected sites. The basis of treatment is antibiotic therapy. It should start as soon as possible for preventing any subsequent complications. Choosing the appropriate antibiotic for empirical treatment is important.

In this study, patients who were admitted to the neonatal wards of a Children’s Hospital Medical Center for infections with positive blood, CSF, or urine culture were studied during a two-year period.

Ninety-two newborns that had positive cultures were included in the study. Concerning the site of infection, 27.9% of positive blood cultures and 54.1% of urinary tract infections were sensitive to aminoglycosides (P value = 0.026). However, there was no significant relationship between the infection site and sensitivity to cephalosporins. Based on the bacterial species, 76.1% of Gram-negative infections were sensitive to aminoglycosides but 40.4% to cephalosporins (P value = 0.052).

According to the relationship found in the study, aminoglycosides can safely start in case of a higher probability of urinary tract infections and Gram-negative infections as empirical treatment.

Forty percent of infants’ deaths are due to neonatal sepsis. 2.6 million Neonates die annually, 75% of which occurs in the first week of life with more frequency in low-income and middle-income countries (1). Neonatal sepsis is generally divided into two groups: early (from birth to the seventh day) and late (day eight to 28) onset, both of which unfortunately come with nonspecific symptoms such as tachypnea, hypothermia, abnormal crying, and lethargy. Appropriate treatment should start quickly. If it is not recognized and treated, it can lead to various complications (2, 3). On the other hand, we should choose an appropriate empirical treatment. The World Health Organization recommends the empirical treatment with ampicillin (or penicillin; oxacillin) plus gentamicin (4). However, resistant infections, especially nosocomial infections, have caused the extensive use of cephalosporins as an empirical treatment (4). Cephalosporins are broad-spectrum antibiotics that, especially in long-term use, increase the prevalence of resistant infections with gram-negative bacilli and fungal infections (5). In this study, we intended to evaluate the antibiotic susceptibility in early and late-onset sepsis and urinary tract infections according to laboratory tests in neonates. Then, we evaluated the antibiotics such as aminoglycosides and cephalosporins in each kind of infections. In this way, it is probable that the use of broad-spectrum antibiotics like cephalosporins is reduced.

In this prospective cohort study, the septic patients admitted to a Children’s Hospital Medical Center with positive blood, CSF (cerebrospinal fluid), or urine culture were enrolled during a two-year period.

Thus, the inclusion criteria included septic neonates with positive blood, CSF, or urine culture who admitted to a Children’s Hospital Medical Center over two years from September 2016 to 2017.

The exclusion criteria included septic neonates without positive culture, neonates with a positive urine culture by urine bag not confirmed by suprapubic or urine catheter, and patients with one positive blood culture not showing the signs of infection.

The clinical manifestations of infections were based on two or more of the following symptoms: Fever not interrupted by hydration, hypothermia, poor feeding, lethargy, irritability, tachypnea, and tachycardia.

We added 1 cc of peripheral vessel sample to BACTEC medium for microbial susceptibility testing by using the agar diffusion method. After assessing the percentage of infections in the blood, CSF, or urine cultures, the ratio of cases sensitive or resistance to aminoglycoside and cephalosporins was determined. The obtained data were analyzed by SPSS and STATA version 11 using descriptive statistical tests and Chi-square statistical analysis.

In this study, 108 neonates with clinical signs of infection and positive blood, CSF, or urine cultures who referred to a Children’s Hospital Medical Center during the two years of 2016 and 2017 were studied. 16 neonates were excluded from the study due to a contaminated sample.

65 cases (71.0%) had a positive blood culture, 24 (26.0%) were with positive urinary infections, two (2.0%) had both CSF and blood culture positivity, and one case (0.9%) had a CSF infection alone. 48.9% of the patients had Gram-positive infections, 40.2% Gram-negative infections, and 10.3% fungal infections. The most common cause of blood infection was Staphylococcus epidermidis and the most common organism in urinary tract infections was E. coli. Vancomycin was the most sensitive antibiotic (in 40.2% of cases). Sensitivity to aminoglycosides was 34.7% and to cephalosporins was 21.7% (Table 1).

Table 1. The Sensitivity to Antibiotics

Table 2. The Sensitivity to Aminoglycosides Based on the Site of Infectiona

Table 3. The Sensitivity to Cephalosporins Based on the Site of Infectiona

Anwer et al. found Klebsiella sp., and Enterococcus as the most common organisms in early-onset sepsis and S. aureus and S. epidermidis as the most common organisms in late-onset sepsis; 90% - 100% of the organisms were sensitive to amikacin and 84% - 89% to Cefotaxime. However, they concluded the antibiotic policy should be revised based on hospital data periodically (1). Moreover, de Man et al. reported the use of the empirical treatment in any hospital could be determined based on antimicrobial resistance (5). Sundaram et al. showed organisms’ prevalence and resistance have changed in recent years (6) . In the study of Joshi et al. in India, Gram-negative organisms were the most common bacterial species, 25% - 75% of which were resistant to cephalosporin and 23% - 69% to gentamicin (7). In the study of Sharif et al., resistance to ampicillin was 15.5%, oxacillin 23.8%, gentamicin 48.4%, and amikacin 3% (8). In our study, vancomycin with the rate of 40.2% was the most sensitive antibiotic, followed by aminoglycosides with 34.7%, Tazocin with 27.1%, and cephalosporins with 21.7%. Based on the organism, 75.0% of Klebsiella, 87.5% of E. coli, only one case of Serratia, and all six Enterobacter species and Pseudomonas species were susceptible to aminoglycosides; however, no cases of streptococci, staphylococci, Pneumococcus, and Enterococcus were susceptible to aminoglycosides. On the other hand, 25.0% of Klebsiella, 50.0% E. coli, 46.6% of Enterobacter, and all of Hemolytic Streptococcus and Pseudomonas species were sensitive to cephalosporins. Polin et al. recommended ampicillin plus an aminoglycoside antibiotic as empirical therapy. Cephalosporins (e.g., cefotaxime) can be an alternative to Aminoglycosides. However, when cefotaxime is used as empirical treatment, invasive candidiasis is prevalent (9). Acolet et al. showed cephalosporin-resistant Enterobacter cloacae colonization after extensive use of third-generation cephalosporins for empirical treatment of neonatal sepsis (10). Thus, the routine application is not recommended (11). In this study, we propose that empirical treatment should start with ampicillin plus aminoglycosides, especially in the case of suspected urinary tract infection or Gram-negative infections. Then, based on condition and response to treatment, the drug may change. Nevertheless, considering the importance of neonatal sepsis and its different types, the sample size of our study was very small. On the other hand, the Children’s Hospital Medical Center in this study did not offer maternity services; thus, limited patients had early-onset sepsis. Therefore, further multicenter studies should be carried out to include a larger group of patients for better results.

According to the study, it should be noted that there is a serious alarm for antibiotic resistance to aminoglycosides and cephalosporins and we should avoid unnecessary antibiotic consumption. According to WHO recommendations, the empirical treatment should start with ampicillin (oxacillin in staphylococcal infections) plus aminoglycosides. Considering the sensitivity of the neonatal period, in cases where the clinical response is not yet shown, changing of antibiotic should be considered at this stage; in particular, in the case of suspected Gram-positive organisms, vancomycin seems to be a good option because of its high sensitivity. If there is a high probability of urinary tract infection, aminoglycoside is more appropriate than cefotaxime, although the infant should be monitored regularly. In the absence of clinical response before preparing Antibiogram, the antibiotic should be changed.

The authors would like to thank all patients who participated in the study, and the staff of NICU, neonatal ward, and laboratory unit of the Children’s Hospital Medical Center for their cooperation.