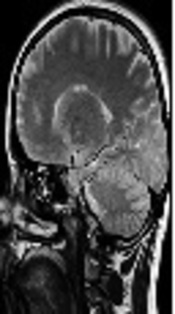 Diagnosis of pediatric sinusitis with puncturing as an invasive technique and culturing of the microorganisms may be substituted with less invasive imaging methods. Computerized tomography scanning as the gold standard of sinusitis diagnosis may not be a generalized method due to its devastating radiation effects; therefore, ultra-sonography and radiography seem to be methods to be evaluated in the diagnosis of maxillary sinusitis.

In this prospective study, 60 children aged over four years old with clinically diagnosed maxillary sinusitis, admitted to Lung Clinic of Mofid Children’s Hospital, were enrolled. Water’s view X-ray and ultra-sonography were performed by two expert radiologists on the same day. Data and interpretations were collected and entered in the SPSS 21 software.

The patient’s mean age was 6.8 ± 1.8 years. Overall, 120 maxillary sinuses were analyzed by ultra-sonography and radiology. There was diagnostic agreement between the two techniques regarding 59 sinus sites, 49.2%. Compared to standard X-ray, ultra-sonography had a sensitivity of 56.4% and specificity of 91.7%. The diagnosis rate for normal interpretation via the ultrasound technique compared to the standard X-ray was 8.3% and considered acceptable. This method underestimated the diagnosis of fluid collection (30.4%), yet overestimated the rate of mucosa thickening (62.3%).

This study revealed that ultra-sonography is not a suitable technique for detection of mild mucosal thickening yet may come to represent an alternative substitution to the more invasive methods for diagnosis of acute sinusitis with moderate to severe mucosal thickness and fluid collection in the maxillary sinuses.

Sinusitis as a common disease in the pediatric population, leads to recurrent medical referrals and extensive use of antibiotics (1). Maxillary sinusitis is an inflammatory and infectious involvement of maxillary mucus along with fluid retention (2). The maxillary sinusitis has been introduced as the most common para nasal sinusitis in many studies (3).

Sinusitis has been known as an important cause of establishment and exacerbation of pediatric asthma and acute, sub-acute, and chronic cough and their resistance to therapy (4). In addition, maxillary sinusitis may lead to dangerous complications, such as orbital cellulitis, abscess, and facial bones’ osteomyelitis (5).

Although the milestones of sinusitis diagnosis is based on medical history and physical examination (6), precise diagnosis based only on common clinical presentations with other diseases may be difficult (1). The major criteria includes fever (in acute sinusitis), purulent secretions, and nasal congestion, facial fullness feeling, facial pain, and anosmia and hyposmia. In cases of febrile patient, other features should be present for three days and if cases are afebrile, the features should last for ten days. The minor criteria are headache, fullness feeling, ear pain or fullness, tooth ache, cough, fever (in sub-acute and chronic sinusitis), and malaise (duration according to presence or absence of fever, are three and ten days, respectively). Sinusitis is subcategorized as acute, sub-acute, and chronic based on time period of clinical symptoms as less than one month, less than three months, and more than three times. In some cases, sampling of sinus secretions, imaging like CT scan and MRI, radiography, and sinus ultra-sonography may seem necessary to confirm the diagnosis. Direct sampling of sinus secretions may not be applicable due to the difficulty and invasiveness of the method (7).

Based on many studies, CT scan is the gold standard tool of sinusitis diagnosis. Many experts believe that CT scan should only be restricted to recurrent and chronic sinusitis, resistance to therapy and in cases in need of surgery (8-10).

Magnetic resonance imaging (MRI) is suggested in suspicion of clinical complications, such as involvement of surrounding structures or superior sagital sinus thrombosis (11).

Although radiography is conventionally done as the primary diagnostic step when evaluating suspicious cases of sinusitis, this method seems time consuming, unavailable and costly (1), and exposes the person to radiation (12).

This study aimed at following a comparison between ultra-sonography, as a non-invasive, rapid, and available method and Water’s view radiography, as a confirmatory tool in clinical diagnosis of maxillary sinusitis in patients with chief complaint of cough (12). Ultra-sonography may prevent other invasive, expensive, and complicating diagnostic methods.

In this double-blind prospective study, 60 cases (120 sinuses) aging from four to sixteen years with the chief complaint of cough and clinical diagnosis of maxillary sinusitis were included. The radiologists interpreting the radiographies were different from the ones performing the ultra-sonographies. These patients were all referred to Pulmonology Outpatient Clinic of Mofid Children Hospital in the year 2015. Study population selection has been done under randomized condition. The aims of the study and the privileges of ultra-sonography application in diagnosis has been completely explained to the parents. Written consents were completed and signed by the parents. The expenses of the imaging studies have totally been paid by the researchers. The Ethics Committee of Shahid Beheshti University of Medical Sciences confirmed the study process. The clinical diagnosis was based on two major or one major and two minor criteria. Water’s view standard X-ray with occipitomental approach was taken with Shimadzu radiology device and sinuses were evaluated regarding cloudiness, retention cyst, increased mucosal thickness and air-fluid level. Ultra-sonography was operated with Accuvix V10 with B mode scale and superficial probe with 7Hz frequency. Mucosal thickness, fluid collection, and polypoid thickness were mentioned in maxillary sinuses. The CT scan reports were included in study interpretations if available. Maxillary ultra-sonography and Water’s view X-ray were separately done and interpreted in one day and by two expert radiologists, who were unaware of the primary diagnosis and the other interpreting radiologist’s report. Data from sonography and radiology results were entered in an information sheet, then entered in SPSS version 21, and finally analyzed.

This study as a double blind diagnostic study was conducted on 60 children with chief complaint of cough (with and without accompanying symptoms) and clinical diagnosis of maxillary sinusitis referring to the Pulmonology Clinic of Mofid Children Hospital, during year 2015. The aim of the study was to compare the diagnostic value of maxillary sinus ultra-sonography and Water’s view standard radiography as a confirmatory tool.

Risavi et al. studied 90 sinuses in 50 young adult patients in the year 1998. In cases that failed to be diagnosed as sinusitis with radiography, in 18 sinuses out of 20 ultra-sonography was confirmatory. In cases diagnosed by ultra-sonography, 80% had mucosal thickness, 84% had fluid collection, and 73% had cysts or polyps. These results were also confirmed with radiography. Synchrony of ultra-sonography with sinuscopy results in cases without diagnosis of sinusitis was reported to be 85%. Ultra-sonography results had mucosal thickness, fluid retention and cysts or polyps in 87%, 92%, and 87% of cases, respectively. All of these results were confirmed by sinuscopy. In this study, ultra-sonography versus radiography had a diagnostic sensitivity and specificity of 93% and 60%, whereas these indices were 93% and 74% when compared to sinuscopy (18).

In a study by Fufezan et al. in the year 2010, 76 children aged between four and sixteen years were selected for comparison between maxillary sinus ultra-sonography and standard radiography. The synchrony rate between these two imaging methods was estimated to be 83.5%. Ultra-sonography sensitivity and specificity was 94.8% and 98% (19); whereas in the current study the sensitivity and specificity of ultra-sonography as a diagnostic tool for detecting fluid retention and mucosal thickness were 56.9% and 100%, respectively.

In a study by Haapaniemi in the year 2001, 209 sinuses were monitored; sensitivity and specificity of ultra-sonography in comparison to maxillary antral lavage was estimated as 77% and 49%, respectively (14).

In a study done by Karantanas and Sandris 56 patients clinical and radiologic diagnosed as maxillary sinusitis were considered. Ultra sonographic features had the sensitivity of 66.7% and specificity of 94.9%, respectively, in comparison to CT scan results (20).

Scheid and Hamm studied the diagnosis of rhino-sinusitis in adults. Ultra-sonography results indicated sensitivity of 84% (ranging from 54% to 98%) and specificity of 69% (ranging from 30% to 94%) in comparison to sinus puncture (21).

In a study by Varonen et al. in the year 2000, ultra-sonography had sensitivity of 85% and specificity of 82% compared to sinus puncture (7).

Transducer was placed in bilateral parts of the nose, inferior to lower orbital wall and anterior to maxillary sinus and then the sinus was scanned by moving the transducer in cranio-caudal and medio-lateral sections. In this study, transonic or hyper echoic, homogenous, and triangular images with obvious borders were interpreted as fluid retention and triangular amorphous hyper echoic images with fine borders were interpreted as mucosal thickness. In this study, the standard radiation for evaluation of para-nasal sinuses was occipitomental view (Water’s view).

Researchers concluded that performing maxillary sinus ultra-sonography was possible even with the air trapped in sinus cavities and normal images were produced with back echo from the posterior sinus wall. Ultra-sonography showed to be a reliable method in diagnosis of acute complicating sinusitis and prevents non-necessary exposure to radiation (11).

In a study by Zagolski and Strek, on nasal cavities and paranasal sinuses ultra-sonography in the year 2007, 66 patients with pathologic results of paranasal sinus CT scan or nasal bone radiography were studied in comparison to 20 healthy individuals as controls. The synchrony of CT scan and ultra-sonography in survey of maxillary sinus was estimated as 81.4% in this study (58.8% in acute sinusitis and 85% in chronic sinusitis). This study confirmed ultra-sonography if operated correctly as a means to restrict para-nasal sinus CT scanning, specially for follow-ups (23).

In a study by Ioannidis and Lau in the year 2001 as a meta-analysis of articles related to imaging in sinusitis, a moderate synchrony was detected between the clinical diagnosis and sinus radiography results, yet no correlation was found between ultra-sonography results and clinical symptoms (24).

The authors acknowledge Dr Tonekaboni as the executive manager of clinical research development of Mofid Children’s Hospital, Dr Khalili and her colleagues at the Department of Radiology and the personnel of Pulmonology Clinic of Mofid Children Hospital for their kind support and valuable efforts.