Phone-Based Interventions to Control Obesity in Children Under Six Years of Age: A Systematic Review on Features and Effects 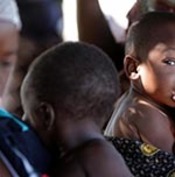 This systematic review was conducted to investigate the role of phones (telephone and mobile phone) in interventions designed to control obesity in children under age six and to determine the features and effects of these interventions.

A systematic search was conducted of the electronic databases (until November 2016). Randomized controlled trials that assessed the effects of phone-based interventions to control obesity in children under age six were included.

Of the 1920 papers accessed, 38 were relevant based on title and abstract. After review of the full texts, five studies were deemed eligible for inclusion. The results showed that in two studies phone-based interventions succeeded in improving the children's weight and BMI while in three other studies they were not. Among the functionalities of a telephone and mobile phone (e.g. text messaging and smartphone applications), only phone calls were used to communicate with participants. Only one of the included studies had used the phone as its main intervention, in the other studies the phone was used as part of a multicomponent intervention. Most of the included studies used phone calls to encourage and remind the participants about their children’s nutritional status and physical activity.

Although the numerous functions of phones can be used independently or in combination with other interventions for controlling obesity, so far, only the phone call function has been used for children under age six. Moreover, there is still no strong evidence on their positive effects on obesity control in children under age six.

Mobile health (mHealth) is a new area of healthcare that can be used for the empowerment of patients and their relatives in self-care (16). Telephones and mobile phones are one of the most-commonly-used tools in mHealth due to features such as real time data access, cost-effectiveness, providing specific information to individuals, and reciprocal interaction between the participants (1). In addition to these features, mobile phones are also capable of connecting to the Internet and running different applications (17). Several studies have already shown that using mHealth helps improve self-care in patients with chronic diseases (18-20).

The electronic databases searched in this review were Medline (through PubMed), the Cochrane Central Register of Controlled Trials (Cochrane), and Scopus. The search was carried out of articles published from early 1990 to December 2016. The search strategy was designed using keywords and MeSH terms related to child (such as child, childhood, pediatric, children, kid, infant and minors), obesity (such as weight, over-weight, body mass index, BMI, obese, overweight and obesity), and phone (such as mHealth, phone, smartphone, mobile, telephone, and mobile application).

The inclusion criteria for the studies consisted of (1) being a randomized control trial, (2) using telephone or mobile phone as the main or part of the intervention, and (3) assessing weight or BMI outcomes in intervention group consisting of the parents or healthcare providers of children under age six. Only studies that had an intervention group along with a control group not receiving the telephone or mobile phone intervention were included. Studies whose target group consisted of one-month-old to six-year-old children were included. The exclusion criteria for the study were as follows: being published in languages other than English, examining obesity caused by other diseases, using telephone or mobile phone only for data collection, and examining only participants’ willingness to receive an intervention and the advantages and disadvantages of such interventions. Studies that had reported on the design, development, implementation, and validation of interventions including telephone and mobile phone or whose participants were only children over age six were excluded. Protocol studies, surveys, and conference proceedings were also excluded.

2.4. Quality Assessment of the Studies

From the search on Medline (through PubMed), Scopus, and Cochrane databases, 1920 articles were retrieved as shown in Online Resource (Figure 1), 399 of which were duplicated and were thus excluded. Next, the full text of 38 articles that were deemed potentially relevant based on abstracts was reviewed. Eventually, five studies were included according to the inclusion and exclusion criteria. Three of the retrieved articles met most of the inclusion criteria, however, they were excluded from this study due to the fact that they had used a telephone or mobile phone in both the intervention and control groups and it was not possible to assess the effects of the phone-based intervention (15, 27, 28). 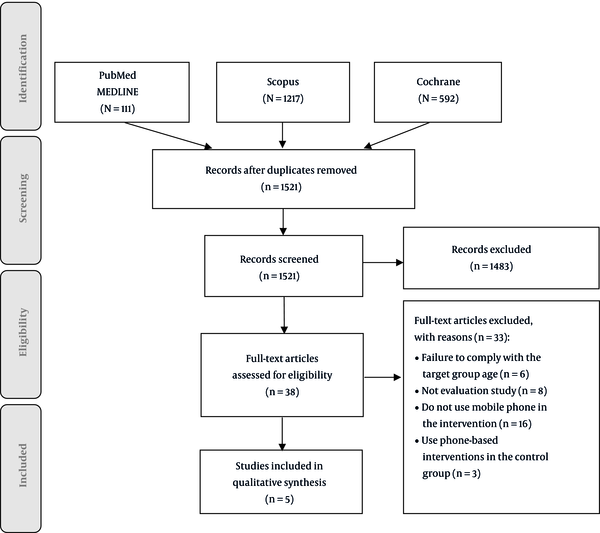 Table 1. Characteristics of the Studies Included in the Systematic Review

Table 2. The Quality of the Included Studiesa

Table 3. The Content Provided Through the Phone Call Function and the Effects of Interventions on Outcomes

The results showed that, of all the functionalities of telephones and mobile phones, only the call function was used. None of the included studies had used the other functionalities of telephones and mobile phones, such as text messaging, video call, Internet access, social networks, and smartphone applications. Table 3 presents the content provided through phone calls in the included studies. The results showed that phone calls were used mostly to motivate and remind the participants to improve their children’s physical activity and nutrition behaviors.

The studies included in this review assessed weight and BMI as outcomes and these outcomes improved in some of the included studies but remained unchanged in others. In all the included studies, only the call function of phones was used and the other functions of telephones and mobile phones such as text messaging, video calls, Internet access, social networks, and smartphone applications were not used in any of the studies. Phones were used as the main intervention in only one study and as part of the multicomponent intervention in the others. In most studies, phone calls were used mostly to motivate and remind the participants to improve their children’s physical activity and nutrition behaviors.

In the reviewed studies, only the phone call function of phones was used in weight loss interventions for children under age six, which could be due to the simplicity, availability, and ability to transfer large amounts of information through phone calls compared to the other functions of telephones and mobile phones (e.g. text messaging). Phone calls, however, pose certain problems too, such as the need for both sides to simultaneously be online and the increased costs of employing a person to provide the intended information to the service recipient. The other functions of telephones and mobile phones do not have these defects and have been shown to be appropriate tools for implementing self-care programs (33, 34).

In the reviewed studies, phone calls were mostly used to encourage and remind the participants to improve the nutritional status and physical activity of their children at home. A similar systematic review showed that mobile technology has mostly been used in self-care for making recommendations to have proper nutrition and for obesity prevention programs (22). Woo et al. (2013) showed that the text messaging function of mobile phones has mostly been used in interventions to send messages alerting about weight and amount of food intake and encouraging the participants to perform physical activity (36). Smith et al. (2013) also showed that the most common use of health information technologies (electronic health records, telemedicine, and text messaging), in screening and treatment of child obesity, has been for the purpose of consultation about nutritional status and weight management (21). It can therefore be concluded that nutrition status and physical activity are key factors in children’s weight loss and IT-based tools (such as interventions using phones) can be used to remind the importance of these factors to the service recipients.

The strengths of the present study were the inclusion of only randomized controlled trials to ensure the high quality of the studies and using the extensive search strategy that comprised all the keywords and MeSH terms related to obesity, child, and phone. However, the study has some limitations. The inclusion of English language papers and the exclusion of conference proceedings may have resulted in missing some possibly important papers published in other languages or presented in conferences. However, mostly the full text of conference proceedings could not be accessed. Moreover, the search for papers was carried out only in three databases (MEDLINE, Scopus, and Cochrane), therefore, some studies may have been missed.

Considering that the results of the only study in which phone calls were used as the main intervention proved this intervention to effectively help with weight loss in children under age six, and since this study was of a high quality, healthcare providers dealing with children, pediatricians, and nutritionists are recommended to use such interventions to control obesity in children. Moreover, given that phone calls were found to be mostly used to encourage and remind parents about improving their children’s nutritional status and physical activity, healthcare providers are recommended to also use these strategies.

Given that no studies were found on the effects of mobile phone functions such as text messaging, video calls, internet access, social networks, and smartphone applications on obesity control in children under age six, future studies are recommended to examine the effect of such interventions. Since all the studies conducted on this subject have examined children in developed countries, similar empirical studies should be carried out in developing countries.

Although the numerous functions of telephones and mobile phones can be used independently or in conjunction with other interventions for obesity control in different age groups, so far, only the phone call function has been used for the control of obesity in children under age six. Moreover, there is still no strong evidence on their positive effects on obesity control in children under age six.