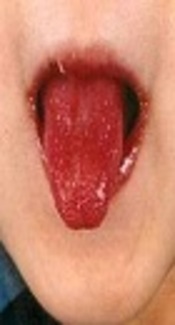 We designed this study to evaluate the role of Kobayashi risk scoring for determining refractory KD.

Medical records of all cases with KD were reviewed and demographic data, previous history, coronary artery involvement, laboratory findings, and days with fever were extracted for all cases. Kobayashi score was calculated.

Kobayashi score is not useful for predicting severity of coronary involvement in Kawasaki disease.

Kawasaki disease (KD) is an acute, febrile, and systemic vasculitis with unknown etiology while special infections and super-antigens are considered to have roles in disease development (1, 2). Its prevalence in Asian countries was estimated as 239 cases per 100000 children less than five years old (3, 4).

High grade fever, rash, redness of the lips and a typical strawberry tongue, cervical lymph node enlargement, and swelling over the hands/feet are common presentations of the disease (5, 6). One of the most common complications of KD is cardiac complications, which is present with coronary artery disease, myocarditis, and pericarditis (2). Coronary artery disease remains as the most prevalent cardiac complication presenting in one fourth of untreated children (7, 8).

Administration of intravenous immunoglobulin (IVIG) during the first 10 days after symptoms detection will result in lower coronary artery aneurysm between 10% - 21% of cases could show drug resistance (9, 10).

Recently, researchers focus on the predictors of IVIG resistance in children with KD to add additional therapies. We designed this study to evaluate the role of Kobayashi risk scoring for determining refractory KD.

This retrospective study conducted in the children wards of all affiliated hospitals of TUMS (Tehran University of Medical Sciences) between October 2014 and October 2016.

There was no significant difference regarding the Kobayashi score in different groups regarding coronary involvement (Table 2).

The results of the current study showed that Kobayashi score is not proper for predicting coronary involvement in children with Kawasaki disease.

In Japan, Kobayashi score is well established and valuable. Sleeper et al., in 2011, found that the Kobayashi scoring system is not useful for children with KD who live in North America (10).

In one fourth of untreated children, coronary aneurysm occurs while IVIG treatment reduces this rate to 5% (8, 16).

Although timely administration of IVIG will reduce complications, between 10% to 20% of children do not respond to treatment who are at a higher risk of coronary complications (17).

Determining cases who are at a higher risk of developing coronary complications is valuable to protect against ongoing problems. Kobayashi scoring system is helpful in predicting IVIG resistance cases to initiate suitable treatment (18).

In this study, coronary involvement was detected in 26% and Kobayashi score was not predictive of severity of coronary involvement. In a previous study conducted by Zhao et al. (19), the prevalence of coronary artery complications in KD patients was reported as 36%, while this rate was 31.7% in the study of Deng et al. (20).

More studies are needed to evaluate the role of Kobayashi scoring system for predicting severity of coronary artery lesions in Iranian children with KD.

Kobayashi score is not useful for predicting severity of coronary involvement in children with Kawasaki disease.

Copyright © 2018, Journal of Comprehensive Pediatrics. This is an open-access article distributed under the terms of the Creative Commons Attribution-NonCommercial 4.0 International License (http://creativecommons.org/licenses/by-nc/4.0/) which permits copy and redistribute the material just in noncommercial usages, provided the original work is properly cited.
download pdf 98.43 KB Abstract XML Get Permission (article level) Import into EndNote Import into BibTex
Number of Comments: 0