Correlation Between Urinary Tract and Kidney Diseases in Pediatrics with Obesity 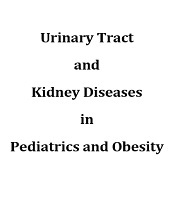 Insulin resistance, hypertension, and other related conditions be frequently seen in children with obesity. Also, there are greater risks to develop diabetes. Therefore, more attention should be paid to this correlation, and their complications.

Regarding the relationship between proteinuria and massive obesity, the first description was done in 1974 and mentioned that glomerulopathy, which is related to obesity, is a complication of obesity that may occur in adults.

Based on this study, diseases of kidney and urinary tract may correlate with obesity in children.

We can use this correlation for reducing kidney and urinary tract diseases in children.

Obesity in pediatrics is a condition that negatively influences children’s health conditions. Since methods for body fat determination are difficult, obesity is often diagnosed based on some indices such as body mass index (BMI). Based on the rising prevalence of obesity in adult children and adverse effects of this condition, obesity is recognized as public concern about children’s health (1). The BMI is acceptable for determining obesity of children at the age of two and more; however, normal amounts of BMI are variable, based on gender and age. According to the Centers for Disease Control and Prevention, a BMI higher than 85th percentile is defined as an overweight condition and a BMI higher than 95th percentile is defined as obesity (2). The US Preventive Service Task Force mentioned that all children with high amounts of BMI do not require to lose weight. Additionally, BMI may misleadingly rule out some children who have excess adipose tissue (3, 4).

Some studies have evaluated the correlation between obesity and mortality. In the largest meta-analysis, including 230 cohort studies over 30 million individuals, they concluded that obesity and overweight may increase the risk of mortality; so, obesity can influence chronic kidney disease (CKD) prevalence based on these risk factors. In addition, biological mechanisms such as inflammation, endothelial dysfunction, hormonal factors, and oxidative stress can lead to obesity-induced kidney diseases (5, 6). In recent years, it can be seen that increased CKD and obesity prevalence, especially in western societies, and both of them have a major impact on health services, patients, and society. The prevalence of obesity has increased over the past 2 decades in children. Based on the stimulatory effect of obesity on hypertension and diabetes at any age, this condition remains the most common avoidable CKD risk factor, so hypertension and diabetes are etiologies of end-stage renal disease (3). In addition, obesity is an independent factor for hemodynamics of kidney and decreases nephron numbers as the most sensitive to these changes. Many mechanisms have been proposed for the correlation between obesity and kidney disease, including hyperfiltration, the stress of podocyte, and increased wall tension of glomerular capillary. Glomerular filtration rate (GFR) and effective renal plasma flow are reduced after an effective weight loss. Apart from adiposity itself, higher caloric intake also may raise the risk of CKD via indirect loop between adiponectin, Sirt1, and podocyte elimination. The expression of Sirt1, as a nicotinamide adenine dinucleotide + dependent deacteylase, modulates the levels of adiponectin (7, 8). So probably, there is a correlation between obesity and different types and aspects of kidney disease in children. In the following, this possible correlation is discussed.

Although obesity has a significant effect on kidney diseases, the positive association has not been understood. High levels of leptin in serum are found in non-diabetic obese ones and individuals with type 2 diabetes. Leptin, as a cytokine (adipokine) derived from adipocyte, is implicated in the pathogenesis of kidney disease in obesity. Leptin stimulates the expression of prosclerotic TGF-β1 cytokine, on the other hand, increases cellular proliferation and collagen type IV production in the endothelial cells of kidney (9). An obese person who has hyperlipidemia and hyperinsulinemia develops progressive renal failure due to glomerulosclerosis and accentuated podocyte injury. The levels of adiponectin, as another adipokine, are reduced in insulin resistance and obesity that is strongly implicated in the pathogenesis of obesity-induced kidney injury (10). Deficient levels of adiponectin exhibited fusion and effacement of foot processes of podocytes and increased albuminuria. Finally, the role of inflammatory processes, which triggered by obesity, should be mentioned as a mechanism of renal injury associated with obesity. It is known that levels of C-reactive protein (CRP) are elevated, and adipocytes produce cytokines in obese individuals, indicating a low-grade systemic inflammation state. Several studies showed that inflammatory condition has a relationship with increased risk of coronary disease, peripheral vascular disease, stroke, as well as a higher relative risk of impaired GFR (11, 12).

Based on some related studies about CKD and obesity, this correlation has been approved. A study by Fox et al. has been conducted that evaluated 2585 cases during 19 years. Risk factors included obesity, diabetes, age, and hypertension that showed new onset of kidney disease (12). In the multivariate analysis in this study, increased BMI was statistically associated with CKD development. Risks of CKD developing at 5 years of age for obese and overweight patients were 40% and 20%, respectively. In a case-control study, individuals with BMI ≥ 25 kg/m2 showed an increased risk of CKD, which was particularly strong in patients affected with diabetes (13).

Obese cases have shown an increased renin activity in plasma, converting enzyme activity, angiotensin, angiotensinogen, and circulating angiotensin II correlated with an elevated level of leptin. Hyperinsulinemia, increased angiotensin II, and insulin resistance are potent activators of transforming growth factor-β1. In a related study by Jong et al., they determined that microalbuminuria prevalence was 9.5% in men with normal body weight, while in cases with overweight increased to 18.3% and in frank obesity increased to 29.3%. These values in women were 6.6%, 9.2%, and 16%, respectively. Therefore, microalbuminuria as the earliest manifestation of obesity is associated with kidney damage (14, 15).

Adipose tissue forms both angiotensin II and angiotensinogen and higher plasma levels of angiotensinogen increase vascular resistance. Leptin secreted from adipocyte increases the activity of sympathetic nervous system, vascular tone, and output of the heart. The resistance of peripheral blood vessels is increased because of vasoconstriction, and enhanced cardiac output leads to hypertension (HTN) in children (16, 17). Natriuretic peptide clearance receptor expression in adipose tissue contributes to low plasma levels of the ANP (atrial natriuretic peptide). This, in turn, promotes volume expansion and sodium retention, which is a strong risk factor for hypertension. Therefore, HTN has a clear correlation with different types of pediatric kidney disease (18).

Increased intake of sodium and protein, and surgical approach for the treatment of obesity are associated with calcium oxalate stones. In addition, lower urinary pH in obese patients is accompanied by uric acid stones (19).

Obesity is associated with increased GFR and higher plasma flow of the kidney, and these changes are substantially improved after weight loss. This suggests a vasodilatation state in the kidney that solely or mainly involves the afferent arteriole similar to diabetes (20, 21).

Leptin as a protein of obesity in children and adults is mainly produced by adipocytes. Leptin is released into the bloodstream and is transported into the cerebrospinal fluid. It exerts its major effect on the hypothalamus, reduces neuropeptide Y (NPY) production, increases the expenditure of energy, and leads to weight loss in cases (22, 23). Also, alpha melanocyte-stimulating hormone is suppressed by leptin, so individuals feel an induced hunger and go to obese. Obesity has genetic traits that induce insulin resistance, obesity, low sterility, glucose intolerance, energy expenditure and hyperphagia. Therefore, the correlation between two mentioned factors has been approved at any age (24-27).

Obesity in children statistically correlates with diabetes mellitus, which has been confirmed by many studies. However, type I and II of diabetes mellitus may induce diabetic nephropathy. Moreover, other conditions can present this condition; for example, diabetes duration is long enough after pancreatectomy or pancreatitis and glycemia is high enough, which leads to complications of this condition. In pediatrics, major clinical manifestations of diabetic nephropathy are hematuria, albuminuria, and in many patients, progressive CKD. Thus based on the context and some related studies, there is a statistical correlation between obesity and CKD in children mediated by diabetes mellitus.

In recent decades, obesity in children has been increased and may lead to hyperfiltration of glomeruli, increased albuminuria, and progressive renal failure, associated with focal segmental glomerulosclerosis, since these kidney changes can relate to hyperleptinemia or insulin resistance. Furthermore, obesity may induce low-grade inflammation state. Eventually, obesity in children is related to an increased risk of nephrolithiasis and hypertension, as two risk factors for chronic kidney diseases. Accordingly, we should evaluate obesity in children.