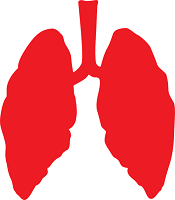 Idiopathic Pulmonary Hemosiderosis: How Can We Manage the Airway? A Case Report

Idiopathic pulmonary hemosiderosis (IPH) is a rare disease with major anesthetic implications, as it is characterized by recurrent life-threatening alveolar hemorrhage, fibrosis and restrictive lung disease. IPH anesthetic management case reports are scarce. The case of a child previously diagnosed with IPH, which was candidate for an elective urologic procedure under general anesthesia is presented in this paper. We describe our experience and anesthetic approach, with particular emphasis on the airway approach and management, and highlight possible contributions for future similar cases.

IPH is a very rare disease, with a reported yearly incidence between 0.24 and 1.23 cases per million children (1, 2). However, its etiology remains unknown. It is characterized by spontaneous diffuse alveolar hemorrhage. It is commonly characterized by the triad of recurrent hemoptysis, diffuse parenchymal infiltrates, and iron-deficiency anemia (3).

It may occur in people of any age, from the neonatal period to late adulthood, but it is most common in children aged 1 - 7 years. In this age range, IPH reports show equal male to female distribution (3).

A delayed diagnosis is quite common, and its clinical course is exceedingly variable. There is an association between cow’s milk hypersensitivity, celiac disease, autoimmune hemolytic anemia and other autoimmune diseases, which suggests an immunologic basis for IPH (4).

Patients with IPH have a mean survival rate of 2.5 to 5 years after diagnosis.

As a result of recurrent hemorrhage, pulmonary fibrosis and restrictive lung disease, pulmonary hypertension and eventually cor pulmonale may ensue. Death can occur from massive hemorrhage or after progressive pulmonary insufficiency and right heart failure (4).

Treatment is based on immunosuppression and supportive care. Corticosteroids are the mainstay therapy for IPH. Although their role in long-term therapy is not yet well defined, they are the best option currently available. Lifelong therapy is frequently necessary. Steroid stress-doses may be necessary (4).

Other treatment options have been used in steroid refractory cases or to reduce long-term side effects of corticosteroids; however, studies are limited to a few case reports (5).

A 2-year-old girl (weight 10.550 kg) was previously diagnosed with IPH since 4 months old in the context of multiple episodes of acute respiratory distress and anemia. She had multiple hospital admissions, including admission in the pediatric intensive care unit, because of the acute exacerbations of IPH. She also suffered from multiple urinary tract infections, which led to the diagnosis of ureteral lithiasis, and was electively admitted to the hospital for a flexible ureterorenoscopy and ureteric stenting.

At presentation, the patient was asymptomatic. Lung auscultation showed no abnormal breath sounds, and oxygen saturation (SpO2) on room air was 99%. Chest radiography revealed bilateral diffuse infiltrates. Blood count revealed a blood sample with a hemoglobin of 8.9 g/dL and 8900 × 109 /L leucocytes. Her urinalysis showed no signs of infection.

The disease was controlled with oral hydroxychloroquine 100 mg and prednisolone 2.5 mg once daily.

She was preoperatively classified as an American Society of Anesthesiologists (ASA) physical status score 3.

A peripheral venous access was obtained with a 22G catheter, and alfentanil (0.2 mg) was administered. General anesthesia with inhalation induction with sevoflurane was used. Ventilation with mask showed no difficulties. A laryngeal mask airway (i-gel® no. 2) was inserted, and there was no air leak during ventilation. Mechanical volume controlled ventilation was used, and we aimed for volumes between 5 and 6 milliliters per kilogram of weight. Positive end-expiratory alveolar pressure of 5 cm of H2O was used. The patient had an airway peak pressure below 20 cm of H2O, symmetrical chest movement, and normal and symmetrical lung auscultation.

General anesthesia was maintained with a mixture of oxygen/air/sevoflurane and successive re-administrations of alfentanil. Standard ASA monitoring was used. The procedure took about 45 minutes and finished uneventfully.

Total intraoperative analgesia was alfentanil (0.7 mg) and paracetamol (160 mg). No steroid stress-dose was administered. After 24 hours of the procedure, she presented signs of urosepsis and was admitted to the pediatric intensive care unit, where she stayed for 5 days until clinical recovery. She showed no signs of acute IPH exacerbation. After 9 months of the procedure, the patient remained clinically stable and asymptomatic, with no history of acute IPH exacerbation since the procedure.

IPH patients may need anesthetic care in the acute setting or electively for procedures unrelated to the underlying disease. Anesthetic management will depend on the stage of disease and severity of pulmonary compromise.

Literature suggests that preoperative evaluation should focus on the history of pulmonary compromise or dyspnea-limiting activity. If present, it should indicate the need to test pulmonary function (decrease in vital capacity below 15 mL/kg) and perform arterial blood gasses measurement (presence of hypercapnia), which may suggest whether the candidate has a high risk for pulmonary compromise in the postoperative period. Since it was a predicted short procedure and the patients were young in age, these tests were not performed (7).

During the procedure, there were no rises in mechanical ventilation peak pressure, and no hemoptysis was noticed. We decided to perform this procedure with a laryngeal mask airway, a less invasive device, because of the short length of the procedure. Nevertheless, we emphasize the importance of promptly performed endotracheal intubation whenever needed.

Artificial lung ventilation can further damage the alveolar-endothelial membrane, so it is recommended to limit the tidal volume to 4 - 6 mL/kg and give positive end-expiratory alveolar pressure (PEEP) in order to limit cyclic collapse and the opening of terminal airways during tidal ventilation (10). We have followed these recommendations strictly.

In conclusion, idiopathic pulmonary hemosiderosis represents a challenge during general anesthesia due to its pathology and management challenges. As such, it is compulsory to scrupulously evaluate the IPH patient. Albeit the patient presented a favorable outcome, little is known about which strategy is superior for managing the airway in the IPH patients, especially for elective procedures, as well as mechanical ventilation parameters to best avoid ventilation-induced lung injury. Since there are very limited case reports in the medical literature, we would like to share this case with favorable outcome as this may help in the approach of future cases of our colleagues.

Copyright © 2019, Journal of Comprehensive Pediatrics. This is an open-access article distributed under the terms of the Creative Commons Attribution-NonCommercial 4.0 International License (http://creativecommons.org/licenses/by-nc/4.0/) which permits copy and redistribute the material just in noncommercial usages, provided the original work is properly cited.
download pdf 93.19 KB Peer Review Comments ( 109.63 KB) Get Permission (article level) Import into EndNote Import into BibTex
Number of Comments: 0