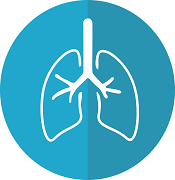 Image by mcmurryjulie from Pixabay

One of the main aspects of the treatment in patients with cystic fibrosis (CF) is the effective clearing of airway secretions. Inhaled hypertonic saline (HTS) and mannitol are among drugs used for this purpose. There are two forms of mannitol, including dry-powder and soluble form. We used soluble mannitol in this study.

The aim of this study was to evaluate the effect of inhaled soluble mannitol on the pulmonary function of patients with CF as well as its comparison with 5% HTS.

This clinical trial study was performed on 30 children with CF ≥ 5 years of age who referred to the CF clinic in Mofid Children’s Hospital. Patients were divided into two groups, including soluble mannitol and 5% HTS group. At baseline and two weeks after the treatment, a spirometry test was done and forced expiratory flow in 1 second (FEV1), forced vital capacity (FVC), and Forced expiratory flow between 25% and 75% of forced vital capacity (FEF25 - 75%) were measured.

Inhaled soluble mannitol improved pulmonary function of patients with CF and its effect was better than 5% HTS.

Cystic fibrosis (CF) is the most common inherited life-limiting disease of Caucasians. Most of the CF patients’ morbidity and mortality are caused by the deterioration of pulmonary function (1). The pathogenesis of CF results from reduced hydration of the airway surface, which impairs the clearance of the mucociliary system, and finally, leads to chronic airway obstruction and infection. Thus, the patients with CF mostly experience intermittent pulmonary exacerbations and hospital admissions (2-4).

Numerous treatments are available in order to decrease the inflammatory process and thus the complications, exacerbation periods, and hospitalizations. These therapies include antibiotics, anti-inflammatory drugs, and mucolytics and maneuvers that enhance the airway clearance (4-6). A number of mucolytics have been used in patients with CF. These include inhaled rhDNase, N-acetyl-cysteine, hypertonic saline, and dry powder mannitol (1, 4).

Hypertonic saline (HTS) and mannitol are hyperosmolar agents that increase airway surface liquid (ASL) and improve the underlying hydration defects in patients with CF. The osmotic gradient by hyperosmolar agents induce transepithelial rehydration and optimize the mucosal viscoelasticity necessary for intact mucociliary clearance function (7-10). Clinical trials have confirmed the efficacy and safety of hypertonic saline as a treatment to improve mucociliary clearance and lung function in patients with CF by improving ASL hydration, but this fact has been shown as a short-term effect (11).

Mannitol is sugar-based alcohol that creates an osmotic gradient and moves the water into the lumen and improves the mucociliary clearance (4, 12). It is thought that dry powder mannitol inhalation increases the volume of airway surface liquid and so it aims for mucosal clearance (13, 14). It has been confirmed that inhaled mannitol had advantages for patients with bronchiectasis and CF (13, 15, 16). A triple-phase study had been done by Bilton et al. in which the efficacy and safety of mannitol were proven and also demonstrated that mannitol had clinically significant effects on pulmonary function in patients with CF (13).

In this study, the effect of nebulized soluble mannitol on the pulmonary function of patients with CF, as well as its comparison with 5% hypertonic saline, were investigated.

Our research is a clinical trial study on 30 patients with CF older than 5 years because of the ability to perform spirometry who referred to the CF clinic of Mofid Children’s Hospital as a referral medical center in Tehran, Iran from January 2016 to June 2016. The trial was approved by the Ethics Committee of Shahid Beheshti University of Medical Sciences (IR.SBMU.SM.REC.1394.62) and was registered in the Iranian Registry of Clinical Trials (IRCT20180307038994N1). The CF was diagnosed in these patients based on clinical manifestations and abnormal results of a sweat chloride test. The patients were entered to study by random sampling and participation in the study was voluntary. After complete explanations and awareness of our research aims and goals, written informed consent was obtained from the parents before each case entered the study.

A basic spirometry was performed for each patient and spirometric results, including forced expiratory flow in 1 second (FEV1), forced vital capacity (FVC), and Forced expiratory flow between 25% and 75% of forced vital capacity (FEF25 - 75%), were recorded. The patients were divided into two groups by random sampling method. The first group underwent the treatment with soluble mannitol 4 cc twice a day by nebulizer device. We used soluble mannitol because of unavailability of dry-powder mannitol in Iran. Soluble mannitol was prepared in 4 cc vials from a combination of 20% mannitol (3 cc) and 0.9% saline (1 cc). This composition contains 150 mg/mL mannitol. The other group underwent the treatment with hypertonic saline (5%) 5 cc four times a day by nebulizer device. Duration of the treatment was two weeks in both groups. The patients were treated at home with once daily 5% HTS and chest physiotherapy. The patients were stable during the study and did not develop pulmonary exacerbation. Other previous medications used by patients have continued throughout the study period. In this study, medications were nebulized by the “eFlow Rapid Mesh Nebuizer” made by PARI company of Germany. According to the possibility of bronchospasm occurrence after nebulization of mannitol or hypertonic saline, we used a bronchodilator before each time of nebulization. Cough, pharyngitis, bronchospasm, and wheezing are the possible complications of mannitol. During the treatment time, the patients were completely monitored and observed from the point of view of drug complications and adverse effects via follow-up in the clinic or via telephone contact. The second spirometry was done after 2 weeks of treatment.

All the patients’ data were analyzed by SPSS statistics software V. 21.0 and reviewed by an expert statistics specialist unaware of the patient group and medications.

Table 1. Demographic Characteristics of the Patients in the Mannitol and 5% HTS Groupsa

Table 2. Comparison of FEV1, FVC, and FEF25 - 75% Before and After the Treatment in the Two Groups of Mannitol and 5% HTSa

Our study showed that inhaling soluble mannitol with mesh nebulizer device could improve pulmonary function. The improvement in pulmonary function following the use of inhaled mannitol is probably due to an increase in mucociliary clearance in central and small airways. In our study, pulmonary function, which was determined based on FEV1, FVC, and FEF25 - 75% measurements before and after receiving mannitol, showed considerable improvement.

In a Cochrane review by Nolan et al. in 2015, an improvement in pulmonary function and a decrease in pulmonary exacerbation in patients receiving inhaled mannitol were demonstrated (17). In our study, pulmonary function (FEV1, FVC, and FEF25 - 75%) after the treatment indicated no significant difference from baseline in 5% HTS group. There are studies that represent an improvement in pulmonary function using 7% hypertonic saline (11, 18), while in our study 5% HTS was used. According to some studies, with increasing saline concentration, the mucociliary clearance increases (19) and this may, to some extent, be the reason for the inconsistency of our study with studies using 7% HTS; however, a small study in India showed that 3% HTS is as effective as 7% HTS (20). The main difference of our study with other studies using inhaled mannitol is that in other studies, mannitol was used in the form of dry-powder, while in our study mannitol was used in the form of a solution with nebulizer device.

The present study was designed, based on the study of Chan et al., which was performed in vitro in 2011, and showed that soluble mannitol in combination with different saline concentrations using an eFlow rapid mesh nebulizer could be distributed at a particle size of 5 - 6 micrometer (10), and particles with this size could reach the lungs, and was able to show some improvement in pulmonary function. Mannitol complications consisted of cough, hemoptysis, and bronchospasm. In this study, the most common complication in patients receiving mannitol was cough; however, the induced cough could also be one of the therapeutic effects of mannitol and led to an increase in mucociliary clearance.

Hemoptysis was detected in no patient, and bronchospasm was prevented by giving the bronchodilator before using mannitol. Adherence to the treatment is one of the important aspects of treating patients with CF. In the current study, adherence in the mannitol group was better than 5% HTS group, and this can be due to the use of mannitol twice a day instead of 5% HTS four times a day.

The authors would like to acknowledge the Clinical Research Development Committee of Amirkola Children's Hospital and generous contributions of Pediatric Gastroenterology, Hepatology and Nutrition Research Center, Research Institute for Children's Health.

Copyright © 2019, Journal of Comprehensive Pediatrics. This is an open-access article distributed under the terms of the Creative Commons Attribution-NonCommercial 4.0 International License (http://creativecommons.org/licenses/by-nc/4.0/) which permits copy and redistribute the material just in noncommercial usages, provided the original work is properly cited.
download pdf 115.81 KB Get Permission (article level) Import into EndNote Import into BibTex
Number of Comments: 0