Serum Magnesium Levels in Neonatal Jaundice: Is There any Correlation Between Hypermagnesemia and Moderate to Severe Hyperbilirubinemia in Term Newborns? 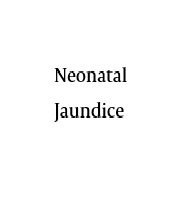 Neonatal jaundice is a common major problem; on the other hand, it is suggested that there is a correlation between plasma magnesium concentrations and hyperbilirubinemia during the neonatal period.

The study aims to validate a previously reported risk index for predicting the magnesium level of plasma for moderate to severe hyperbilirubinemia in infant neonates.

Authors did not find any statistically meaningful positive or negative correlation between plasma Mg level and bilirubin in patients studied; however, comparison of Mg level in two groups of severe and moderate hyperbilirubinemia showed decreased dispersion of medium Mg level in the severe group.

Serum magnesium concentration is not useful in anticipation of which newborn infant will develop hyperbilirubinemia.

Hyperbilirubinemia, a common problem in neonate infants (1-3), is seen in about 80% of preterm and 60% of term newborns during the first days of life (4, 5). Bilirubin is considered as a neurotoxic agent (3, 6), injures neural cell membranes and damages membrane enzymes and receptors (7-9), and results in neurologic deficit in infants (10).

Furthermore, structures such as N-methyl D-aspartate (NMDA) receptor, located in the synaptic surface of the cell membrane structure, is subjected to the bilirubin injury; therefore, neurologic development and learning and memory disorders in childhood is due.

Many reports have suggested magnesium (Mg) as a neuroprotective factor, which protects central nervous system against hypoxia, and comprises supportive effects of neurons (11-14). Physiologic effects of Mg are opposite of bilirubin neurotoxic effects (15, 16). Mg is one of the most important NMDA regulatory antagonists in the neural surface, which reverses the damaging cell membrane mechanisms by receptor blocking, and finally, leads to neural system protection.

Hence, it seems that plasma Mg level manifests the metabolic and physiologic states of a neonate with hyperbilirubinemia.

Although Mg regulatory and protective effects on the NMDA receptor is completely known, Mg and hyperbilirubinemia relation is not studied well. This study is designed to assess any relation between Mg plasma level and moderate to severe hyperbilirubinemia.

This was a correlation study carried out on 93 term neonates admitted to the Aliasghar Children Hospital Neonatal Ward in Tehran, IR Iran, during Apr. to Sep. 2012. The inclusion criteria was moderate to severe hyperbilirubinemia required treatment in term neonates, according to Bhutani nomogram, nearly 16 to 20 mg/dL for patients with moderate hyperbilirubinemia, and more than 20 mg/dL for severely affected neonates. The exclusion criteria included anemia with hemoglobin less than 8.7 g/dL or hemolysis evidence, G6PD enzyme deficiency, red blood cell membrane disorders, MgSO4 use in the prenatal period, and major congenital anomalies.

Data analysis was performed by the use of SPSS 17. Various parameters co-efficient were assessed by the Pearson test. Group comparison was carried out by Ki square and independent t-test, according to the qualitative or quantitative nature of P value; and P values less than 0.05 were assumed statistically meaningful.

Comparison of Mg level in two groups of severe and moderate hyperbilirubinemia showed decreased dispersion of medium Mg level in the severe group, however, this finding is not statistically meaningful (P > 0.05).

Relevant past studies have demonstrated neuroprotective effects of ionized Mg (11-14). On the other hand, neurotoxic property of indirect bilirubin (10) proposed the hypothesis about the relationship between plasma Mg and bilirubin level in hyperbilirubinemic newborn infants. Sapkota found a significant difference in the Mg concentrations before and after phototherapy correspondingly bilirubin levels before and after phototherapy and concluded that phototherapy could decrease serum Mg level as much as Bilirubin. He concluded that there was a positive relation between serum Mg and bilirubin levels and propounded that rising of Mg in hyperbilirubinemia might be a compensatory mechanism against toxic effects of bilirubin (16).

The recent study revealed the Mg level in infants with severe hyperbilirubinemia a little higher than the moderate hyperbilirubinemic group (1.90 ± 0.3 mg/dL and 1.91 ± 0.2 mg/dL, respectively), which was not statistically significant. Past studies propounded contradictory opinions on this subject. Dennery et al., referred to a positive correlation of serum Mg level and hyperbilirubinemia severity; and thought that increased cell damage is the cause of hypermagnesemia. There are some reports representing that bilirubin not only harms neurons, but also affects other types of cells by their toxic effects (17).

Ilves et al. (18) and Engle and Elin (19) reported increased serum Mg level in asphyxia. Furthermore, Olofsson et al. (20), and Sarici et al. (21), thought that hypermagnesemia leads to acidosis and hypoxemia, which in turn, may cause irreparable effects in neural cells. Some researchers suggested ionized Mg as a NMDA receptor blocking ion. Hyperactivity of NMDA receptors on the neuron membrane, during the intrauterine period, leads to ischemic encephalopathy; bilirubin affects NMDA in this way, and magnesium ion acts as a neuroprotective substance by blocking the NMDA receptors in neural cells. In the animal models studied, increased bilirubin level changed the membrane NMDA receptor activity and led to neuronal injuries (7-9, 22).

Sakamoto et al. (23), demonstrated that there isn’t any association between plasma and cerebrospinal fluid Mg level in patients with cerebral injuries; this may be due to the blood brain barrier presence. This finding is compatible with our study results. On the other hand, Sarici et al. (24), explained that elevated plasma Mg level in neonatal diseases such as respiratory distress syndrome or hyperbilirubinemia is due to acidosis and hypoxia resulting from generalized cellular damage including erythrocytes and neurons and extracellular movement of principally intracellular Mg ion (24). In a study performed by Yasser et al., the mean levels of plasma Mg were significantly higher in hemolytic unconjugated hyperbilirubinemic neonates compared to controls and non-hemolytic cases, which was thought to be due to the extracellular movement of Mg from erythrocytes (25).

There are some other paradoxical reports in the literature review, which may be due to prematurity. Perveen et al., showed that copper and magnesium remained in cord blood plasma at much less concentrations compared with the mother throughout the last trimester suggesting that the gestational age may have a major role in plasma Mg level in neonates and resulting adverse effects of hyperbilirubinemia (27). Cultural and socioeconomic differences due to genetic, geographical, and nutritional diversity may be involved in the paradoxical results. Baig et al., studied on zinc, copper, magnesium, calcium, and phosphorous levels in maternal and cord blood and demonstrated that Mg levels were higher in Pakistani women’s blood in comparison of cord blood (28).

Serum concentrations of magnesium were not profitable in the prediction of which neonates would develop moderate to severe indirect hyperbilirubinemia. Although, we did not find any statistically meaningful positive or negative correlations between plasma Mg level and bilirubin in patients studied; comparison of Mg level in two groups of severe and moderate hyperbilirubinemia showed decreased dispersion of medium Mg level in severe group.