Evaluating the Effectiveness of Self-regulation Strategy Training on Procrastination, Happiness and Academic Achievement 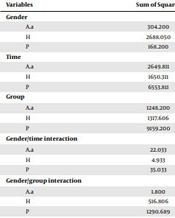 This study was carried with the purpose of evaluating the effectiveness of self-regulation strategy training on procrastination, academic achievement, and happiness of 1st grade high school male and female students.

It is a quasi-experimental research with a pretest-posttest design involving a control group. Sixty students were selected by means of multistage cluster sampling plan and randomly grouped in 4 groups of 15. Research instrument consisted of Solomon and Rothblum Academic Delay, Oxford Happiness, and Standard Academic Achievement Questionnaire. Test group received 8 self-regulation training sessions of 45-minute duration each.

Results of LSD post hoc test showed no meaningful difference between the mean happiness, procrastination, and academic achievement scores of experimental and control groups in the pretest stage. However, in the posttest and follow-up stage, the mean scores of the two groups differed significantly.

Hence, researchers have become evermore concerned about ways of inspiring students to be self-sufficient in terms of teaching and learning and manage their learning by themselves. In otherwords, personally bearing the responsibility of learning and exert control over their responses.

Academic procrastination, as one of the several factors acting against academic achievement, manifests in the form of weak functioning and, ultimately, leads to academic failure. Procrastination involves the deliberate delay in getting assignments done. Rothblum, Solomon & Murakami (1) define procrastination as the act of delaying academic tasks to the point of experiencing subjective discomfort (2). Procrastination in academic performance creates problems such as reduced academic success or achievement, intensification of psychological complications, and loss of self-esteem and happiness in students (3). There are multiple causes for procrastination among students, the most important being stress, casualness, poor time-management, inability to control pleasing behaviors and lack of self-regulation, fear of failure, and the reluctance to do assignments. Pintrich (4) characterizes self-regulation as an active and organized process by virtue of which learners adjust their learning goals and work hard to self-monitor their cognition, motive, and behavior. Hence, self-regulated individuals initially reconsider their behavior and subsequently judge them as they proceed (4).

Shortage of self-regulated behaviors, such as goal-setting, incorporation of strategies, and monitoring thought and learning process results in semi or non-accomplishment of tasks (9). Research demonstrates that happy individuals enjoy a stronger sense of self-control and, in fulfilling their tasks, are more mindful of their advantages than their disadvantages (10). Investigation on procrastrating individuals indicates that those exhibiting more procrastination in doing their assignments, make less use of cognitive strategies (11).

In the course of academic career, students experience different forms and levels of excitement. These emotions are related to their self-regulation strategies, learning motivation, self-regulation of learning, and academic achievement. In Pekrun's (15) opinion, academic emotions describe those group of emotions that are directly linked to academic activities or results. He describes the role of emotions in student self-regulation. The effect of emotions on learning and academic achievement is created by cognitive mediator and motivational variables, including motivation towards learning strategies and self-regulation of learning. Research Lyubomirsky, (16) indicates that happiness increases the cognitive and behavioral repertoire and the individual's attention, as opposed to sadness and depression that restricts the cognitive and behavioral repertoire and reduces attention. Numerous studies have addressed the role of happiness in learning, stating that youths with higher level of happiness exhibit a more active academic functioning and score a higher academic achievement (17). On the other hand, Karmen, Kinga & Edit (18) argue that procrastination is mainly related to a negative view towards academic career, since, assignments are done with content solely when students exhibit a positive academic apprehension and a lower level of procrastination. Meanwhile, students exposed to a more desirable setting at school scored higher in their exams (19).

According to fear of failure theory, stress and anxiety are one of the reasons behind procrastination. Students come to believe that their assignments are stressful and procrastinate to avoid stress. At the same time, self- handicapping theory holds that self- handicapping process begins as soon as individuals are faced with an obstacle in the way of their fine functioning. The motive behind self-handicapping is, generally, avoiding to hurt self-esteem (20). As held by temporal motivation theory, the individual fulfills the goals and assignments which are of greater value and reward to him quicker than those of lesser value and reward (21).

Multiple studies Pietrzak (22), Claessens et al. (23), Schoo (24) and Bondarenko (25), have been conducted to address self-regulation, procrastination, happiness, and academic achievement, with the results unanimously calling for the necessity to heed relentlessly to students' condition, provide them with feedback, improve their self-regulation skill, and employ cheering methods in the course of academic career to add to their happiness and content and reduce their desire for procrastination.

This study was conducted under quantitive and qualitive sections. This was done by means of semi-structured interviews held with 17 psychology and educational experts. In the subsequent stage, principle issues that represented self-regulation behaviors were classified into 8 separate categories based on which the parent, teacher, and student questionnaire consisting of 127 short questions and 5 open-ended questions was ultimately prepared. Interview data were analyzed and the result was incorporated in an educational package used for training the experimental group.

In the quantitive section, the investigation followed a quasi-experimental pretest-posttest design involving a control group follow-up. Sixty students were selected by means of multi-stage cluster sampling and asked to fill out the questionnaires. Finally, 30 female and 30 male students were randomly seeded in each of the two experimental and control groups.

This questionnaire was developed in 1989 by Argyle, Martin and Crossland. It is made up of 29 items, each item consisting of 4 phrases graded on a 0 to 3 scale. The individual ultimately obtains a score between 0 to 87.

This 60-item dual-option questionnaire was created in 2010 by Mahmood Saatchi (32) to assess student academic achievement. Scores are added to obtain a final score of 0 to 60. The higher the score, the greater the academic achievement. Cronbach's coefficient alpha for the reliability of the questionnaire was 0.82 based on the study carried out by Saatchi to assess 40 high school students.

Based on the contents of Table 3, mean procrastination score for the students of the control and experimental groups shows a meaningful difference. Meantime, the significance of the effect of time/group interaction on procrastination signifies that procrastination of groups differ at varying stages (times).

Table 3. Results of Between-groups Analysis of Effects for Procrastination Variable

Table 5. Results of Between-groups Analysis of Effects for Happiness Variable

As illustrated by Table 6, based on the results of the LSD follow-up test applied on the 5% level, there is no meaningful difference between the mean procrastination, academic achievement, and happiness scores of different groups for pretest stage. However, for posttest and follow up, the mean scores significantly differ from one group to the other.

Table 6. Comparison of Mean Values of the Triple Variables in the Experimental and Control Groups Based on Time Level and by Means of LSD Follow-up Test Result

The result of multi-variate analysis of variance for the effect of time variable reveals the difference existing in the mean scores of the triple variables, suggesting that the extent of these variables varies by time. Similary, the separate effect of gender on these triple variables was significant. At the same time, mean scores of students in the experimental group differed from those in the control group. Hence, self-regultion strategy training has a meaningful effect on at least one of the 3 variables.

To conclude over the findings and assumptions discussed in this study, it is worth to elaborated, once again, on the indirect effect of self-regulation training on students by empowering them to control and adjust their academic status, which inturn, is considered as one of the main factors for renforcing self-esteem. By improving the level of self-esteem and satisfaction derived from academic achievement, the individual's level of happiness experiences similar growth. In other words, the same way academic success and achievement is expected to raise the level of satisfaction and happiness in students, happy students can be expected to perform better academically. Student happiness is of crucial importance. Joy and happiness are strongly related to the sprightful spirit of the young student generation and their proper handling would promise optimization and reward. Self-regulation can be looked upon as an academic skill, which if acquired, would ultimately raise the level of happiness in students. Self-regulation training offers the essential mental tools for enhancing the academic achievement and level of happiness, and at the same time, reducing the tendency for procrastation.

Copyright © 2021, Journal of Clinical Research in Paramedical Sciences. This is an open-access article distributed under the terms of the Creative Commons Attribution-NonCommercial 4.0 International License (http://creativecommons.org/licenses/by-nc/4.0/) which permits copy and redistribute the material just in noncommercial usages, provided the original work is properly cited.
COMMENTS