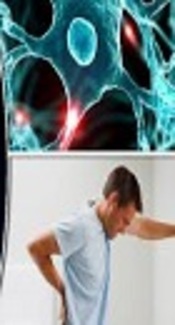 Given the prevalence of multiple sclerosis (MS) in adults, particularly in young people, which is associated with impaired individual, social, and emotional performance as well as neuropsychiatric problems, it is essential to address the psychological issues in these patients. Thus, this study aimed to evaluate the effects of mindfulness-based cognitive group therapy in reducing perceived stress in patients with MS.

The study used a semi-experimental research design with pre- and post-test evaluations. The study population included all the patients from Kermanshah society of MS patients. Twenty-four participants were selected using a purposeful non-random sampling. The participants were divided into experimental and control groups consisting of 12 patients each. The variables were measured using the Cohen Perceived Stress Scale.

It can be concluded that perceived stress in patients with MS can be reduced by learning and implementing mindfulness-based cognitive group therapy.

Multiple sclerosis (MS) is a chronic disease with unknown cause involving the immune system, which weakens the central nervous system, commonly occurring in young people. The disease has a wide range of clinical symptoms, and in many studies across the world, variations in the clinical symptoms and prevalence have been reported (1). MS patients may experience different symptoms including blurred vision or sudden blindness in one eye, double vision, bladder performance impairment or disorder, sensory disorders, weakness, muscle spasm, hearing disorder, fatigue, limb tremor, loss of balance, forgetfulness, hearing loss,numbness,and speech disorder (2).

Reports from the United States show that 5.2 million people in the world suffer from this disease, and this rate is increasing by 200 people every week (3). In Iran, for every 100000 population, about 15 - 30 people have MS (4). The disease negatively affects not only the productive younger people but the whole population (5). Studies have shown that MS patients in comparison with other healthy individuals suffer from higher levels of neuropsychiatric disorders, namely depression stress and anxiety (6). Furthermore, more than half of these patients suffere from depression (7, 8). Since no comprehensive treatment options for MS have been found so far, efforts are to be made to identify the factors that negatively affect the ability of these patients. In so doing, with prevention, treatment, and rehabilitation, we can help the patients have a better quality of life (9, 10). What has made this chronic disease so significant in the psychiatry field is the wide spectrum of neuro-psychiatric effects of the disease (11).

It is vitally important to deal with the disease as well as the associated psychiatric problems such as stress, depression, and emotional issues (12, 13).

Luis, however, believes that the disease alone can result in stress. In other words, MS patients experience an excessive amount of stress while trying to adapt themselves to the disease (14).

Ackerman also suggests that 85% of acute MS cases occur after experiencing a stressful event, which shows that stress and MS are interrelated (15). In another study, have referred to some social and psychological factors such as mental preoccupation due to the disease, concerns regarding the future, and losing jobs, fear of dying, having to deal with treatment costs, etc. (16).

In a study investigating the effects of stress on MS patients, it was ascertained that stressful life events might lead to decline in brain functioning and affect its severity (17). Furthermore, researchers from the Univercity of California, Los Angeles have demonstrated based on experimental research, and clinical- epidemiologic studies, that stress may exacerbate the rate of disability by different mechanisms (18).

A study of 26 women suffering from MS in Greece in 2008 showed that experiencing three or more stressful events within four weeks aggravated the condition of the patients (19). These studies explicitly showed that stress mainly accounts for the MS exacerbation (20). For the treatment of psychiatric problems such as anxiety, stress, and depression, different approaches including pharmacological and combination treatments have been implemented. A number of German researchers have argued that as the cognitive function is the most sensitive area affected by the disease, it is better to analyze the patients mainly from this domain (21). Also subtle changes in the cognitive function can yield some ways to determine the rate of effectiveness of the modified treatments (22). Some cognitive- behavior treatments along with other integrated remedies have been proposed. For instance, mindfulness-based cognitive treatment has had a considerable effect on preventing the exacerbation of anxiety and depression (23, 24). Mindfulness-based cognitive treatment was developed from the Kabat-Zinn model of mindfulness-based stress reduction. The primary aim of mindfulness-based thinking training is to create an attitude which is different from the prevailing thoughts, feelings, and emotions, and focus mainly on the present events with a judgment-free and acceptance attitude (25).

This type of cognitive therapy which demonstrates the connectivity of thoughts, feelings and emotions includes a range of meditations, yoga, basic trainings for depression, body review exercises, and several other cognitive treatments. These trainings both help the patients pay attention to their body conditions and decrease the spontaneous processes of depression (26). The analysis of the studies conducted in Iran has revealed that mindfulness-based cognitive treatments are effective in the reducing of negative spontaneous thoughts, inefficient attitudes, depression, and anxiety. Also, these treatments bring about increase in mental well-being and hope, and lower the patients’ mental reaction to stressful events (27, 28). Accordingly, Aghabagheri et al. in a study on patients suffering from MS have argued that mindfulness-based cognitive treatment is positively effective in increasing mental well-being and hope. Moreover, Hartman et al. believe that mindfulness-based cognitive intervention positively affects the decrease in the long-term social and psychological pressures, improves psychological health, and reduces depression in diabetic patients. Given what has already been mentioned, and concerning the fact that stress is quite common in MS patients, this study primarily aimed to examine the effectiveness of mindfulness-based cognitive group therapy in reducing perceived stress in patients suffering from MS.

The study was conducted using a semi-experimental research design with pre- and post-test evaluations. The study population included all the patients from Kermanshah society of MS patients limited to 40 patients randomly chosen in the first run. In the second stage, 24 participants were chosen through a purposeful non-random sampling using a basic interview. The participants recruited fulfilled the following requirements: suffering from MS, willing to participate in the study, willing to fill out the consent forms, having at least elementary literacy certificate, and ability to move and talk. The participants were excluded from the study if they were not willing to continue and if they were absent for up to two sessions. The participats were divided into two groups, experimental and control groups (each having 12 participants). The experimental group attended seven 1.5-hour sessions on mindfulness-based cognitive group therapy.

The statistical test used in this study was co-variance analysis test which was performed using SPSS version 22 software.

Perceived stress scale: Cohen’s perceived stress scale was created by Sheldon Cohen with three versions of 4, 10, and 14 articles used for the measurement of perceived general stress within the last month. By analyzing the responses, this scale evaluates the thoughts and feelings related to stressful events, control, prevalence, and acceptance of psychological pressure and experienced stress.

Cohen’s scale also analyses the risk factors for the behavioral disorders, and shows tense relationship processes. The questionnaire has been widely used, and translated into many languages; it is considered a norm in many countries. Each question, based on the Likert’s five-rating spectrum, receives a score of 0 for never, 1 for almost never, 2 for sometimes, 3 for often, and 4 for almost always.

Introducing members to each other, setting the general objectives plus session date and time by considering confidentiality of the participants’s private life and home projects.

Training how to pay attention to body movements while breathing, focusing on body organs, and their movements and feelings as well as mindfulness-based eating as homework.

Doing 40 minutes of meditation, reviewing home projects and practicing observation of the relationship between thought, feeling and behavior.

Reviewing and practicing the previous programs and summarizing

Table 1. Marital and Educational Status of the Studt Participants

The Lovin’s test results confirmed the equal variance of perceived stress score error in both control and experimental groups as (P = 0.076, F = 3.473). Additionally, the value of F as the group interaction and the pre-test variable of perceived stress was equal to 1.758, which was not meaningful at the level of P < 0.05, so the homogeneous pre-assumption of the regression declivity in this variable was confirmed. The data in Table 2 shows that the value of F = 62.164 for the pre-test changes of the perceived stress is meaningful at the level of P < 0.05, so the correlation pre-assumption of the independent variable was confirmed.

Table 2. Covariance Analysis Comparing the Mean Scores of the Perceived Stress in Control and Experimental Groupsa

Additionally, these patients form new attitudes wherein they accept pleasant or unpleasant events unconditionally and without any judgment. In other words, mindfulness-based cognitive treatment can bring about cognitive changes in the ideology and behavior of the patients by using conditioning reinforcement principles. Thus, the patient suffering from the disease makes an effort to reach higher and better health levels. This tendency continuously leads to gradual improvement of the patients so that they can continue individual treatment to solve their weaknesses, and problems in the subsequent, face to face sessions (31). Moreover, it could be clarified that since mindfulness modifies feelings without any judgment and increases awareness toward physical and psychological feelings, it helps the patient accept the emotions and physical phenomena as they occur (32). This ability by itself leads to more relaxation and less stress. Using such measures, particularly in MS patients who have been experiencing painful feelings such as desperation, frustration and dejection can be quite useful. Based on the aforementioned findings, it can be concluded that using mindfulness-based cognitive treatment reduces perceived stress, and modifies deficient thinking processes. Furthermore, to improve the conditions of people suffering from psychological problems resulting from perceived stress, this treatment method can be implemented either independently or with other treatment methods such as pharmacological therapies.

It is apparent that mindfulness-based cognitive group therapy exercises affect the cognitive system and information processing positively by increasing the patient’s awareness of the present using techniques such as paying attention to one’s breathing and body, and becoming aware of the here and now. Therefore, given the effectiveness of mindfulness-based cognitive training, and considering the benefits of such an approach in reducing perceived stress in MS patients, it is strongly recommended that patients suffering from depression and anxiety use this treatment widey.

Since there was no access to objective tools for the assessment of the variables, the evaluation was based on self-reporting; this was one of the limitations in the present study. It will be ideal if investigators address such issues in the future studies.

We would like to thank the professors and patients for their sincere contributions to our project.

Copyright © 2018, Kermanshah University of Medical Sciences. This is an open-access article distributed under the terms of the Creative Commons Attribution-NonCommercial 4.0 International License (http://creativecommons.org/licenses/by-nc/4.0/) which permits copy and redistribute the material just in noncommercial usages, provided the original work is properly cited
COMMENTS