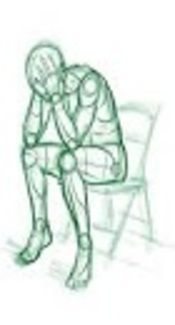 Delay in treating the symptoms of psychosis, both in terms of personal and family problems and in terms of economic and social consequences, is of particular importance. The purpose of this study is to investigate demographic and social factors associated with delay in treatment for first symptoms of psychosis in order to better prepare the ground for its prevention.

This is a descriptive cross-sectional study performed using a sequential sampling method on all patients who experienced the first psychosis attack. Then, data are extracted from a clinical interview based on clinical checklist approved by specialists. Using SPSS software (V.25) descriptive statistics including frequency, mean and standard deviation were obtained, and also Kruskal-Wallis and Mann-Whitney tests were performed.

The results of this study indicated that, with better understanding of demographic and social factors, besides educating families and doctors, it may be possible to help reducing the overall time of referral to a psychiatric services provider and thereby contribute to First treatment of the patients.

Psychosis is a psychiatric disorder in which thoughts, emotional responses, ability to recognize reality, speech ability, and communication with others are completely degraded so that one's ability to connect to reality and deal with it is disturbed (1). In the fifth diagnostic and statistical manual of mental disorder, psychosis includes a range of definitions. The narrowest definition is existence of prominent delusions and hallucinations which is not considered as an illness by the patient. In a broad definition, it refers to prominent illusions that a person accepts as illusory experiences. This definition confirms gradual nature of insight in various diseases and individuals. A broader definition of psychosis includes other symptoms, such as disorganized thinking process or catatonic and disorganized behavior. All in all, the most general definition of psychosis is loss of ego boundaries and a significantly impaired experience of reality (2). The first episode psychosis (FEP), in 80% of cases, occurs between ages 16 and 20, which is a very critical period (3). Demographic and social factors are among factors influencing the outcome and duration of untreated psychosis (DUP). As defined in literature, DUP is the time interval between onset of psychotic symptoms and first appropriate treatment (4). Khodaeifar and Mottaghipour (5) surveyed demographic variables of the illness and treatment of first- episode psychosis in patients admitted to Taleghani Hospital, Tehran (Iran) and observed significant difference between demographic variables of Iranian and foreign patients in term of FEP treatment. That is, Iranian patients used more classical drugs that had positive effects on their symptoms while patients of other countries used more new (atypical) drugs with non-pharmacological treatments. In another research carried out by Sharifi et al. (6) to determine duration of untreated psychosis and pathways to care in patients with first‐episode psychosis admitted to Roozbeh Hospital, Iran. Findings of this study showed that delay in treatment was not correlated with gender, marital status, level of education of the patient, roommates, number of roommates, and the place of first referral of the patient, but correlated with age, place of residence, and patient’s occupation. In the study of Apeldoorn et al. (7), factors such as immigration status, age at onset of mental disorder and gender were substantially associated with delay in treatment. Also, in a research by Lihong et al. (8), duration of untreated psychosis in a rural/suburban region of Japan, long delay was associated with lower ages at onset of psychosis. In a research by Wunderink et al. (9), mean and median of delay in the treatment of psychotic symptoms were about 46 and 31 weeks, respectively, and long delay in treatment was in positive relationship with unemployment and having a male gender while short delay in treatment was associated with being employed and living with parents.

Psychiatric symptoms under the threshold of diagnosis do not necessarily lead to psychotic disorders and it depends on other factors such as biological vulnerability of an individual, childbirth complications, use of cannabis in adolescence, environmental factors affecting the illness such as poverty and low education, and protecting factors such as individual flexibility and family support. Among various psychiatric disorders, either in terms of personal and family problems or in terms of economic and social consequences, psychiatric disorders are very important (10).

Studies have shown that patients with the first stage of psychosis, before referring to a psychiatrist or psychologist, have had psychotic symptoms for a long time (11).

Besides, delay in onset of treatment is associated with increased problems such as severe behavioral disorders, family problems, and deadly behaviors. Increased risk of life-threatening situations as a result of aggression with suicidal behaviors and drug use for self-treatment may make the illness more sophisticated. Therefore, diagnosis of psychosis in its early stage is essential and attention to the patient, when vulnerability to first stage of psychosis appears, is of prime significance. It is hoped that appropriate interventions during this period can prevent irreversible social, neurological, and biological changes (12).

Harrigan et al. (13) conducted a research to see whether treatment delay in first-episode psychosis really matters? They found that long delay, more than short delay, results in gradual loss of individual’s social function yet good outcome was variably associated with good pre-morbid adjustment. Delay in the treatment of psychotic symptoms is associated with increased time for recovery and response to treatment, reduced rate of recovery, and a greater incidence of psychosis (14). This study aims to identify and determine the relationship between demographic and social variables with duration of delay in treatment of psychotic symptoms. Given that variables affecting duration of delay in treatment of psychotic symptoms have not yet been fully identified and their communication complexities are not fully explained, more precise analysis of these factor may help educating families, doctors and psychologists share to reduce the overall referral time of the patients to psychiatric services providers, and thereby help them to be treated more quickly because nowadays special treatments are available for patients diagnosed with psychiatric disorders. On the other hand, living quality of patients and their families is also an important axiom of the treatment process. According to the results of previous studies on the effect of early interventions on living quality of psychiatric patients and their overall life outcomes (15), it seems necessary to conduct further studies on this issue in psychiatric centers or psychiatric departments of public hospitals of the country so as to find out, during a one-year period, how does delay in first-episode psychosis was influenced by demographic and social characteristics of patients referred to Farabi Psychiatric Hospital?

This is a descriptive cross-sectional study performed on all patients who experienced the first psychosis attack during March 21 (2015) to March 19 (2016) and referred to Farabi Psychiatric Center of Kermanshah. A total of 94 patients who had inclusion criteria and were willing to participate in the study were selected. Sample inclusion criteria were: Being diagnosed with psychosis by a psychiatrist based on five symptoms based on DSM-5 and ICD-10 criteria (hallucinations, delusions, disorganized behavior, negative symptoms, and disorganized speech), being admitted to Farabi Psychiatric Center, providing a written consent by the patient or his/her guardian to enter the study, having experience first psychosis attack, and being in the age range of 15 to 65 years old. Also, the patients were assured that participation in research is volunteering and their information will remain confidential.

Here, delay in treatment refers to interval between the onset of the first symptoms of psychosis and the first psychiatric attack, after which the person was referred and admitted to the Farabi Psychiatric Hospital of Kermanshah. The current research data was collected with a clinical interview based on a researcher-made checklist of demographic and social data approved by 20 experts in this field who were faculty members of Sanandaj and Kermanshah Universities of Medical Sciences. Using SPSS software (V.25) descriptive statistics including frequency, rate, mean and standard deviation were obtained, and also Kruskal-Wallis and Mann-Whitney tests were performed.

Table 1. Distribution of Delay in Treatment of Patients with Psychotic Symptoms Referred to Farabi Hospital of Kermanshah in 2015

Table 2. Frequency Distribution and Mean Duration of Delay in Treatment of Patients with Psychotic Symptoms Referred to Farabi Hospital of Kermanshah in 2015

Table 3. The Effect of Social Factors on Frequency Distribution and Mean Duration of Delay in Treatment of Patients with Psychotic Symptoms Referred to Farabi Hospital of Kermanshah in 2015

In this study, there was no significant relationship between birth order, marital status, education, occupational status of patient, and income, on one hand, and delay in treatment of psychotic symptoms, on the other hand. As other researches, there were some limitations in this study, among which are the results of self-report realization and not use of detailed records. This study was also conducted among those who were admitted to Farabi Hospital of Kermanshah so it cannot be generalized to other samples. Given the importance of this study, future researchers are recommended, if possible, carry out a study on a larger sample size over a course of 5 to 10 years, to investigate the correlation between rate of recovery, recurrence and chronicity of the disease, and the type of diagnosed psychiatric disorders with the delay in treatment of psychotic symptoms.

According to results of this study and other similar studies, demographic and social factors associated with delay in treatment of first symptoms of psychosis are introduced as important factors affecting mental health promotion and absolute improvement of individuals. Identification of these factors will be the key to designing and implementing interventions based on healthcare provision. These interventions, along with proper planning, will improve the quality of lives of patients and their families. Thus, with better understanding of these factors, it may be possible to help reducing the overall time of referral to a psychiatric services provider and thereby contribute to faster treatment of the patients by educating families, doctors, and psychologists.

This article is adapted from a doctoral thesis. The researchers would like to thank and appreciate all patients without whom this research was not possible, Research Deputy of Kermanshah University of Medical Sciences for their supports, and personnel of Farabi Psychiatric Hospital of Kermanshah for their cooperation.