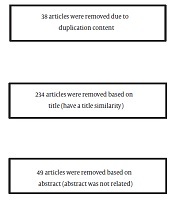 The Production Function of the Hospitals in Iran: A Systematic Review

Hospitals are the most important section in relation to health economy, accounting for 50-80% of the health budget in developing countries.

The present study aimed to estimate the production functions of the hospitals in Iran.

This systematic review was conducted via searching in the international databases of Scopus, ISI, PubMed and Persian databases of IDML, SID, MagIran for access to data in 2019 with no time limits using keywords such as hospitals, hospital performance, hospital performance assessment, production function estimation, and Iran. The required data on the authors, year of publication, language of publication, and number of hospitals were extracted from the articles using a checklist. The extracted data were categorized and interpreted in the Excel software.

Considering the positive marginal production of all the inputs, it is suggested that the utilization of the inputs increase due to their elasticity in order to improve efficiency, which is a priority for using active hospital bed. It is also advisable to assess various sections of each hospital rather than on a hospital level and evaluate productivity and efficiency.

Health economics is an important and expanding area of economics, with the health sector constituting a significant share of the national economy. Health levels have increased mainly through improving productivity and reducing service insurance costs. In most developing countries, approximately 5% - 10% of the government expenditure is allocated to the health sector. Lack of efficiency and productivity in this sector leads to the loss of workforce, capital, equipment, and management. Furthermore, inefficiencies reduce productivity in the other sectors of the economy and social welfare, thereby giving rise to political issues (1).

As in other businesses, hospitals produce and deliver particular services and are governed by the standards and principles of other firms (2). Hospitals are the most costly and important sections of the healthcare system, accounting for 50% - 80% of the health sector budget in developing countries (3, 4). Meanwhile, the share of hospitals in health expenditure does not exceed 40% in developed countries.

Considering the economic use of production resources, hospitals are among the most significant concerns for health policymakers and managers in every country. Among various components of the health sector, hospital services are the major contributor to the capital growth in many countries, which is remarkably higher in the public sector despite the large volume of the resources allocated to hospitals. However, there is a gap between the growth of accessible resources and their effective use in terms of the needed resources. The high operating costs of hospitals and inefficiency of healthcare systems challenge the way hospitals spend their resources (5).

Hospitals cannot fully control their production level, but rather respond to the demand for hospital services. Although most hospitals do not maximize profits, some hospitals may operate for profitability with the aim of selecting a specific production level (4). Knowledge of the correlations between various production factors (physicians, nurses, active beds, and other staff) and hospital production (number of inpatients) is essential to determining the optimal production.

For hospitals to use their resources more efficiently and effectively, they must also be aware of the correlations between the inputs and outputs; a practical approach in this regard involves the use of economic tools and analysis for production efficiency. Production efficiency is defined as the correlation between inputs and outputs over a given period for the production of a product by an organization. In the health sector, the concept refers to the use of the factors affecting production and service delivery (4, 6). The studies focused on the hospitals in Iran have yielded different results, and to date, no systematic reviews have been conducted regarding hospital production function to make policymakers more confident with an overall conclusion on the status of the production function and impact of each input on hospital output.

The present study aimed to estimate the production functions in the hospitals in Iran through a systematic review and meta-analysis during 1995 - 2018 to assist hospital managers in responding to regular the demand that is irregularly applied to hospital services.

This systematic review was performed to assess the production function of the hospitals in Iran. The main research question and objective was to determine whether among various factors and inputs of hospitals, any has the maximum effect on hospital output and could increase productivity. The required data were collected via searching in international databases such as Scopus, PubMed, ISI and Persian databases of MagIran, IDML, and SID. To increase the number of the related articles, a manual search was performed using the references of the selected articles. In order to collect the required data, the PICOTS keyword was used as an effective strategy. PICOTS is the first letter of various words, with P referring to the population and area of the performed studies (our study was focused on the public hospitals in Iran), I referring to interventional factors (physicians, nurses, active beds, and other staff) with no comparison factor, O referring to the study outcomes, productivity, and number of the patients of the hospital involved in the outcomes, T referring to time (all the articles were performed during 1995 - 2018), and S referring to the methodology of the study (systematic review).

A researcher-made checklist was also used to collect the data on the authors, year of data collection, year of publication, physicians, nurses, active beds, hospital staff, other staff, marginal production, average production of the inputs, and marginal substitution rates. All the hospitals were public, and the study variables were physicians, nurses, hospital beds, other staff, technology, and virtual variables. The coefficients of determination and efficiency were compared with the scale.

The inclusion criteria of the study were as follows: (1) studies conducted in the hospitals in Iran; (2) original articles; (3) articles available in full text; (4) articles containing the required data; (5) publications in Persian or English and (6) investigation of more one hospital. The exclusion criteria were publications in both Persian and English (only the English version was selected. Article and letter should review to editor. The extracted data were the selected articles were analyzed using the Excel software.

The main research objective was the production function of the hospitals in Iran in the form of a systematic review. Furthermore, the review had an analytical objective, which was the review of the elasticity of all the hospital inputs, such as the elasticity of physicians, nurses, active beds, and other staff. The descriptive research objective was also focused on the marginal production and average production of all the inputs.

Initially, 334 articles were found, and based on the criteria for the review of the titles and abstracts, avoidance of duplicates, and similarity of the contents, 12 articles were selected for the final analysis. Figure 1 shows the flowchart of the database search and selection of the final articles. 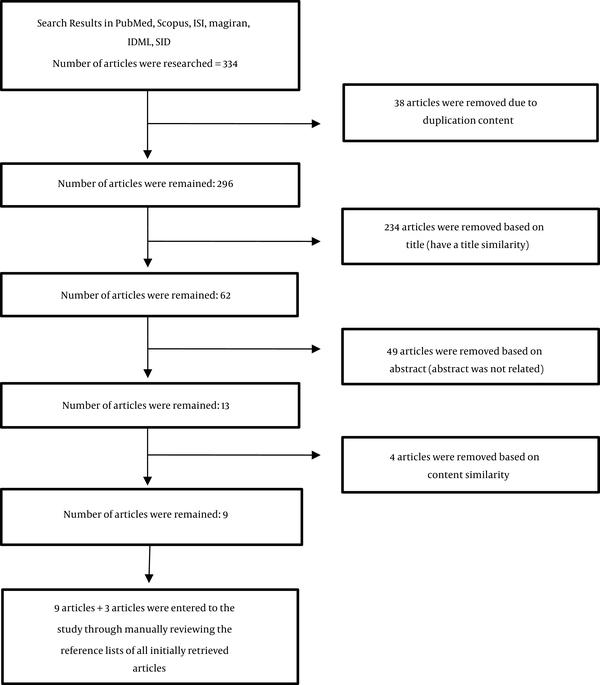 Table 1. Elasticity and Return to Scale of Production Inputs in Hospitals in Iran

In the reviewed studies, the marginal rate of technical substitution (MRTS) of the inputs was also reported in Mashhad (1), Qazvin (6), Ahwaz (7), Iran (2), social security organization hospitals (12), and the general hospitals affiliated to Iran University of Medical Sciences (13), as well as in Isfahan (5), Urmia (3), Kurdistan (8), Yazd (9), Kermanshah (10), and social security hospitals (11). For instance, in Kermanshah (10), the MRTS for physicians and active beds was 0.95, which indicated that a physician is replaced with 0.95 beds, and the production level remains constant. However, the MRTS for nurses-physicians was 0.26 and if a nurse is replaced by 0.26, the level of production remains constant. The MRTS for physicians-other staff, nurses-active beds, nurses-other staff was estimated at 10.96, 0.25, and 2.86, respectively.

Extensive research has been focused on the output of hospitals by means of production function. The data in this regard have been estimated for 193 English maternity hospitals. Among various inputs, the number of active beds and nurses seem to be the significant factors, while returns to the scale in maternity services may be constant at best (14).

In the acute care hospitals covered by Taiwan national health insurance system, a correlation has been reported between nurse staffing and patient mortality. Furthermore, the findings in this regard indicated that the mortality rate of patients depends on the proportion of nurses to patients as the higher ratio lowers the mortality rate. Therefore, it could be stated that lower nurse staffing than the standard level in intensive care hospitals is associated with increased mortality, and policymakers should consider healthcare policies that matches staffing with the needs of patients for nursing care through setting a shift-based, minimum patient-to-nurse ratio from the perspective of maintaining the quality of patient care (15).

The impact of health information technology on hospital productivity has also been investigated as in whether IT health information could be a tool used to change the delivery of health care. Unlike end products, the overall benefits of expanding the use of IT are moderate, and the doubling of the IT capital could increase the total added value by less than 1% (16).

In Shenzhen city (China), a research was performed during 2006 - 2010 to survey the trends of the efficiency and quality of hospitals and determine whether there is a trade-off between efficiency and quality in hospital production (17). In the mentioned study, the estimates of the returns to medical care in addition to more intensive care depended on factors such as the unmeasured differences in patient intensity and productivity of healthcare providers (18).

One of the limitations of this review was the inability to access the financial data and cost-income of the hospitals, which could be an important input to the production function of every hospital. Moreover, data on the number of patients in hospitals, hospital beds, nurses, and physicians could not be easily accessed as they were mostly confidential and could not be estimated.

The recommendations of this review have been classified into two categories of executive suggestions and research suggestions, as follows:

Considering the positive marginal production of all the inputs, it is suggested that the utilization of all inputs increase owing to their elasticity in order to improve the efficiency of the inputs, which is a priority for the use of active inputs.

Instead of hospital-level studies, the sections of each hospital should be surveyed, along with the evaluation of the production functions, productivity, and efficiency of hospitals.

Copyright © 2020, International Journal of Health and Life Sciences. This is an open-access article distributed under the terms of the Creative Commons Attribution-NonCommercial 4.0 International License (http://creativecommons.org/licenses/by-nc/4.0/) which permits copy and redistribute the material just in noncommercial usages, provided the original work is properly cited.
download pdf 114.49 KB Peer Review Comments ( 159.76 KB) Get Permission (article level) Import into EndNote Import into BibTex
Number of Comments: 0