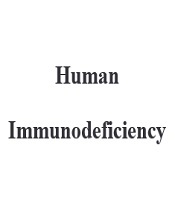 Prospects of BNAbs in Management of HIV/AIDS

Meanwhile, broadly neutralizing antibodies (BNAbs) are being evaluated for their potential as long-acting alternatives to the use of antiretroviral regimens in HIV prevention and therapy (3). BNAbs may be able to protect against HIV-infection and this may help to prevent people who are not living with HIV from being infected with the virus in the future (1). Also, the use of BNAbs as a treatment has shown potential in clinical studies (2) and it has also been reported that BNAbs may have prospects in the clearance of viral reservoir by interacting with the surface receptors of infected cells using the FC Domain of the antibody (1). Furthermore, it has been reported that the main target for neutralizing antibodies may be the BNAbs CD4 receptor on the T-cells (4).

Broadly neutralizing antibodies (BNAbs) may be employed in conjunction with early antiretroviral regimens as strategies toward HIV remission in the nearest future (5). Also, it has been reported that the combination of more than one type of Broadly Neutralizing Antibodies was more effective than the use of a single type of BNAb in suppressing viremia (5). Infusing a Single type of BNAb transiently decreased the viremia coupled with the selection of escape variants but upon infusion with two types of BNAbs, viral suppression was successfully maintained in harboring antibody-sensitive viruses after antiretroviral therapy (ART) was stopped (6). Also, a variety of BNAbs and modified antibodies are being tested in ongoing clinical trials and these are expected to provide interesting in-depth information about the Broadly Neutralizing Antibodies (1). Also, there are other ongoing clinical trials aimed at assessing potential BNAb-mediated effects on HIV-1 persistence and host immune responses (6).

Furthermore, BNAbs are now being tested in humans to know their ability in the promotion of immune control of HIV in infected individuals and also their potential in eliminating HIV-infected cells (1, 6). A lot of studies are currently ongoing to develop vaccines that can help in the fight against HIV prevention and it is noteworthy that one of the goals of HIV vaccine development is to produce immunogens that can induce BNAbs (4). The increasing potential of BNAbs may be a game-changer in the treatment of HIV as it has proven valuable in HIV remission.

Copyright © 2020, International Journal of Health and Life Sciences. This is an open-access article distributed under the terms of the Creative Commons Attribution-NonCommercial 4.0 International License (http://creativecommons.org/licenses/by-nc/4.0/) which permits copy and redistribute the material just in noncommercial usages, provided the original work is properly cited.
download pdf 80.37 KB Peer Review Comments ( 124.40 KB) Get Permission (article level) Import into EndNote Import into BibTex
Number of Comments: 0