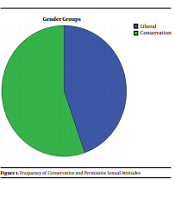 The Sexual Attitudes of Iranian Students

Sexual attitudes are a central concept in the study of sexuality and may largely influence the decision-making of the youth to engage in premarital sexual relations.

The present study aimed to investigate the sexual attitudes (permissive/conservative) of Iranian students.

This study was conducted on 280 students (170 females and 110 males) who were selected via multistage random sampling from the students of Ahvaz Jundishapur University of Medical Sciences in Ahvaz, Iran. Data were collected using the short-form sexual attitude scale. Data analysis was performed in SPSS version 22 using the factorial analysis of variance.

The results of this survey could guide psychologists and counselors in helping students with the issues regarding premarital sex and the prevention of high-risk sexual behaviors.

Sexual behaviors differ in various cultures. Although sexual relations are common in western countries, they are often restricted to marriage in most eastern countries due to the predominant Islamic culture (1). Nevertheless, biological (age of puberty), social (peers and parental norms), and environmental factors (media) affect the first sexual relations, and the role of common attitudes and beliefs in this context cannot be overlooked (2).

Some findings have been indicative of sexual double standards or the cultural beliefs that premarital sexual relationship is unforgivable for women, whereas forgivable and even appropriate for men (7). In general, sexual double standards refer to the idea that men are socially rewarded for sexual activities, while women become socially condemned (11). In this context, the social structure theory suggests that sexual double standards are structured and may vary depending on the power hierarchy and sexual division of labor in every community (12). For instance, sexual double standards are weak in egalitarian societies, and men and women equally engage in sexual behaviors. In contrast, there are gender differences in the behaviors related to sexual issues in the societies where men have more control in power. The social structure theory could also predict the gender differences in sexual desires given the differences in the power of men and women in most of the countries across the world (13).

Sexual attitude is a characteristic that affects mate selection during lifetime, especially in early adulthood. After admission to the university, the youth tend to establish relationships that may lead to marriage. With the development of these relationships, most individuals select their lifelong mates based on sexuality, love, and attraction (6). Since the pervasive beliefs regarding sexuality could determine mate selection and such relationships (18) and considering that the nature of sexual desires is a sensitive issue and there is inadequate knowledge about the impact of this phenomenon on various life issues, the present study aimed to address the following questions:

1) Is there a difference in the sexual attitudes (permissive/conservative) of male and female students?

2) Is there a difference in the sexual attitudes (permissive/conservative) of the students of different age groups?

The short-form sexual attitude scale (SAS) has been developed by Hudsun et al. (19), with the aim of examining permissive and conservative sexual attitudes. The scale consists of 25 items that are scored based on a five-point Likert scale (0 = Totally Disagree, 4 = Totally Agree); the higher scores than 50 indicate a conservative attitude, and the lower scores show a permissive attitude. The items in the SAS have been back-translated with respect to cultural values. In the current research, items four, 12, 15, 16, 23, 24, and 25 were eliminated due to cultural values, and 18 items remained in the study (e.g., "I think there is too much sexual freedom for adults these days. Sex education should be given only when people are ready for marriage.").

After obtaining the required permit from the university officials, the participants were selected from the students of Ahvaz Jundishapur University of Medical Sciences. The research procedures and objectives were explained to the students. After obtaining oral informed consent in the early phases of the research and ensuring the participants regarding the confidentiality and anonymity of the data, the research was initiated in compliance with ethical professional and research guidelines.

Data analysis was performed in SPSS version 22 using the factorial analysis of variance.

According to the information in Table 1, the mean total score of the participants was 21.43 ± 1.93. The mean scores of various age ranges and sex variables are also presented in the table. 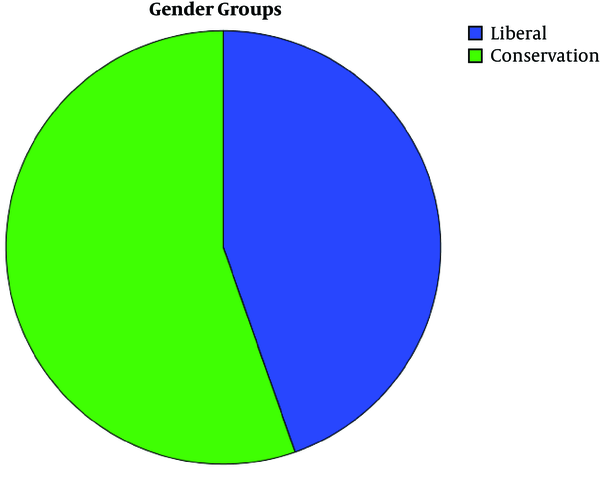 Table 2. Results of Factorial Analysis of Variance of Sexual Attitudes

According to the findings of the current research, the sexual attitudes of the female students was mostly conservative compared to the male students (3, 8-10, 21), which indicated a significant difference in the sexual attitudes between the male and female students as the females had conservative sexual attitudes, while the males had permissive sexual attitudes. The difference in this regard could be explained based on an evolutional viewpoint; due to the different investments of men and women in childbearing, it is not surprising that men have permissive and women have conservative sexual attitudes. Considering the number of the male and female sexual cells (sperms and eggs), women have to use more resources and energy to reproduce than men and spend considerable resources for pregnancy. With respect to the difference between man and woman in the attempt for successful reproduction, any poor choice for women would be costly both mentally and physically, which urges women to be more careful with their mate selection. If a woman has a poor choice of mate, she might get to raise her child without her partner's help, but if a man has a poor choice of mate, he has not invested as much in the process. In addition, women may take fewer advantages of unrestraint sexual relations, while men may benefit from reproduction with any new partner. Therefore, men have more permissive sexual attitudes, and women have conservative attitudes in this regard (7).

Sociologists believe that the factor of role largely influences sexual differences. In addition, social learning theorists believe that men and women are rewarded for the behaviors that comply with traditional gender roles, and inconsistent behaviors would be punished. Therefore, it is expected that men have more sexual activity, while women are more oriented toward the emotional aspects of sexual matters and invest more in committed relationships. Social learning theorists believe that the stereotypes of men's gender role in the society are more active and more exploratory, which justifies the permissive sexual attitude of men (18). According to this theory, men and women socialize in different gender patterns. As such, premarital intercourse and focus on sexual pleasure are considered more acceptable for men, while women are more concerned about the background of the relationship (commitment and safety) as the necessary conditions for the expression of their sexual desires (10).

In this regard, Oliver and Hyde (22) have described the difference in the sexual attitudes of men and women based on the social learning theory. They believe that the youth are more likely to be engaged in casual sexual relations as they perceive that adults are rewarded for engaging in sexual behaviors. On the other hand, women might not be rewarded for such behaviors and might even be punished for these behaviors. Furthermore, these scholars believe that based on the social pattern and role theory, men might have more permissive attitudes toward sexual relations since they need to be the initiator of sexual behaviors. In addition, the difference in the sexual attitudes of men and women in Iran could be attributed to social, cultural, and religious norms, which impede premarital sexual contacts between the two genders. This religious prohibition for women, who are traditionally expected to maintain their chastity until the first marriage and even prove their chastity in the marital ceremony, is more inflexible and in line with religious, legal, and social punishments (2). Therefore, women are more concerned about their relationship with men before marriage and pay more attention to interpersonal relations than men, with an outlook for a committed relationship, such as marriage, as they consider it necessary for sexual interaction. As a result, women have more conservative attitudes about sexual relations compared to men.

Other findings in this regard have also demonstrated that young students are more conservative than older students (3, 15, 16, 23). It could be argued that the time of presence in the university could affect the sexual attitudes of students. Several factors may be involved in the evolution of sexual attitudes and behaviors. Personal philosophy in life (spirituality), exposure to sexual contents (sexual experience), ethical teachings of parents, peers, and the society, religious background, sociocultural norms, and a combination of these factors could form the beliefs of individuals about sexual relations and behaviors. Family plays a determining role in the formation of attitudes as individuals are controlled by their parents before entering the university. After attending the university, students begin to foster relationships that are not controlled by the family anymore and become more influenced by their peers. Therefore, entering the university, communication and friendship before marriage, the phenomenon of love, and deep relationship with the opposite sex during the course of higher education are a few reasons that lead to the formation of permissive sexual attitudes as the social environment is considered to be an important influential factor in the formation of sexual attitudes. Moreover, the social environment plays a key role in the development or modification of premarital sexual behaviors and attitudes (24).

One of the limitations of the current research was that the sample population was limited to university students, and the results should be generalized to other populations with caution. The questions of sexual attitudes are culturally sensitive, and the participants had inhibitions in their responses and were sensitive in this regard, which might have affected the final results. Considering that our sample population consisted of students, it is suggested that similar investigations be conducted on other populations. Since religion plays a key role in the decisions of individuals, it is also recommended that variable religions, along with the variables of the current research, be used in the studies conducted in the future.

Copyright © 2021, International Journal of Health and Life Sciences. This is an open-access article distributed under the terms of the Creative Commons Attribution-NonCommercial 4.0 International License (http://creativecommons.org/licenses/by-nc/4.0/) which permits copy and redistribute the material just in noncommercial usages, provided the original work is properly cited.
download pdf 169.93 KB Peer Review Comments ( 194.57 KB) Get Permission (article level) Import into EndNote Import into BibTex
Number of Comments: 0