Role of Organizational Silence in the Professional Performance of Frontline Staff in the Hospital Structure: A Path Analysis 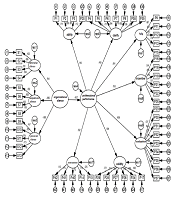 The present study aimed to investigate the effect of organizational silence and its dimensions on the professional performance of health workers in the medical centers in Qazvin province, Iran in 2020.

This was a descriptive-analytical study in terms of objective and a cross-sectional study in terms of design. The study was conducted in the medical centers affiliated to Qazvin University of Medical Sciences. In total, 365 questionnaires were distributed to select a sample of the healthcare workers from the selected centers in proportion to the total number of the staff. Data analysis was performed in SPSS version 22 using path analysis at the significance level of 0.05.

Based on the findings, it is recommended that the organizational atmosphere of the medical centers be improved so that the healthcare workers could provide feedback without concerns of being criticized by colleagues and superiors and the fear of consequences.

Hershey and Goldsmith identified some of the influential factors in organizational performance and productivity, which included seven crucial dimensions of motivation, decision validity, job recognition, environmental compatibility, administrative support, performance feedback, and ability. These factors are divided into individual characteristics (motivation and ability) and organizational environment characteristics (administrative support, job recognition, and environment/performance evaluation). In this context, ability refers to the knowledge and skills of employees, which enable a task to be accomplished. Clarity refers to understanding and accepting processes and mechanisms. The help dimension expresses that employees need help and support from the organization to perform efficiently. Incentive (motivation) refers to the reasons behind employees’ tasks or the motivation to complete a specific task successfully. Evaluation refers to daily and periodic performance feedback, and credit feedback reflects the managers’ decisions regarding human resources, which should be aligned with organizational policies. Finally, the environment refers to the external factors that affect organizational performance despite having ability, clarity, support, and motivation (6).

Several foreign and domestic studies have indicated a strong correlation between organizational silence and organizational performance. Some of these studies have been performed on physicians and nurses in Turkey (7), the headquarters staff in Iran University of Medical Sciences (8), the nurses of Bu-Ali Sina Hospital in Mazandaran (Iran) (9), and the staff of the teaching hospitals affiliated to Shahid Sadoughi University of Medical Sciences in Yazd (Iran) (10).

Organizations need employees who are responsive to the challenges of their environment, are not afraid of decision-making, express ideas about organizational problems and challenges, and share information and knowledge to survive and stay competitive. Therefore, the managers and officials of the health sector (especially hospitals) must take serious measures to reduce employee silence since inattention to such an important issue could adversely impact organizational performance and community health. Limited studies in this regard propelled us to assess this critical issue, highlight the importance of each dimension of organizational silence from healthcare workers’ perspective, and determine their impact on their performance.

The present study aimed to investigate the effect of organizational silence and its dimensions on the professional performance of health workers in the medical centers in Qazvin province, Iran in 2020.

This study was conducted at the medical centers affiliated to Qazvin University of Medical Sciences. Four hospitals were selected randomly, including Quds Hospital, Velayat Hospital, Shahid Rajaei Hospital, and Bu-Ali Sina Hospital. Initially, participants were selected via stratified sampling based on employment groups (paraclinical, logistic, administrative, and financial), and a random sampling of each class ensued in a particular proportion. The selected hospitals had 2,256 employees; since the variance of the target population was not available, we used the Morgan table. Determining a sample size by the Morgan table is easier than the Cochran's formula. We only needed to find the community size (N) in this table by checking the corresponding column to extract the sample size (N). The sample population included 2,256 employees. As is shown in Table 1, the sample size was estimated to be 322 - 333, which was eventually determined to be 331.

In total, 365 questionnaires were distributed in proportion to the number of the healthcare workers in hospitals considering 10% sample loss. The inclusion criterion of the study was the willingness, satisfaction, and ability to participate. In case of leaving the study, the participant would be replaced by another person.

Data were collected using two standard questionnaires. The first tool was the organizational silence questionnaire by Vacula and Borados, which consists of 13 items and three components of defensive silence, acquiescent silence, and altruistic silence. In this questionnaire, organizational silence is assessed by various statements (e.g., “In this organization, my colleagues refuse to provide information so that they could maintain their position.”). The items are scored based on a five-point Likert scale (completely agree-completely disagree). The reliability of the scale has been confirmed by Salavati et al. (12) using the Cronbach's alpha, which is estimated at 0.881 and 0.889 for the components of effective communication and organizational silence, respectively. In the present study, the validity of the scale was measured using the content validity method, exploratory and confirmatory factor analysis, and the KMO index.

This questionnaire consists of 42 items and seven dimensions, including motivation, decision validity, job recognition, environmental compatibility, organizational support, performance feedback, and ability. The questionnaire items are scored based on a five-point Likert scale (Very Low = 1, Very High = 5). The validity of the questionnaire has been confirmed based on the opinions of supervisors and advisors. In addition, Asadi et al. (13) have estimated the reliability of the scale at 0.86.

In this study, the questionnaires were self-administered. Initially, the researcher visited the selected hospitals to explain the research objectives and structure to the participants. By allocating adequate time, the participants completed the scales.

Data analysis was performed in SPSS version 22 using descriptive and inferential statistics. In terms of the descriptive statistics, we used tables of frequency distribution, percentage, mean, and standard deviation to assess the participants' demographic characteristics and the variables in the organization. As for the inferential statistics, we used correlation-coefficient tests to investigate the correlation between organizational silence and performance. In addition, multiple regression analysis was applied to predict the effective components. In all the statistical analyses, the level of significance was set at 0.05.

a Correlation is significant at the 0.01 level (2-tailed)

b Correlation is significant at the 0.05 level (2-tailed)

Table 5. Regression Weights in the Parameters of the Structural Equation Model in the Final Model a 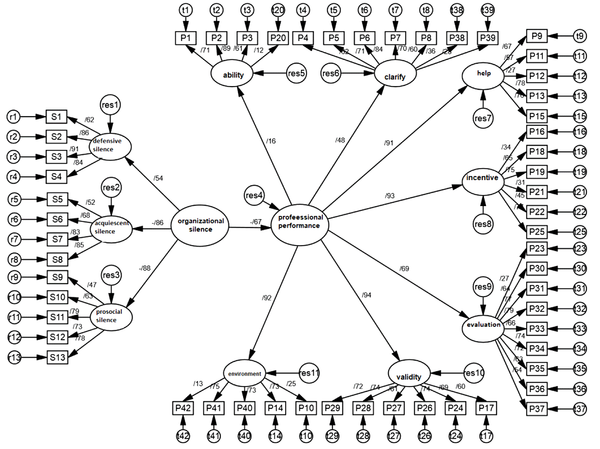 Figure 1. The paths between the components in the final model

Few studies have investigated the correlation between these two variables in the health sector. Consistent with our study, Ghanbari et al. (14) reported the direct effect of organizational silence on performance reduction in university staff. Our findings indicated that in the selected hospitals, the professional performance of the staff could directly affect the degree of their silence, and this negative effect manifested in service-related behaviors. In line with the results of the present study, Askari et al. (10) evaluated the healthcare workers of the teaching hospitals affiliated to Shahid Sadoughi University of Medical Sciences in Yazd (Iran), reporting a significant correlation between the components of organizational silence and professional performance. Therefore, an organization whose employees have more freedom of expression and participation in organizational decision-making will consider themselves committed to the organization and perform their duties more competently, motivated, and satisfied.

Defensive silence is a self-protective behavior caused by fear. Since professional performance involves dimensions such as motivation, ability, and adaptability, defensive silence may undermine such skills. Since the hospital environment is highly strict and the staff cannot easily comment on every issue, the extent of this silence may be significant in such environments. Therefore, this issue should be considered, and necessary management measures should be taken, such as creating a sense of security in healthcare workers to express their ideas or interpret a motivational logic to speak to reduce and eliminate an issue. In the current research, a significant, positive correlation was observed between acquiescent silence and the dimensions of professional performance, except for the help dimension.

Acquiescent silence is a withdrawn behavior, which is more passive than active. With this type of silence, individuals imply that they have accepted the status quo and have no desire to participate or change a given situation (4). In contrast to similar findings, the results of the present study demonstrated the positive effect of acquiescent silence on professional performance. Therefore, it could be concluded that hospital staff with a conscious choice of acquiescent silence will have high security to maintain their job and position, while their performance may be affected by such security. Furthermore, a significant, positive correlation was observed between altruistic silence and professional performance, except for the help dimension. Altruistic silence is based on the principle of organizational citizenship behavior. The nature of such silence is to consider and pay attention to others in decision-making and avoid expressing opinions and ideas (16). Since hospitals offer more specialized and sensitive jobs than other organizations, issues such as confidentiality, self-control, cooperation, and task sharing are essential in their environment. Therefore, altruistic silence in such environments may increase the professional performance of the staff. In other words, actions such as avoiding expressing ideas and opinions due to loyalty to the organization, avoiding disclosing confidential information for cooperation, protecting specialized knowledge, decision-making as a group, and giving importance to working groups and committees positively influence professional performance.

Since this study was conducted on the healthcare workers in Qazvin province only, generalizing the findings to other organizations should be with caution. Another limitation of the study was using a questionnaire to collect data, which might have undermined the honesty of the participants in their responses.

We would like to thank all those who participated in this study. This study was funded by Qazvin university of Medical Sciences.