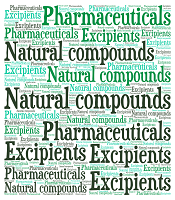 Naturally Occurring Compounds and their Importance as Pharmaceutical Ingredients

Human beings have always resorted to natural resources to meet their daily needs and tried to access them by developing methods to access these resources. These needs range from the most basic, including food, housing, and clothing, to the most advanced human needs, such as communications and transportation. In the meantime, the treatment of diseases using natural methods and resources is of particular importance. Almost all ancient civilizations, including ancient Persia, India, Egypt, and Greece, have left precious treasures of ideas and natural remedies for diseases.

Today, these ideas and strategies have been reconsidered by different nations as traditional philosophies and complementary medicine, including Ayurveda in India, acupuncture in China, and traditional medicine in Iran. Therapies based on using natural compounds play a decisive role in all these philosophies. Despite the remarkable advancement of science and technology in the manufacture and control of synthetic drugs, using medicines of natural origin plays a dramatic role in pharmaceutical market. In this regard, the administration and use of minerals such as sulfur and lithium, animal products such as hormones, vitamins, and enzymes, and plant products such as alkaloids, steroids, and glycosides may be mentioned.

On the other hand, in addition to the use of these compounds as pharmaceutically active substances, compounds of natural origin are used as carriers or excipients in manufacturing various pharmaceutical dosage forms, some of which will be briefly mentioned later.

Pharmaceutical syrups are one of the most widely used oral dosage forms in which sucrose, that is a natural sugar, is considered as a sweetener and as the major component of the formulation. In addition to creating a good taste masking the bitter and unpleasant taste of many drugs, this compound provides the proper viscosity of the product and acts as a preservative that inhibits the growth of microorganisms. Herbal gums, natural polymers, and colloidal clays are used as stabilizing agents in other widely used liquid pharmaceutical dosage forms, suspensions, and emulsions. The use of tragacanth, gum Arabic, and silicates as structural vehicles in suspensions prevents rapid particle sedimentation. Also, the use of natural emulsifiers such as gelatin and agar in emulsions prevents coalescence of emulsion droplets and phase separation, thus improving the stability of the emulsion.

In the formulation of semisolid products such as ointments, creams, and gels, the presence of natural compounds as a base and drug carrier is very important. Hydrocarbons extracted from petroleum (classified as liquid, semi-solid, and solid petrolatum), sheep wool fat products such as lanolin and eucerin, as well as spermaceti and beeswax are the main components of semisolid products such as ointments and creams. The use of natural polymers and their derivatives in the preparation and formulation of medicinal gels is another example of the applications of these materials.

In solid products, it is important to point out that gelatin is the main component of the shell of hard and soft gel capsules, which gains its desired flexibility and shape by adding other natural substances such as glycerin. A wide range of natural materials are also used in tablet formulations for a variety of purposes. The use of various forms of starch and its derivatives as binders and disintegrating agent, stearates as lubricant, inert substances such as mannitol, and calcium carbonate as diluents or fillers are examples of the strong presence of natural compounds in the formulation of tablets.

The presence of natural compounds is also prevalent in other pharmaceutical dosage forms. The most widely used base for medicinal suppositories is cocoa butter, an oil extracted from the theobroma cacao, a plant which is native to tropical regions of America. The use of mineral oil as a levigating agent is very common in the process of making ointments. In aerosols, natural gases such as nitrous oxide and carbon dioxide are used as propellants. The role of titanium dioxide as opacifier in tablet coatings, gelatin capsules, and many other dosage forms may also be mentioned.

In addition to improvement of physicochemical properties of drugs, compounds of natural origin have an undeniable role in changing the pharmacokinetic properties and increasing the effectiveness of drugs. In cases where the absorption of a drug in the gastrointestinal tract, respiratory system, skin, or mucous areas is low, this problem can be overcome by using the absorption enhancer. Natural additives, including bile salts (1), vegetable essential oils, terpenes, and terpenoids have been used extensively for this purpose (2). They are very compatible with most of the drugs and do not create any irritation or sensitization reaction. Also, using chitin, chitosan, and their derivatives that are extracted from marine organisms, while protecting the drug against the destructive digestive environment, may cause a more effective presence at the site of absorption and increase the bioavailability of some drugs (3). It has been proposed that incorporation of anticancer drugs may significantly increase the drug release in tumor environment. This phenomenon elevates the drug presence in tumor area and lowers the potential risk of adverse reactions associated with anticancer drugs.

Furthermore, compounds of natural origin are widely used today in the construction of novel drug delivery systems. Liposomes are widely used today as drug carriers. The main constituents of the structure of these vesicles are cholesterol and lecithin from eggs or soy. Other nanostructures based on natural materials include magnetic iron oxide nanoparticles as well as carbon nanotubes (4) that have been used for targeting through molecular imaging and tissue engineering, respectively.

In conclusion, despite the development of technologies for the synthesis and purification of synthetic materials, due to features such as abundance and easy access, biocompatibility, as well as general popularity, use of naturally occurring compounds in formulation of pharmaceutical preparations is very widespread and has a growing trend.