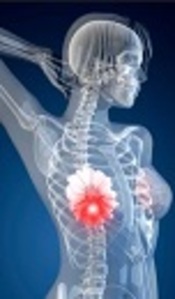 Chemotherapy-induced neuropathy is one of the most severe complications of cancer drug therapies causing a number of problems for patients and making treatment limitation decisions problematic. One of the most important drugs used in breast cancer chemotherapy regimens, Taxol is considered as the most common cause of neuropathy in such cases. The aim of this study was to evaluate the effect of vitamin E on reducing the Taxol-induced neuropathy development among patients with breast cancer.

The randomized clinical trial (RCT) included 70 patients with breast cancer who received Taxol chemotherapy regimens. They were assigned to one of the two groups: a group without vitamin E feeding (Group I) and a group with vitamin E treatment at a daily dose of 400 IU bid (Group II). Electrophysiological testing of all patients was performed before starting medications and again 3 months post-treatment. The data were compared between the groups.

Vitamin E feeding had no significant effect on amplitude, latency, and CV of tibial and peroneal nerves (P > 0.05), while the delta amplitude of sural nerve was significantly lower among patients taking vitamin E supplements (P = 0.007).

We suggest the inhibitory effect of vitamin E on the progression of Taxol-induced neuropathy, by slowing the speed of progression, among breast cancer patients by improving the function of the nervous system.

Chemotherapy-induced peripheral neuropathy (CIPN) is one of the most severe complications of cancer drug therapies. The peripheral nervous system is the main target for anti-cancer agents, most of which act as negative regulators of dorsal root ganglia (DRG) neurons or peripheral nerve axons. Such events are believed to be due to the little effect of blood-nerve barrier, thus providing an easy access for toxic substances to these sites (1). The overall prevalence of CIPN in patients receiving different treatment options is around 38%, although this rate is heavily dependent on chemotherapy regimens, exposure duration, and assessment techniques (2). Studies among drug users indicate that Platin Derivatives, Vinca alkaloids, and Taxanes are more likely to cause CIPN. Taxanes are known cytoskeleton-affecting drugs that can increase the tubulin polymerization process. Taxol has the most neurotoxic potential among the novel chemotherapeutic drugs introduced as Taxanes (3). Improved disease free survival as well as overall survival has made Taxanes as the most important drugs for most patients and survivors of breast cancer. Therefore, treatment with such drugs has the potential to result in Taxane induced neuropathy (TIN) among women undergoing breast cancer therapy, as nearly 80% of Taxane-treated patients eventually develop neuropathy that necessarily makes treatment limitation decisions problematic (4).

So far, a number of attempts have been made to prevent certain toxic neuropathies. Since then, a large number of substances have been introduced as neuroprotectants, including acetyl-L-carnitine, amifostine, glutamate, alpha-lipoic acid, nerve growth factor, and vitamin E (5). However, such agents have not yet been approved for clinical use, which may be due to the lack of data or conflicts in the available evidence and the need for further research. Numerous studies have examined the role of vitamin E in reducing the risk of CIPN occurrence; however, some aspects of this relation still remain controversial. Pace et al. and Argyriou et al. have shown that vitamin E supplements can lead to decreased peripheral neurotoxicity caused by cisplatin-based chemotherapy (6, 7). On the other hand, Afonseca et al. have reported no significant effect for vitamin E on the occurrence of oxaliplatin-induced neuropathy (8). Thus, more research should be conducted to explain how vitamin E could act as a neuroprotective agent in this context. Consequently, the aim of this study was to evaluate the effect of vitamin E on reducing Taxol-induced neuropathy among patients with breast cancer.

A total of 70 patients with breast cancer, whose disease had been confirmed by a medical oncologist and underwent a Taxol-based regimen, were enrolled in the study. All the cases were selected among patients referring to the department of Oncology, Ahwaz Shafa Hospital, Iran. This study was carried out in accordance with Ethical Committee acts of Ahwaz Jundi Shapour University of Medical Sciences and all the patients were informed about the study. Inclusion criteria were being at least 18 years of age with normal renal and hepatic function, life expectancy of more than one year, and having capacity to understand basic health information as well as to sign a consent form. Patients with a history of peripheral neuropathy and systemic diseases such as diabetes mellitus, systemic lupus erythematosus, HIV, and alcohol problems, as well as those with a history of chemotherapy treatment were excluded from the study.

Patients receiving Taxol-based chemotherapy were randomly divided into either a group without vitamin E feeding (Group I) or a group with vitamin E treatment at a daily dose of 400 IU bid during the whole study period (Group II). They were considered as control and intervention groups, respectively. The pharmacy gave the medications to the patients via a computer-generated randomization sequence. The patients received either vitamin E or placebo by a nurse blinded to the medication and not involved in the study.

Clinical and electrophysiological evaluation of patients involved in the study was done by an experienced neurologist. Standard neurophysiological test was performed unilaterally (on the right side). Electrophysiological assessment of tibial and peroneal nerves motor conduction was done by measuring the distal motor latency, baseline amplitude of compound muscle action potential, and motor conduction velocity. In addition, to evaluate the sural nerve sensory conduction, peak-to-peak amplitude of sensory action potential, sensory condition velocity and latency measurements were recorded. Sensory condition velocity and latency as well as peak-to-peak amplitude of sensory action potential were measured and recorded in order to evaluate the sural nerve sensory conduction. Electrophysiological tests were performed before starting medications and then 3 months post-treatment in both groups. All the evaluations during the trial were conducted by a neurologist and in one center.

In order to have 90% power, to detect a correlation as small as 0.25, with a type I error of 0.05, we needed at least 70 subjects. Therefore, we included 70 people in our study. In this study, the quantitative parameters obtained in both groups are expressed as mean or median. The significant differences of amplitude, latency, and CV of tibial, peroneal, and sural nerves between the groups were examined using Mann-Whitney test. P-value of less than 0.05 was considered statistically significant. Data were analyzed using the statistics software SPSS, version 19.0 (Statistical Package for Social Service Inc., Chicago, IL, USA).

The average age of patients in Groups I and II was 47.2 and 47.4 years, respectively. There was no statistically significant difference in age distribution of subjects between the groups (P = 0.991). The amplitude, latency, and CV of all patients before and three months after the first chemotherapy, as well as their differences in this period are summarized in tables 1 to 3. Our results indicate that vitamin E supplementation had no discernible impact on preventing the peroneal and tibial nerve involvement. However, reduced amplitude of sural nerve action was significantly lower in patients taking vitamin E (group II) than in patients of group I who did not undergo vitamin E therapy (P = 0.007). The changes of variables as already discussed above through tibial, peroneal, and sural nerves are shown in Figures 1 to 3. Figure 1. Charts of Electrophysiological Changes Related to Peroneal Nerve in the Groups I and II Figure 2. Charts of Electrophysiological Changes Related to Tibial Nerve in the Groups I and II Figure 3. Charts of Electrophysiological Changes Related to Sural Nerve in the Groups I and II

Chemotherapy-induced polyneuropathy is one of the most serious problems facing patients undergoing cancer therapy, which causes treatment limitations in addition to the disabilities and other health problems in such cases (1, 2). One of the most important drugs used in breast cancer chemotherapy regimens, Taxol is considered as the most common cause of CIPN among the individuals with long-term therapy (4). So far, various agents have been examined as neuroprotectants in attempts to prevent the occurrence of CIPN, but almost none of them are approved in clinical use due to the lack of evidence on efficacy in this context. The current study evaluated the inhibitory effect of vitamin E on the progression of Taxol-induced neuropathy among patients with breast cancer.

Evidence showed that although vitamin E had no significant effect on amplitude, latency, and CV of tibial and peroneal nerves, the delta amplitude of sural nerve was significantly less following the regular use of vitamin E supplements. These findings suggest that vitamin E could decrease the risk of sensory nerve damage while effectless on motor neuron involvement. Argyriou and colleagues examined the role of vitamin E in prevention of Taxol-induced neuropathy in 32 patients with cancer and suggested that vitamin E could promote the rate of sural and ulnar nerve regeneration (9). In another study of vitamin E effectiveness on the reduction of cisplatin-induced neuropathy among a population of 30 individuals, it was found that vitamin E group was less likely to show impairment in the sensory nervous system (7). Pace et al. in a randomized clinical trial study have linked vitamin E intake from supplements to lower chances of developing neuropathy among 108 patients treated with cisplatin-based chemotherapy (10). However, while some recent studies have confirmed these findings, other research has not. In a randomized double-blind study conducted by Kottschade et al., the relationship between taking 800 mg of vitamin E daily and risk of neuropathy was investigated in 207 patients undergoing curative-intent chemotherapy, showing no significant improvement related to either taxanes or platinum compound-induced peripheral sensory neuropathy (11).

The production of reactive oxygen species (ROS) in response to anti-cancer agents is one of the main mechanisms of apoptosis induction in cancer cells. On the other hand, ROS can cause tissue damage including neurotoxicity, playing an important role in CIPN development via creating an acute state of oxidative stress (12). Vitamin E is an important fat-soluble antioxidant that may play a role in the prevention of CIPN progression. The findings of our study fully support this hypothesis, but another point receiving considerable attention is that Taxol leads more to sensory neuropathy than to motor or autonomic nerve dysfunction (13, 14). This suggests a high degree of inhibitory effect for vitamin E on CIPN, especially due to Taxol treatment in breast cancer. It seems simultaneous use of vitamin E and vitamin C could result in multiplier antioxidant activity since Vitamin E has a short-term antioxidant potential that can be recovered by vitamin C supplementation. Thus, the simultaneous use of vitamin E and vitamin C can be considered in the prevention of Taxol-induced neuropathy development in future studies.

The results of our study suggest that vitamin E has a protective role in the development of Taxol-induced neuropathy and improves the sensory nervous system function. Lack of long-term follow-up is the limitation of the study.

We wish to thank all our colleagues in Shafa Hospital, Ahvaz, Iran.