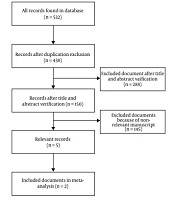 The study aimed to systematically review the clinical data on the efficacy of Cystone® as an herbal treatment for urolithiasis.

Full text randomized clinical trials comparing Cystone® with placebo or citrate in patients with urolithiasis for urinary stone prevention or treatment were evaluated. Three databases, including PubMed, Scopus, and Cochrane Library, were searched from January 2000 to December 2017. The main outcomes were the reductions in calculi number/size and urinary excretion rate of calcium, oxalate, and urate. The secondary outcome was the adverse effects of Cystone®. Documents were screened by two reviewers for eligibility. The Jadad score was used for quality assessment. The data were analyzed using the comprehensive meta-analysis version 2.2.064 software.

Of 532 relevant studies, five were finally included. Cystone® was effective in the decrement of stone size in comparison with placebo (95% CI: 0.63, 9.13). There was a significant difference in the excretion rate of uric acid but not calcium compared to the placebo. Cystone® had no significant side effects.

Cystone® is more effective than a placebo in the treatment of urinary tract stones. It significantly induces stone size decrement and clearance compared to placebo. The low quality of reports is a major limitation in the applicability of these results.

Patients with urolithiasis constitute a great percentage of referrals to urology clinics. The prevalence of urolithiasis has been increasing recently (1). Urolithiasis is more common in men than in women (13% versus 7% in Western countries) (2). There is heightened awareness of renal stone disease in children, as well (3). In Iran, the prevalence of urolithiasis is 5.7 %, with an incidence of 145/100,000 (4). Metabolic diseases, urinary tract infections, and insufficient hydration could lead to recurrent urolithiasis. Calcium-containing stones are one of the most common stones that occur in 80% of the cases (5). The type of stone is affected by gender, age, and geographic location (6). Since plants are claimed to be safe, non-toxic, low-cost, and effective for the treatment of diseases, they are widely used by people (7). Phytotherapy helps in urolithiasis with several mechanisms including Litholytic, anti-inflammatory, diuretic, antimicrobial, and antispasmodic mechanisms (8).

Cystone® is a polyherbal tablet traditionally practiced in India and approved for the treatment of urolithiasis. Each tablet consists of Didymocarpus pedicellata (130 mg), Saxifraga ligulata (98 mg), Rubia cordifolia (32 mg), Cyperus scariosus (32 mg), Achyranthes aspera (32 mg), Onosma bracteatum (32 mg), and Vernonia cinerea (32 mg) and powders of Shilajeet (26 mg) and Hajrul yahood bhasma (32 mg). It has been approved by the Food and Drug Administration (FDA) after extensive studies on each ingredient (9). Cystone® prevents the super-saturation of calcugenicsubstances and controls oxamide. It prevents urolithiasis formation via the reduction of stone formers (10). By acting on the mucin, Cystone® leads to the disintegration of stones and crystals. Also, Cystone® has antimicrobial, antispasmodic, and anti-inflammatory properties that are helpful in the prevention of urinary tract infections associated with urolithiasis. Cystone® is known as Uricare® in the USA. It is manufactured worldwide by Himalaya Health Care (10).

The efficacy of Cystone® in urolithiasis has been studied frequently (9-13), but the results are inconsistent. Therefore, the impact of Cystone® as a natural remedy to keep stone formation and growth of existing stones was reviewed systematically.

Published papers were searched for by two independent researchers in relevant databases including PubMed, Scopus, and Cochrane library up to December 30, 2017. Also, e-publications ahead of print were searched in PubMed. The quality of RCT studies was evaluated using the Jadad score (14).

The inclusion criteria were open-label or blinded-design Randomized Clinical Trials (RCTs), studying patients with nephrolithiasis. Full-text articles written in English, comparing Cystone®, with placebo or any active agent, aimed at dissolution or prevention (primary or secondary) of the formation of calculi in any part of the urinary tract were only included. The exclusion criteria were case-control studies, non-controlled studies, dose-finding studies, drug toxicity assessment, and animal or laboratory studies.

The primary outcomes were the decrease of stone number and size and the urinary excretion rate of calcium, urate, or oxalate. Any adverse effect of Cystone® was considered a secondary outcome.

The data were extracted and pooled with a meta-analysis approach. The results are expressed with 95% confidence intervals (95% CI). Heterogeneity was checked using the I2 statistics. Heterogeneity was considered significant if I2 was more than 50%. In a significant heterogeneity, data were analyzed using a random-effects model. P < 0.2 was considered as statistically significant. The data were analyzed using the comprehensive meta-analysis version 2.2.064 software.

The literature search retrieved 532 relevant articles. Some articles were removed because of duplication. Some articles were excluded because they were books, book sections, review papers, or animal studies. Some studies were excluded because they had not a control group. Finally, five articles were included in the present review (9-12, 15). All were randomized clinical trials (RCTs). Among them, three studies had no interest data for the present systematic review (10, 11, 15). Therefore, they only were evaluated for the adverse effects of treatment. The diagram of the study selection process is presented in Figure 1. Details of the included studies are presented in Table 1. 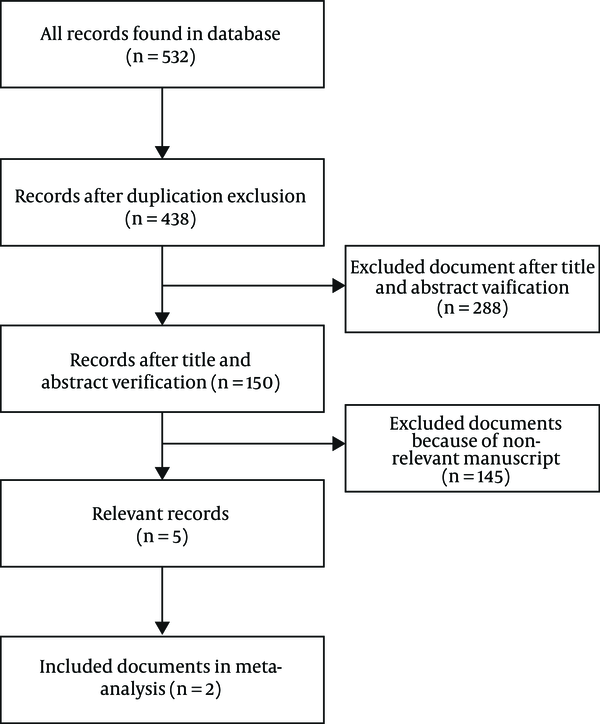 Table 1. Characteristics of Eligible Studies in the Systematic Review

The clinical data regarding the efficacy of Cystone® as an herbal remedy versus placebo in urolithiasis were systematically reviewed in the present study. Numerous studies have evaluated the efficacy of Cystone® clinically and experimentally, but only five studies met the inclusion criteria. Because of high heterogeneity (more than 90%), a random-effects model was used for the meta-analysis. Three studies had not eligible data for the meta-analysis. According to the meta-analysis, Cystone® had more efficacy for urolithiasis treatment than placebo. Cystone® made a significant difference in the decrease of stone size and expulsion rate compared to the placebo. Also, Cystone® almost had no adverse effect. The present study is the first systematical report evaluating the efficacy of Cystone® in urolithiasis treatment. However, most of the studies in phytotherapy had low quality. According to the search results, there were a few RCTs with standard protocols evaluating the efficacy of Cystone® versus placebo or any other active compound. We need more RCTs with stronger experimental designs, larger sample sizes with control groups, longer follow-ups, and more exact report of results.

According to the Shekar Kumaran and Patki study (12), there was no significant difference in the calcium rate between Cystone® and placebo. The effect of natural drugs, including Cystone® may be alter with the changes in risk factors. We propose that macromolecules in natural products could inhibit crystallization; they also contain digestive enzymes affecting the organic matrix of the stone.

Because of low costs and fewer adverse effects of phytotherapy in the treatment of urolithiasis, this approach is welcome for people. Herbal treatment is more welcome than synthetic drugs because patients suppose that natural products have low risks and side effects. Studies evaluating the effects of phytotherapy on urolithiasis are numerous but with low quality. A major problem in most studies was the lack of data about stone composition, which leads to problems in evaluating the effects of treatment. Also, ultrasound, as a more common imaging tool does not allow distinguishing between radiopaque and radiolucent calculus. Also, calcium calculus is solved slowly than uric acid calculus that is simply dissolved by alkalizing urine.

According to the literature, herbal products did not affect the main urinary risk factors. Therefore, patients should be aware of the low evidence of herbal treatment efficacy in urolithiasis. According to the present review, there is not enough evidence for a robust conclusion on the efficacy of Cystone® in urolithiasis treatment because of limited studies. Also, randomized clinical trials with strong designs are necessary to access strong evidence comparing the effect of Cystone® and other herbal treatments.

Cystone® has more efficiency in the treatment of urinary tract stones than has a placebo. It significantly induces stone size decrement and clearance compared to placebo. The low quality of reports is a major limitation in the applicability of these results.