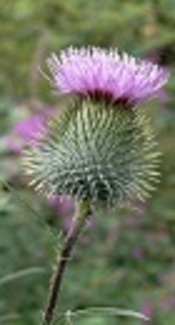 Candidiasis is a spectrum of opportunistic fungal diseases. The resistance of Candida to antibiotics is unfortunately increasing. Silybum marianum, which belongs to the Asteraceae family, is a wild plant growing in most parts of Iran.

The present study was conducted to investigate the effect of Silybum marianum extract, both individually and in combination with fluconazole, on the growth of drug-resistant clinical Candida isolates.

Candida species isolated from 85 patients suspected of Candidisis was identified and cultured on CHROMagar Candida and API 20CAUX system. The test of susceptibility to fluconazole was performed using broth microdilution. The minimum inhibitory concentration (MIC) of Silybum marianum extract and its antagonistic effects were determined using the microdilution assay.

The aqueous extract of Silybum marianum seeds found to present proper inhibitory effects on clinical fluconazole-resistant Candida isolates at high concentrations. Silybum marianum extract in combination with fluconazole was found to have a more potent in-vitro activity than the extract and drug individually.

The growing emergence of candidiasis and its epidemiological changes and drug resistance clearly justify the need for conducting studies on fungal infections. Among all the Candida species, C. albicans is considered the most frequent species that forms part of the natural flora of mucus and the skin. These yeasts are a major cause of mortality especially in immunocompromised patients (1).

An antifungal agent for treating candidiasis belongs to the group of azoles. Despite having a low toxicity, successful treatments with azoles such as fluconazole are rare due to the extensive resistance of different species of Candida (2). In recent years, the clinical isolates of fluconazole-resistant Candida have emerged in Iran. Using different antimicrobial compounds, including medicinal herbs, is therefore recommended for preventing or controlling this resistance. A long history of applying herbal medicine for treating diseases can be traced in Iran. Silybum marianum, commonly known as milk thistle, is an ancient medicinal plant that widely grows in Iran (3, 4) and has long been used to treat different diseases, including liver and gallbladder disorders. The active constituents of Silybum marianum are obtained from its dried seeds containing approximately 70% - 80% silymarin (5, 6), which is a mixture of flavonolignan isomers, including silybin, isosilybin, dehydrosilybin, silychristin, silydianin and a few flavonoids mainly taxifolin (7). Silymarin presents a wide range of biological and pharmacological activities, including anti-oxidative and anti-inflammatory metastatic effects (8).

The present study was conducted to determine the effect of Silybum marianum, individually and in combination with fluconazole, on clinical Candida species isolated from patients in- vitro using a community approach to traditional medicine and treatment with natural substances.

The present cross-sectional study was conducted on 85 clinical samples randomly collected from the skin and mucosa of patients, aged 15 - 60 years, suspected of candidiasis and presenting to four hospitals in Iran’s northern city of Gorgan. A total of 55% of the study population were female.

The drug susceptibility test was performed using the broth microdilution test according to the CLSI-M27-A3 guideline (9). After preparing the fluconazole solution (Gibco, Germany) in water and diluting it at a range of 1024 - 2 µg/mL, dilutions were poured into the 96-well ELISA microplates containing RPMI-1640 (with glutamines, without bicarbonate and with a PH indicator) and MOPS buffer (Sigma, USA). Yeast suspensions (1 × 103 cfu/mL) were then inoculated in microplate wells and incubated for 48 hours at 35°C. The ELISA Reader was used to conﬁrm the results when reporting MIC. To determine the minimum fungicidal concentration (MFC), 100 µL of the wells’ content with a concentration higher than the MIC together with 100 µL of the positive control were separately inoculated on SDA and incubated for 48 hours at 35°C.

To obtain the plant extract, Silybum marianum was collected from Gorgan’s plains. After extracting the seeds from the Silybum marianum flower, they were was mixed and soaked in 70% ethanol at a ratio of 1:10 (each 100 cc of the extract was soaked in 1000 cc of ethanol), and placed in a shaker. After 24 hours, the mixture was filtered and placed in a rotary container to evaporate the solvent (ethanol). The aqueous extract was obtained through maceration, and the filtrate solution was therefore heated for 15 minutes up to boiling. The mixture was then stored in a container at room temperature to be cooled. Afterwards, the mixture was passed through Whatman grade 1 filter paper. The solution was placed in a closed glass at 4°C during usage.

Broth microdilution was performed with concentrations of 4096 - 8 µL/mL to investigate the anti-candidiasis effects of Silybum marianum extract. A microbial suspension with a concentration of 103 cfu/mL was therefore prepared ﬁrst and the plant stock was made by dissolving Silybum marianum extract in dimethyl sulfoxide (DMSO). Afterwards, 100 µL of the stock was inoculated in the microplate wells containing 100 µL of RPMI medium, and was serially diluted. One hundred µL of the yeast suspension was also added to each well. The minimum concentration inhibiting fungal growth up to 90% compared to positive controls is considered MIC90. The negative control well contained the stock with RPMI, and the positive control well contained RPMI with yeast suspensions. MFC was ultimately determined.

3.5. Susceptibility Test of Fluconazole in Combination with Silybum marianum Extract

To make the stock solution and reach a concentration of 1024 µg/mL, 1 mg of fluconazole powder was dissolved in water and 1 mL of Silybum marianum extract in DMSo. To prepare serial dilutions, 25 μL of the drug and 25 μL of the extract were added to the first well of the 96-well microplate containing 50 μL of RPMI medium. After adding 50 μL of yeast suspensions at a concentration of 103 cfu/mL and performing a 48-h incubation at 35°C, MIC and MFC were evaluated and interpreted.

Direct microscopic tests revealed 73 cases of yeast cells in 85 study patients, 90.4% of which were identified as Candida species through phenotypic tests. Most of the isolated species of Candida strains were C. albicans (72.7%) (Table 1). The present study found the highest resistance to fluconazole to be associated with C. glabrata (81.8%) and C. albicans (72.9%) (Table 2).

The mean MIC of fluconazole against C. albicans and C. glabrata was also determined at 210 µg/ mL, and most growth fluctuations were observed at concentrations of 128 and 64.

The changes in the MIC of Silybum marianum against C. albicans and C. glabrata indicated significant differences between the growth and non-growth of fluconazole-resistant Candida (Table 3). The MFC value of Silybum marianum extract determined at a concentration of 4096 μL/mL for 86% of fluconazole-resistant Candida isolates suggested fungicidal properties in this extract at high concentrations.

Table 3. Comparison of Growth and No-Growth of Fluconazole-Resistant Candida albicans and Candida glabrata in Concentration of 2048 μL/mL of Silybum marianum Extracta

Table 4. Comparison of Growth or No-growth of Candida albicans and Candida glabrata Strains in the Presence of the Combination of Silybum marianum Extract and Fluconazolea

The MFC of Silybum marianum extract in combination with fluconazole against fluconazole-resistant C. glabrata was found to be four times lower and against C. albicans isolates to be 16 times lower than the MFC of the single extract.

Research suggests a significant increase in the prevalence of opportunistic infections caused by Candida species. Although C. albicans is the predominant yeast, Candidiasis has been reported to be caused by other Candida species, including C. glabrata, C. krusei, C. tropicalis, C. paraposilosis, C. guilliermondii, C. famata and C. lusitaniae (10, 11). Prolonged or frequent exposure to antifungal drugs can be associated with the risk of antifungal resistance among Candida strains (12).

A review of literature shows that the MIC of fluconazole on Candida species such as C. albicans, C. glabrata, C. tropicalis and C. parapsylosis are 0.06 - 128, 0.03 - 8 and 0.06 - 16 μg/mL (17), which are comparable with the present findings. The present study found C. parapsylosis to show the lowest resistance (0%) to fluconazole at a concentration of 16 μg/mL, as 99% of them were eliminated. Fluconazole has been shown to exert its maximum antifungal effect on C. parapsylosis, and its MIC to be about 0.5 - 16 μg/mL. Moreover, a study conducted in China reported reductions in azole susceptibility among C. tropicalis isolates (18).

Scientists therefore seek modern therapeutic approaches and alternative compounds with antimicrobial properties. Given the diversity of plant species in Iran and the stress placed by the country’s top-level authorities on food and medicine, including the vice president, herbal compounds have been particularly emphasized in Iran in recent years.

Anti-Candida activities caused by high levels of thymol and carvacrol have been associated to marjoram essential oil (20). Karaman et al. observed the inhibitory effect of the essential oil obtained from the aerial parts of Thyme on the growth of C. albicans, C. tropicalis and Saccharomyces cerevisiae (21). The antifungal effect of Silybum marianum on Dermatophytes has been reported to be higher compared to other plants such as Allium, Juglans regia, Sativum, Piper betle, Azadirachta (22, 23). The present study therefore sought to inspect the antifungal effect of this plant on fluconazole-resistant Candida species. In certain types of fungi, the combination of two drugs may weaken the effects of individual drugs (24). Researchers have therefore focused on the effects of antibiotics combined with other antimicrobial compounds.

The present study found silybin or silidianin to be a potential inhibitor of Candida species. The observed antifungal effects can therefore be associated with one of the compounds cited.

The results of the present study showed that a combination of fluconazole and aqueous extracts of Silybum marianum exerts greater antifungal effects on the resistant strains of C. albicans and C. glabrata compared to fluconazole or the plant extract individually.

The authors would like to express their gratitude to all the colleagues who helped conduct the present research and the staff of the Microbiology Lab in the Islamic Azad University, Gorgan Branch, Iran.

Copyright © 2018, Journal of Kermanshah University of Medical Sciences. This is an open-access article distributed under the terms of the Creative Commons Attribution-NonCommercial 4.0 International License (http://creativecommons.org/licenses/by-nc/4.0/) which permits copy and redistribute the material just in noncommercial usages, provided the original work is properly cited.
download pdf 151.31 KB Abstract XML Get Permission (article level) Import into EndNote Import into BibTex
Number of Comments: 0