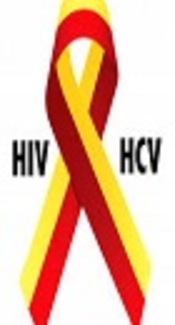 Hepatitis C is a dangerous viral infection, which is the important cause of chronic liver diseases such as fibrosis, cirrhosis, and hepatocellular carcinoma. The hepatitis C virus (HCV) has six major genotype of HCV identified for which are different in prevalence, carcinogenicity, persistency, and response to the treatment. Identification of HCV genotype and viral load are main factors for planning of the treat and prediction of response. There has not been any study regarding the viral load and genotype distribution of HCV in our area and this study was done to evaluate risk factors, viral load, and genotype of HCV among prisoners in East Iran.

In a cross-sectional study, 2,995 prisoners across the South Khorasan province were screened for the anti-HCV antibody by ELISA method. A total of 38 prisoners with positive results were selected for further evaluation. Demographic data as well as predisposing factors were obtained from the records. A total of 5 ml of venous blood was taken and after RNA extraction, viral load genotype and HCV were identified by using the commercial Real Time PCR and PCR method, respectively.

The hepatits C virus is (HCV) has infected about 300 million people around the world and is the main reason of chronic liver diseases such as fibrosis, cirrhosis, and hepatocellular carcinoma (1, 2).

The hepatitis C infection is usually asymptomatic and eventually leads to cirrhosis and liver cancer in 20 - 30 years (3).

HCV is an RNA virus with a numerous rate of intrinsic mutation direction to significant heterogeneity in the genome. HCV has six major genotypes and over 70 subtypes (a, b, c, d ...). The prevalence of different genotypes is affected by several factors, such as the pattern of infection, geographic variables, migration, population, and so on (3, 4).

Although genotype 1, 2, and 3 account for over 90% of infections in Europe, the South and North America, as well as Japan, the distribution and prevalence of these species depend on the geographic location and method of transmission. Genotypes 1a and 3a are prevalent in intravenous drugs abusers, while genotype 1b is commonly associated with blood transfusion (7-9).

Patients with genotype 1 respond poorly to treatment and have higher risk of hepatocellular carcinoma while patients infected with genotypes 2 and 3 have a quite better response to the treatment (10).

Several studies from different parts of Iran have shown that about 1% of Iranians are infected with HCV and genotypes 1a and 3a are the most common genotypes (11-13); however, to the best of our knowledge there is no data regarding the viral load and genotype distribution among prisoners while they have usually risky behaviors and have a higher rate of HCV infections as we have reported in our previous study (14).

The purpose of this study was to appraise the risk factors, viral load, and genotype distribution of HCV among prisoners in South Khorasan.

The aim of this study was to appraise the risk factors, viral load, and genotype distribution of HCV among prisoners in South Khorasan.

In a cross-sectional study on prisoners of the South Khorasan province, 2,995 prisoners voluntarily participated in the study. The study was approved by the ethics committee of the Birjand University of Medical Sciences with research project number ir.bums.REC.1394.418.

All participants provided written informed consent before enrolling in the study. A total of 5 mL of venous blood sample was taken from all participants and after serum separation; all sera were screened for the anti-HCV antibody by using the commercial ELISA Kit (Diapro diagnostic, Italy). HCV positive sera were rechecked by Cobas elecsys analyzer and for those with confirmed positive result, the level of AST/ALT was measured by automated biochemistry analyzer. RNA was extracted from sera by the Qiagen viral RNA kit (Qiagen, Germany) in a maximum 8 hours and quantity and quality of extracted RNA were measured by the Nanodrop machine (Thermofisher, USA). A total of 5 microlitter of RNA was used for cDNA synthesis by commercial kit (Thermofisher, USA. viral load HCV detected by real time PCR kit (Primerdesign, UK) using ABI step one machine and all samples were checked in duplicate. HCV genotyping was performed by HCV genotyping kit (Saccase, Italy), which identifies 4 different genotypes including 1a, 1b, 2 and 3a.

In case of viral load, several studies have reported cut-off values as a predictor of good virologic response. For example Berg et al. (16) considered the level of 130,000 IU/mL as a cut-off for sustained virologic response or two other studies defined 800,000 IU/mL and 400,000 IU/mL (17, 18) for discriminating high and low pre-treatment viral load. Most of our cases had a viral load less than 130,000 IU/mL, which is a good sign. On the other hand several cases with Anti-HCV had no detectable viral load, which may be explained by spontaneous viral clearance phenomena, which happened in 10% - 50% of HCV infections (19-21).

Genotpe 3a was the predominant genotype in our survey. Similarly, in a study that was conducted in a close province in the North-East of Iran (Mashhad), genotypes 3a and 1a were reported as the most prevalent genotypes, respectively (22). Genotype 3a is also predominant in India and Pakistan, two close countries located near the east of Iran, with a high prevalence of HCV infection (4, 23, 24).

Many other studies mostly on general populations reported genotypes 1a and then 3a as the predominant genotypes. For instance, several reports from different parts of Iran including South (Bushehr), South-West (Ahvaz), West (East Azerbaijan), South-East (Zahedan), Center (Yazd), and North showed the predominance of genotype 1a and then 3a (4, 11-13, 25, 26).

Genotype 1b was a predominant genotype in Turkey in two studies (27, 28) and also in 98 different countries, according to an article published in 2014 (29).

The difference in study population can explain the lower rate on genotype 1a as the situation in prisoner is different and many of them several risk factors especially history of drug injection.

Parallel to our result, in Tyczyno’s study on Poland's prisoners, genotype 3a was the most common genotype (30).

There is also the possibility of transfecting the virus during the imprisonment, which can explain a high rate of infection with genotype 3a; Samimi et al. showed such correlation (31).

In the current study, no association was found between genotype and sex (25, 27). There was a significant correlation between HCV and injection drugs use. Several studies have shown that HCV infection’s rate is higher in injecting drug users than ordinary people. Similar to other developing countries, injection drug use has turned into the main route of new hepatitis C infection in Iran. Recent studies on the Iranian injecting drug users (IDUs) report the prevalence a high of HCV infection, ranging from 50% to 75% depending on the area of the study, and also a significant increase in HCV infection over the last decade (14). Reports from different regions in Iran show that 31.5% to 88.9%, of IDUs have HCV antibody (32). Needle sharing among drug users, particularly in prisons, who usually have limited access to syringes, is the major reason.

Other epidemiologic molecular studies have demonstrated a significant correlation between genotype 3a transmission and injecting drug use. The distribution of the subtypes has been fully explained in North and South America as well as European countries. The predominant HCV subtype among IDUs in Europe is 3a, whereas 1b is common in patients who have acquired the virus through blood transfusion (34, 36-38).

In Asian countries, genotype 3a was separated mostly from injecting drug users (39). In Iran, subtype 1a is the maximum prevalent in transfusion-related risk groups, such as hemodialysis, thalassemia, and hemophilia patients (34, 36). Unfortunately, studies that evaluate genotypes in Iranian prisoners are very few. In addition, the data available on the molecular epidemiology of HCV among Iranian IDUs is scarce (40).

There is typically an association between the genotype and HCV transmission route. Based on some previous reports from Iran, genotype 1a is predominant in groups receiving blood transfusion (31, 32). Most studies show that variants of genotype 3a is epidemic in drug injecting users (35), which is confirmed in our study. In the present study, no significant relationship was found between injection drug use and genotype, due to the small sample size.

In 9% of patients, no risk factor was found for disease transmission that can support secondary and unexpected ways neglected by patients, such as piercing ears or using common tools like nail clippers and tweezers.

In 16.6% of cases, the genotype was not identified possibly due to unusual genotypes, as our kit just detects four common genotypes while there are 6 major genotypes.

Since the main method of HCV transmission is intravenous drugs and the prison environment is very suitable for development of an epidemic, disease prevention strategies should be scheduled with a greater emphasis on this particular group of patients.

Additional studies in this area could help in predicting genotype frequency and distribution in the Iranian prisoners.

We would like to thank all prisoners and personnel in South Khorasan that helped us in conducting this study.

Copyright © 2018, Modern Care Journal. This is an open-access article distributed under the terms of the Creative Commons Attribution-NonCommercial 4.0 International License (http://creativecommons.org/licenses/by-nc/4.0/) which permits copy and redistribute the material just in noncommercial usages, provided the original work is properly cited
download pdf 114.95 KB Get Permission (article level) Import into EndNote Import into BibTex
Number of Comments: 0