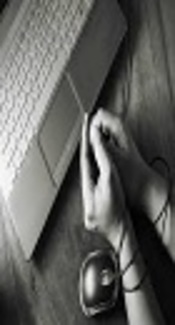 Relation between Internet Addiction and Educational Burnout among Students in Faculty of Health Management and Medical Informatics of Tabriz University of Medical Sciences: A Cross - Sectional Study

This is a cross - sectional study in which all of the students of the Faculty of Management and Medical Information Sciences of Tabriz University of Medical Sciences, in 2015, were included. The data were collected using Young’s Internet Addiction questionnaire and Maslach Educational Burnout questionnaire. The independent t - test, ANOVA, and linear regression were used to analyze data by using SPSS - v19 (P < 0.05).

Given the positive relationship between Internet addiction and educational burnout among students, it’s necessary for authorities to declare the risk of overuse of Internet for students and encourage them to optimize the use of this technology to prevent outcomes such as educational burnout.

Technology and Internet are two major factors that changed the life of people all over the world. Today most jobs are somehow related to the Internet and they use it as whole or a major part of their perquisites. Access to the Internet is an ever - growing phenomenon and every day more people join the Internet. Therefore, learning how to use the Internet is necessary for everyone, especially students who want to learn international contents and experiences, databases, and search engines (1).

According to estimates in 2001, about one and a half billion people used the Internet (2) Statistics provided by the National Internet Development Management in Iran shows 53.29% of Internet development (3). This ratio was reported as 32% in 2011 (3), which shows a great improvement. The results of research conducted in the United States show that the use of the Internet among young people is higher than any other age group (4). Several countries in Asia, especially China, South Korea, and Taiwan have the highest prevalence of Internet addiction among young people (5).

There are several reasons that have caused the consideration of academic burnout as one of the key areas of research, including the impact of the burnout on academic performance, students’ commitment to education at the school, interest in education, and participation in science after graduation (12).

The results of research by Ghahremani et al., showed that there is no significant relationship between demographic variables such as marital status, place of birth, research activity, and having personal e - mail with Internet addiction (13). In the research of Young, 58% of students showed a significant decrease in reading habits, decrease in academic scores, and absence from class. A total of 43% of the good students faced with academic failure due to late sleep because of the use of the Internet (14).

The use of the Internet in universities and educational environments have led universities and research institutes to take action in construction of information infrastructure and create inter - organizational networks and global network connectivity in Iran (15).Students are considered as employees due to the engagement of assignments and they are prone to exhaustion (16). Improper use of Internet and students’ aimless searches, not only makes them get away from the main mission of Internet in the university, however, due to an addiction to the Internet and spending more time on it can have negative impacts on the academic performance of students.

This is a cross - sectional study. The statistic population consisted of all students who were studying in the faculty of Health Management and Medical Informatics Management of Tabriz University of Medical Sciences.

All of the students studying in the faculty of Health Management and Medical Informatics Management of Tabriz University of Medical Sciences were selected in a census.

Two separate questionnaires were administered, the first was Young’s Internet Addiction (14), which consisted of 20 questions based on Likert 5 - point scale where respondents had to respond to each of the questions based on the relative score and its interpretation of the numbers from 1 to 5 (never = 1, rarely = 2, sometimes = 3, often = 4, and always = 5), as a measure of compatibility with their own state. The studied students were divided based on the scores into three levels (20 to 47 = no addiction, mild addiction = 47 to 74, severe addiction = 74).

The other questionnaire was Maslach Academic Burnout (17). This questionnaire has 15 questions based on Likert 7 - point scale in which respondents had to respond to each questions based on the relative score and its interpretation with numbers 1 through 7 (never = 1, very rarely = 2 , relatively low = 3, sometimes = 4 , relatively high = 5, most of the time = 6, always = 7) as a measure of compatibility with their own state. Validity of the questionnaires has been demonstrated in previous studies (18-20).

To verify the reliability of the questionnaires, Cronbach’s alpha was used (0.78 for Internet addiction questionnaire and 0.81 for academic burnout questionnaire).

The study was approved by Tabriz University of Medical Sciences. All participants voluntarily filled the questionnaires and their informed consents acquired by authors. They were assured that their information will remain anonymous and their responses will be used for this specific research. Permission of authorities of faculty of management and health informatics were obtained and results of this study were provided for them. All ethical considerations in analyzing data and publishing were considered.

Data was entered into SPSS - v19 software and analyzed using descriptive statistics (charts, tables, etc.). In addition, after testing the normality of data using Kolmogorov - Smirnov test, linear regression, independent t - test and ANOVA were used to investigate the relationship between variables of this study (α < 0.05).

As Table 1 shows, the total score of the Internet addiction is very low, 25.35 ± 16.44, which is not indicating an addiction to the Internet among students. The score of academic burnout is 41.83 ± 14.22, which is near to a mild educational burnout.

Results of Table 3 show that there is a significant difference between Internet addiction and burnout (α ≥ 0.05).

Internet use in universities and educational environment has led universities and research institutes to be a pioneer in establishing the information and networking infrastructures as well as connection to a global network in Iran (21). Universities of Medical Sciences spend billions of dollars on medical full - text articles and other series, despite the fact that their use has been very low in science centers and among students as well as professors; thus, the average cost for each full - text articles is estimated between 1 and 30 dollars (15). Few Americans in 2002 used the Internet, however, now two - thirds of Americans use the Internet continuously for checking email, messaging, online games, buy goods, store information, and participation in online betting (22). As results show, the average score of Internet addiction is 35.25, which is placed in the second quarter and represents a relatively low dependency of the Management and Medical Information students the Internet. The results from research by Pirzadeh at Isfahan University of Medical Sciences showed that 80.5% of the students are healthy in terms of Internet addiction and 19.5% have a mild addiction; this was consistent with our study (23). However, in a study on students at Isfahan Payame - Noor University, this rate was 8.3, which is not consistent with our study (24). Findings showed the total score of a burnout is in the second quarter, which is close to the expected average -50-. Emotional exhaustion with 41.54 had the lowest score. Kuittinen in a study on the impact of “burnout on the perception of students” on 3031 students reported the average academic burnout in students to be 46%, which is consistent with our study (25).

Dyrbye and colleagues, in a study on 1098 medical students, found that 45% of students are experiencing a burnout, which was consistent with our study (26).

According to the results of this study it can be concluded that this study indicated a low level of Internet addiction among students of faculty of Management Medical Information; this amount was higher in male students and students living in dormitories. This research indicates the average level of academic burnout. The study also showed that there is a significant relationship between Internet addiction and academic burnout. According to the findings, the students’ Internet addiction causes academic burnout. Academic burnout prevents students from continuing their education, which in severe cases leads to failure and other social consequences. Therefore, it is necessary that the authorities provide guidelines for identifying possible risks of increase in Internet use among young people and students and encourage the efficient use of this technology to prevent risks including academic burnout. It can recommend diversity in the curriculum so that students are encouraged to work together and study skills - oriented education in order to develop their creativity and avoid excessive use of the Internet, optimum use of the Internet in doing homework and training, and pointing out the dangers of overuse of the Internet.

Despite efforts of the researchers, this study faced limitations such as lack of cooperation of some students. Another limitation was the fact that only students of one faculty was investigated so the generalizability of results of this study decreases.

On the other hand, since this study was done for first time with the goal of investigation of relation between Internet addiction and educational burnout, the results can be useful for policy makers and planners of educational systems in medical universities.

This research was done according to the proposal approved by the Research Committee of Tabriz University of Medical Sciences - code of ethics committee: IR.tbzmed.rec.1393.227. Researchers would like to appreciate the Student Research Committee authorities and Vice Chancellor for Research and Technology at Tabriz University of Medical Sciences, as well as the authorities of the faculty of Management and Health Information and the students participating in the study.

Copyright © 2018, Modern Care Journal. This is an open-access article distributed under the terms of the Creative Commons Attribution-NonCommercial 4.0 International License (http://creativecommons.org/licenses/by-nc/4.0/) which permits copy and redistribute the material just in noncommercial usages, provided the original work is properly cited.
download pdf 133.41 KB Get Permission (article level) Import into EndNote Import into BibTex
Number of Comments: 0