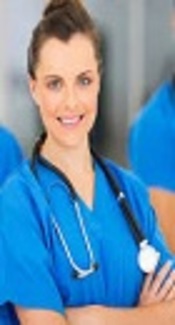 A nurses’ job satisfaction is a significant factor behind their motivation for quality care delivery. The aim of this study was to examine the relationship of communication skills with job satisfaction among hospital nursing staff.

In this descriptive-correlation study, 162 nursing staff were recruited through stratified random sampling from teaching hospitals in Birjand, Iran. They were asked to complete a demographic questionnaire, job descriptive index, and burton’s communication skills questionnaire. The SPSS program (v. 18.0) was employed to analyze the data via the analysis of variance, the independent-sample t, the Tukey’s tests, Pearson correlation analysis, and the stepwise multiple linear regression analysis. The level of significance was set at less than 0.05.

Job satisfaction (JS) is a significant factor behind nurses’ motivation for quality care delivery (1). JS is defined as “pleasurable or positive emotional state resulting from the appraisal of one’s job or job experiences” (1, 2). JS can affect nurses’ professional performance, care delivery (3), professional competence and productivity, turnover, and intention to leave the profession (1, 3, 4).

JS can also be affected by the ability to establish effective communications with colleagues (6). Such ability is considered as a prerequisite to quality care delivery (7). This ability deals with both professional and interprofessional communications. In other words, nurses need to establish effective communications not only with patients and their family members, but also with their colleagues and other healthcare providers (8, 9). The necessary skills for such ability are called communication skills (CSs) and include verbal and non-verbal skills such as respectful active listening (7).

The results of previous studies respecting the relationship of JS and CSs are not consistent. Some studies reported significant positive correlation between them (4, 6, 10), while a study found that nurses with moderate JS had better CSs than nurses with high JS (10). Moreover, nurses in another study reported that communication and interaction had limited importance to their JS (11). Besides, there are contradictory results respecting the relationship of the different aspects of CSs with JS. For instance, a study reported that JS had a significant positive relationship with only the underlying communication skill dimension of communication skills (12), while another study reported that JS had significant relationships with different dimensions of CSs including verbal, non-verbal, and listening skills (13). These contradictory results highlight the necessity of further studies into the CSs-JS relationship. This study was conducted to narrow this gap. The aim of the study was to examine the relationship of CSs with JS among hospital nursing staff.

For data collection, participants were asked to complete a demographic questionnaire, Job Descriptive Index, and Burton’s CSs Questionnaire during their work shifts. Job Descriptive Index is a 39-item index, which measures JS in five domains, namely work (10 items), supervision (eight items), coworkers (10 items), opportunity for promotion (five items), and pay (six items). Items were scored using a five-point Likert-type scale from 1 (“completely disagree”) to 5 (“completely agree”), resulting in a total score of 39 - 195. The total score of each domain was calculated through summing the score of its items and dividing the sum score by the number of the items. Accordingly, domain scores ranged from 1 to 5. Scores less than 2.5, 2.5 - 3.75, and more than 3.75 were respectively interpreted as low, moderate, and high JS. With a Cronbach’s alpha of 0.96, the index was reported to be a reliable instrument (4). The third questionnaire of the study was the 18-item CSs Questionnaire. This questionnaire contained three domains, namely verbal, feedback, and listening CSs, each with six items. Scoring was performed using a 1 - 5 Likert-type scale from 1 (“completely disagree”) to 5 (“completely agree”). The total score of the CSs Questionnaire was 18 - 90 and was interpreted as the following: scores less than 45: poor CSs; scores 45 - 67.5: moderate CSs; and scores more than 67.5: good CSs

Study data were analyzed using SPSS program (v. 18.0).The measures of descriptive statistics such as absolute and relative frequencies, mean, and standard deviation were used for reporting the data. All variables had normal distribution and hence, were analyzed using the analysis of variance, the independent-sample t, the Tukey’s tests, Pearson correlation analysis, and stepwise multiple linear regression analysis. The level of significance was set at less than 0.05.

The ethics committee of Birjand University of Medical Sciences, Birjand, Iran, approved this study (approval code: IR.BUMS.REC.1394.432). The aim of the study was explained to participants and their informed consents were secured.

In total, 162 nursing staff participated in this study. The participants’ demographic characteristics are presented in Table 1.

aThe results of the independent-sample t test or the one-way analysis of variance.

This study aimed to examine the relationship of CSs with JS among hospital nursing staff. Findings showed that CSs had a significant relationship with JS. Several previous studies reported the same finding (1, 4, 9, 14). Another study also reported the ability to establish effective professional communications as the most important factor behind JS (15). Communication skills can improve JS through strengthening work motivation, improving empathy, facilitating work processes, and promoting interdisciplinary collaboration (5, 12, 16). Contrary to our finding, a study found no relationship between CSs and JS (15). This contradiction is attributable to the differences in the settings and the sociocultural contexts of the studies.

Most nursing staff in the present study (78%) had moderate CSs. The highest and lowest domain scores were related to the verbal and the listening domains, respectively. These are in line with the findings of some previous studies (4, 17, 18). Listening CS is among the most important domains of CSs. Studies show that around 45% of communication-related time is spent on listening and hence, any shortage in this domain can considerably affect care quality and delivery (17, 19). The low score of the listening CS in the present study can be due to low nurse-patient ratio, nurses’ heavy workload, and their limited time for active listening to patients.

An important finding of the present study was the significantly better CSs of male participants compared with their female counterparts. An earlier study also reported better verbal and listening CSs among men (17). However, several studies reported that female healthcare providers had better CSs than their male colleagues (10, 19, 20). These contradictory results may be due to some cultural considerations in different sociocultural contexts.

The other finding of the present study was that the verbal and feedback domains of CSs explained 11% of the total variance of JS. However, a study reported that verbal, non-verbal, and feedback CSs accounted for 53% of the total variance of JS (13). This contradiction may be due to the differences in the attributes of the studies. Yet, these findings highlight the importance of developing nursing staff’s CSs for improving their JS.

This study concludes that CSs can exert significant effects on JS among the hospital nursing staff. Therefore, nursing managers and policy makers need to employ different interventions and strategies, such as in-service training programs for improving the nursing staff’s CSs. Moreover, they can employ strategies to facilitate interprofessional communications.