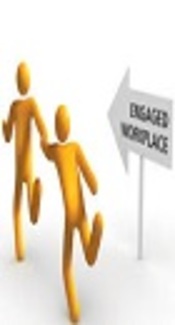 One of the significant concepts considered by organizations is job engagement, which has been able to cover variables, namely, job engagement, motivation, and commitment. The present study aimed at investigating the effect of Luthans's psychological program on job engagement among nursing staff.

In the present semi-experimental study, 64 nursing staff working at 22nd of Bahman Hospital in Khaf, during year 2017, with the inclusion criteria, were selected through convenience sampling and randomly assigned to the experimental group (N = 32) and the control group (N = 32). The training program of Luthans’s Psychological Capital was presented in ten 2-hour sessions (two sessions a week) for the experimental group and the control group did not receive any intervention. The instruments for data collection included a demographic form and work engagement scale, developed by Schaufeli and Salanova (2001). Data were analyzed using SPSS-22 software, independent t-test, pairwise t-test, Mann-Whitney U, Chi-square, Fisher exact test, and two-way analysis of variance (ANOVA).

Based on the results of the present study, it is recommended to lay the groundwork for promoting job engagement and thus increase nurses’ job engagement, using the psychological capital training program for nurses.

A significant element in the health care system is the role of nurses, who are one of the largest providers of health care in public and private sectors, and their interaction with patients is more than other caregiving staff. Due to their significant role in recovering the patients, their failure will end in irreversible consequences. In order to achieve health sector goals, effective and motivated nursing staff are needed (1). One of the most significant motivating factors in nurses is enhancing their job engagement (2). Job engagement has become one of the significant concepts in management and has generally replaced traditional concepts, such as job engagement, motivation, and commitment (3).

Job engagement, referred to as a positive organizational behavior, is a psychological state and is the opposite of job burnout, and refers to the penetrating, sustained, and positive mental state associated with work, characterized by three components of the sense of vigor, dedication, and absorption (4). The first component, i.e. vigor, refers to having high levels of mental flexibility and full energy, associated with the tendency to attempt and persist in fulfilling the tasks. The second component, namely, job engagement, refers to dedication to engagement and full involvement with one’s job, such that the person feels they play a crucial role in the organization and is full of feelings, such as passion, pride, and honor. As the third component of job engagement, absorption is a description of the individual’s complete focus on their job, in which the person is so delightedly absorbed to his occupation that he fails to realize the passage of time (4).

Employees are integrated in their work and will have a strong incentive, when they have a high job engagement. Such employees have great passion for their work, express mobility and creativity, and feel that their participation contributes to the progress of the organization (5). Despite the immense significance of job engagement in nurses, Perinin, in his study on 16 countries during years 2003 to 2007 indicated that 24% of the staff around the world, lack job engagement, 62% have moderate job engagement, and 14% have high job engagement (6). In the study of Vagharseyyedin and Salmani Mud , the results also indicated that job engagement of nurses, working at six hospitals in South Khorasan province, was moderate (64.09 out of 102) (7).

In academic approaches, emphasis is placed on factors affecting job engagement, and researchers are interested in determining the role of individual and organizational factors affecting job engagement, namely, psychological capital. Psychological capital is considered as a positive construct that can be used to effectively manage emotional, motivational, attitudinal, cognitive, and behavioral dimensions at the workplace (8), and has four components of self-efficacy (having self-confidence for necessary commitment and endeavor for success in challenging tasks), hope (sustainability towards the goal and, if necessary, changing the path towards the goal for achieving success), optimism (having a positive citation on present and future successes), and resiliency (sustainability when faced with problems and hardships for achieving success) (9).

This model led to occupational promotion in a number of organizations (13) and state universities (16), however, no study was found evaluating the effect of this model on nurses. This is while nurses suffer intense stress and job burnout due to problems, such as work pressure, long work shifts, wanted and unwanted overtime work, issues with nursing care, and communication with ill patients (17). Investigating the effect of this program on nurses’ job engagement seems to be necessary and this study was conducted to determine the effectiveness of the implementation of the Luthans psychological program on job engagement of nurses in the Khaf county.

In the present semi-experimental study, 64 nursing staff working at 22nd of Bahman Hospital in Khaf, during year 2017, with the inclusion criteria, were selected through convenience sampling and randomly assigned to experimental (N = 32) and control groups (N = 32).

The sample size in each group was obtained as 20 based on the following Equation:

According to Sihag and Sarikwal (18), the effect of psychological capital on job engagement obtained an r of 0.66, significance level of 0.05, and test power of 90% (in this study 32 patients were considered in each group).

The inclusion criteria consisted of having at least one year of work experience, being employed at nursing clinical units, holding a bachelor’s or higher degree, having no mental illness, no experience of severe stressful incident in the last six months (the death of a close relative or divorce), no history of receiving a training program in the field of psychological capital, or any program promoting job engagement and its components, and willingness to collaborate in the study, and the exclusion criteria were absence of more than two sessions.

After obtaining a letter of introduction from Birjand University of Medical Sciences and coordinating with the 22nd of Bahman Hospital in Khaf, the researchers referred to a hospital and after explaining the goals of the study and obtaining informed consents, the demographic questionnaire and job engagement questionnaire were completed by nurses in both groups. Then, for the experimental group, the Luthans’s Psychological Capital training program was conducted in ten 2-hour sessions (two sessions a week), divided to four dimensions of self-efficacy, hope, optimism, and resiliency, with the sessions including slides, pictures, and videos, conducted by a psychologist and researcher (Table 1). However, the control group did not receive any intervention. The job engagement questionnaire was completed again by nurses in both groups two months after the completion of the training sessions. In order to observe the ethics, the training content was provided to the control group after the completion of the research.

The data collection instrument was a demographic data form (gender, age, marital status, and work experience), and the Work Engagement Scale was developed by Schaufeli and Salanova (2001). The Work Engagement Scale was designed by Schaufeli and Salanova (2001) and contains 17 questions and three dimensions of vigor (six items), dedication (five items), and absorption (six items). Scoring this questionnaire was based on a 5-point Likert scale from strongly disagree (Score one) to strongly agree (score five). The score of each dimension and the general score of the questionnaire was obtained from the total scores for each of its items and the entire items of the questionnaire. The minimum and maximum score in this questionnaire were 17 and 85, respectively, with a higher score indicating greater engagement. In the study of Molaey et al. (19) in general and in dimensions of vigor, dedication, and absorption, scores of 0.88, 0.86, 0.92 and 0.81 were reported, respectively, by using Cronbach’s alpha coefficient.

Table 3. Comparison of the Mean Score of Job Engagement in General and its Components Before and After the Intervention in the Staff of the Two Experimental and Control Groupsa

Table 4. Comparing the Mean Score of Job Engagement in General and Its Components After the Intervention in the Staff of the Two Experimental and Control Groups in Terms of Gender

Based on the results of various studies, it can be said that having psychological capital enables individuals to better cope with stressful situations, have a high level of vigor to deal with problems, and gain a clear perspective about themselves, and be less affected by daily events, thus, they have higher psychological health (23). Increased psychological capital, especially resilience among nurses, is important because resilient nurses are less likely to have job stress and burnout, have better health, have higher levels of job engagement and intention to stay in the organization (24-26). Also, the amount of optimism and self-efficacy are related to lower level of depression among nurses, and psychological capitals (hope, optimism, resilience, and self-efficacy) are generally related to nurses’ commitment to hospital missions (27).

The present article was derived from the student’s thesis done by Mr. Davood Movahedi, holding an M.A. of Psychiatric Nursing (ir.bums.REC.1395.198). The required data was collected after obtaining permission from the authorities of Birjand University of Medical Sciences and coordinating with 22nd of Bahman Hospital, in Khaf, and obtaining informed consents. Ultimately, the authors of the present article extend their appreciation to the Research Deputy of Birjand University of Medical Sciences and all those, who cooperated in the project.