Insulin therapy refusal among type 2 diabetic patients is most challenging for healthcare providers.

This study aimed to evaluate the type 2 diabetic patients’ attitude and compliance with the initiation of insulin therapy.

As 38% of patients with type 2 diabetes refused to initiate insulin therapy, it seems that effective communication between physicians and patients and continuous follow-ups by health care providers can increase positive attitudes toward insulin injection.

Diabetes is a chronic, metabolic disease characterized by elevated levels of blood glucose, which leads to serious damage to the heart, blood vessels, eyes, kidneys, nerves, and other organs over time. It is estimated that 2,035,592 million people are diagnosed with diabetes all over the world (1, 2). Insulin therapy is one of the oldest and most effective drugs to control hyperglycemia in patients whose diabetes is not controlled by oral medication. Although insulin therapy has demonstrated to be effective, it is often postponed or refused by patients for whom insulin therapy has been prescribed (3-6). Although easier alternative treatments such as insulin analogs (insulin pens) have been replaced by old insulin syringes in recent years, there is still resistance to insulin therapy acceptance (7). Generally, the lack of knowledge, negative attitudes, and psychological and social factors are important role players in refusing insulin therapy (6, 7). A systematic review performed in Malaysia indicated that the barriers to insulin acceptance in patients were the fear of injection pain and concerns about side effects of insulin treatment. Besides, poor knowledge and skills of healthcare providers and physician sympathy were other obstacles. The most common facilitators were a positive attitude toward the benefits of insulin and not being worried about injections (8). In Iran, we are facing much patient resistance to start or continue insulin therapy. Ghadiri-Anari (4) indicated that 77% of patients did not accept insulin onset despite HbA1c > 8.0% and optimal oral medication. The fear of injection is an important cause of insulin refusal among patients (4). Similar studies in the United States showed that up to 44% of patients refused insulin therapy (9-13).

In this survey, we aimed to identify attitude and compliance with the onset of insulin therapy in patients with type 2 diabetes (T2DM) in a tertiary university medical center in Tehran, Iran.

A single-center, cross-sectional study was conducted at the Endocrinology Department of Loghman Hakim Hospital, Tehran, Iran. The sample size was estimated at 100 patients based on the proportion estimation formula with 50% expected insulin therapy refusal, 95% Confidence Interval (CI), and 0.1 precision (4, 5). The participants were selected by a non-random (convenience) sampling method among all T2DM patients in the age group 30-70 years who were eligible for initiation insulin therapy from December 2017 to December 2018 (5). They had started treatment with oral medication. The exclusion criteria were type 1 diabetes and type 2 diabetes with psychological and mental problems. The data collection form designed by the research team consisted of two parts. Part I included the demographic and socioeconomic characteristics (age, sex, education level, marital status, living area, life model (living alone or with family), monthly income, duration of diabetes and Insulin use, body mass index (BMI), and HbA1c). Part II gathered data on compliance and attitude to insulin therapy. For the evaluation of attitude toward insulin therapy in eligible patients with type 2 diabetes, a questionnaire was developed following the study by Tan et al. (5) and Abu Hassan (14). This questionnaire consisted of two sets of information, including positive and negative attitudes toward insulin injection, with three and 18 sentences, respectively. First, the questionnaire was tested in a pilot study involving 20 patients in the Endocrinology Clinic of Loghman Hakim Hospital. For reliability assessment, Cronbach’s alpha was estimated at 0.80. Content validity was confirmed by two endocrinologists and two public health specialists. Ethical approval was obtained from Shahid Beheshti University of Medical Sciences, Tehran, Iran (ethical code: IR.SBMU.RETECH.REC.1397.689). In addition, all participants were asked to sign written informed consent forms before enrollment. For the report descriptive (count and catheterized data) results, mean, standard deviation (SD), so number and percent used. For data analysis, Chi-square and Fisher's exact tests were performed. All analyses were done in SPSS19 at a significance level of P < 0.05.

In this study, 62 (62%) of 100 patients with type 2 diabetes accepted insulin therapy. The mean values (SD) of age, BMI, duration of diagnosis, HbA1c, and monthly income in T2DM patients were 56.7 (10.76) years, 27.5 (4.71), 129.30 (79) months, 10.40% (1.53%), and 11,455,000 (5,570,000) Iranian Rials (one USD equals to 130000 Iranian Rials (IRR)), respectively. There was no association between compliance of insulin therapy and the basic characteristics of patients in the bivariable analysis. Also, no difference was not found in HbA1c between the two groups (Table 1). Figure 1 shows that the mean monthly family income was higher in patients accepting insulin injection, but the difference was not statistically significant. Nevertheless, there was a statistical difference between positive and negative attitude (agree-disagree) items in the accepting and rejecting groups of insulin therapy in T2DM patients. In the positive attitude sentences, 60 (96.8%) patients with T2DM who accepted insulin onset agreed with this sentence “Insulin helps improve my diabetes” while in the group that did not accept insulin onset, this agreement was in 26 (68.4%) patients and the difference was statistically significant (P < 0.001). Also, 57 (91.9%) patients who accepted insulin onset agreed with the statement, “insulin injection helps improve my QOL” while in the non-accepting group, only 4 (10.5%) patients agreed with the statement (P < 0.001). 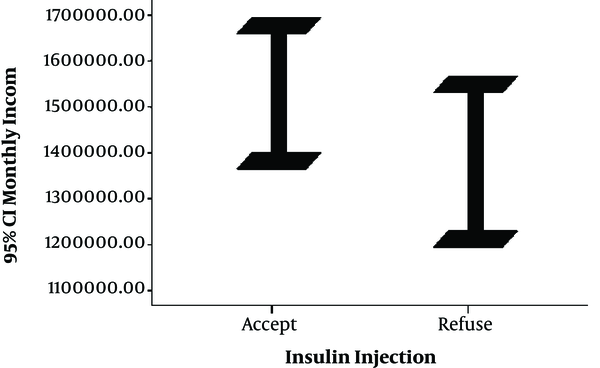 Table 1. Comparison of Compliance Rate of Insulin Therapy and Basic Characteristics of Patientsa

Table 2. Comparison of Positive and Negative Attitude Toward Insulin Injection in the Two Groups

Diabetes has become a global problem. Type 2 diabetes accounts for about 95% of all diabetic cases in the United States (15). Oral antidiabetics usually can be initially used to reach the target blood glucose level in patients with type 2 diabetes. However, ultimately, due to the nature of a progressive disease, most patients need insulin therapy. Given the high metabolic benefits of insulin hormone, the early onset of insulin injection is proposed to maintain an ideal level of HbA1c (16, 17). In this study, we found a compliance level of insulin treatment in 62% of patients who had not used insulin ever. However, physicians may tend to start insulin therapy earlier because of mistrust that patients observe oral medication and diabetes diet. Therefore, the high tendency of physicians toward insulin therapy and over-training of insulin injection to patients by experts may have led to an acceptable percentage of insulin therapy and bias. Nonetheless, 38% of patients with type 2 diabetes did not tend to be treated with insulin injections, which is much lower than in similar studies. In the survey by Azmiah et al. (6) and Wong et al. (7), 50.7% and 70.6% of patients did not tend to use insulin injections, respectively. Polonsky indicated that the level of insulin therapy resistance was 28.2% (3). No statistically significant difference was seen between the patients’ attitudes, age, sex, monthly income, life model (living alone or with family), and duration of type 2 DM. In our study, there was no significant difference between gender and willingness to insulin therapy, whereas Nam et al. (18) showed that women and religious minorities had more psychological barriers to insulin treatment. Another study stated that women tend to have less insulin therapy due to the fear of needle injection so they have more negative attitudes than men (19). In our research, even though about 62% of patients who did not accept insulin therapy had a low education level (illiterate or below a high school diploma), no significant difference was found between the education level and insulin therapy acceptance. In a survey by Wong et al. (7), patients with higher education had 55% less resistance to insulin therapy. Besides, a statistically significant difference was observed between patients’ attitudes at different levels of education. In the current investigation, the highest percentage of agreement (100%) in the insulin compliance group was related to statement “Insulin injection prevents complications of diabetes (micro and macrovascular)” whereas most of the patients (68.4%) in the noncompliance group agreed with “Insulin injection helps improve my diabetes”. This high percentage of agreement in the noncompliance group indicated they had a good perception of the insulin effect on hyperglycemia control. In Polonsky study (10), among the positive attitude items, the most important belief was about statements :insulin therapy improves blood glucose control” (86% agreement), “it reduces complications of illness” (77% agreement), and “it improves the quality of life” (61% agreement).

There are many reasons for resistance to insulin therapy in the literature such as the fear of injection, fear of hypoglycemia and obesity, the difficulty of insulin injection management, etc. Besides, patients with diabetes may think that insulin therapy means the worsening of their conditions and a failure to manage their illness (3). In a study of 1,267 patients with type 2 diabetes, the most important cause of negative attitude toward insulin therapy was the belief in the wrong method of injection by the patient (20). The improvement of insulin injection needles (insulin pens) has led to less pain and discomfort in patients. However, many patients still refuse insulin therapy due to poor awareness and lack of proper injection training (21).

Hypoglycemia is one of the main causes of the fear of insulin injection in diabetic patients, which accounted for a high percentage of agreement (89.5%) in the noncompliance group in the current survey. Hypoglycemia after insulin injection is a medical emergency and research has shown that patients with the fear of hypoglycemia have a lower quality of life. Most of the patients in the rejecting group believed that the hypoglycemia attack is embarrassing in the workplace. Some patients did not accept insulin injections to avoid disturbing their family and friends (17). Although in this survey, the mean monthly family income was higher in the insulin compliance group than in the noncompliance group, there was no significant difference between the two groups (P = 0.5). The reason for this can be an appropriate health insurance coverage for all types of insulin among patients in Iran. However, due to the 30% out-of-pocket payment imposed on patients, insulin compliance was more in the higher income group.

There were some limitations to this investigation. The limited number of patients decreased the power of the study. Besides, most patients belonged to the lower socioeconomic level, as the study setting was a public hospital in the South of Tehran. Therefore, performing studies with a larger sample size and various socioeconomic levels are proposed.

Based on the results of this study, professional tailored education, individual or group counseling, and practical and emotional support by the healthcare system are recommended for more comfortable insulin acceptance in diabetic patients.

The authors would like to thank the Clinical Research Development Center (CRDC) of Loghman Hakim Hospital, Shahid Beheshti University of Medical Sciences, Tehran, Iran, for their support, cooperation, and assistance throughout the study.