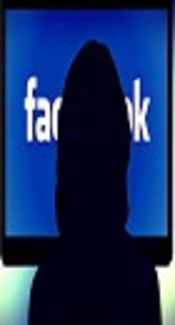 The main goal of this study was to explore the rate of problematic Twitter and Facebook uses, their relationships and differences in terms of psychopathological and internet-related variables.

A sample of 822 Facebook users (55% women) aged from 18 to 29 (Mean = 21.6; SD = 2.8) completed a set of questionnaires assessing Twitter, Facebook, and the internet use characteristics and problematic uses, as well as psychopathological symptoms.

PFU was particularly related to depression and anxiety symptoms while PTU was not. Moreover, our results suggest further exploring the specificity of specific Social Networking Site (SNS) instead of encompassing them into a general problematic use of the internet or SNS. This exploratory study had limitations and needs to be completed by research focusing on relationships and differences between these uses. Future studies need to focus on the relationship between problematic SNS uses, taken separately, with psychopathology, and especially pathological personality traits, by taking gender into account.

Internet addiction or Problematic Internet Use (PIU) appeared two decades ago and has been defined as an inappropriate use causing a significant impact on the psychological, social, professional, or school functioning (1, 2). Even if PIU has not been consensually recognized yet, many studies revealed how similar PIU is to other clinical disorders, like pathological gambling and drug dependence. A significant number of PIU definitions and diagnostic criteria include symptoms of withdrawal or tolerance (3). For several years, many authors have argued PIU can be divided into two major categories: Generalized and specific problematic internet use (SPIU). The former includes a multidimensional use of the internet while the latter regroups all the specific activities that could be pursued online (4, 5).

Despite the benefits which can be related to it, using the internet for social motives and using social networking site (SNS) have been identified as potentially highly addictive (6, 7). Consequently, an increasing number of studies have been focused on the problematic SNS use in general or problematic Facebook use (PFU) in particular, with some criticisms about the lack of a consensus and different diagnostic criteria used. However, PFU appears as an addictive disorder, similar to PIU and other behavioral addictions (8, 9). Therefore, PFU has been defined as a “specific form of internet addiction” (10) with at least preoccupation, tolerance, and mood modifications (9), leading to negative consequences on daily life (7).

Little investigation has been conducted on other problematic SNS uses, or the focus has been on a general SNS problematic use while distinction seems necessary (17). The problematic use is rarely explored including for Twitter. Yet, one author suggested, “140 character is even more addictive” (140 characters’ standard) (18). There is little study paying particular attention to the problematic Twitter use (PTU) (19). One recent study focused on the excessive use of Twitter among college students and revealed that time spent on Twitter was related to “Microblog excessive use” but they also found a relationship between this excessive use and loneliness (19). One Chinese study focused on Weibo (similar to Twitter) and revealed how addictive and problematic this SNS use could be (20).

As PIU, PFU appears to be related to psychopathological variables particularly depressive and anxiety symptoms, among college and university students (7, 15, 16). Other studies showed PFU was highly correlated with other specific PIU among students and adults, social anxiety (17), insomnia (7), and low self-esteem among college students (21) or low life satisfaction among university students (22). Depressive symptoms seem to precede PFU (23) as shyness and loneliness (24, 25). However, no causal relationships have been established.

Given the lack of empirical data, our aims were to explore the prevalence of PTU and PFU among a French sample of social networking sites users by taking gender into consideration, to examine differences between Twitter and non-Twitter users regarding internet and Twitter-related variables, and to explore differences between PFU and PTU predictors. Besides, the psychometric index of PFU and PTU scales was assessed.

The final sample comprised 822 participants (Mean ± SD = 21.6 ± 2.8; age range 18 - 29; 55% female, n = 455). The sample consisted of 572 students (70%), 188 employees (23%), and 62 inactive persons (7%). The participants were recruited between January and March 2015 through Twitter and Facebook. Inclusion criteria included being aged between 18 and 30 years, having a Facebook account, and having completed all the scales. Among the population (N = 827), only five participants used Twitter but no Facebook, and they were excluded in order to retain a homogeneous sample of Facebook users. All participants were informed of the confidentiality and the anonymity of their responses and agreed to give their free and informed consent.

We assessed PIU using the problematic internet use questionnaire-9 (PIUQ; 28). Its nine items are rated on a 5-point scale. The total score varies from nine to 45. Participants scoring higher than or equal to 22 were considered problematic internet users. The PIUQ and its 9-item form presented good psychometric properties (26). Cronbach’s alpha of the PIUQ-was 0.77 in our study.

PFU was assessed using the most used scale, the Bergen Facebook addiction scale (BFAS; 11). Since there was no French version of the scale, translations and back-translations were performed by the authors. While originally constituted 18 items, the BFAS includes six items rated on a 5-point scale. Scores range from six to 30. As proposed by the authors and applied in a previous study, scoring three or above on at least four items suggests PFU (12). One validating study reported excellent Cronbach’s alpha: α = 0.91 (27) as original authors: α = 0.83 (10).

Given the lack of an adapted scale, the BFAS was modified by replacing “Facebook” with “Twitter” (BFAS-T). This has already been done to assess “Facebook, Twitter, Instagram, and the like” instead of Facebook (28). Scores also range from five to 30 and a score of three or higher on at least four items suggested PTU. Concerning a previous study (29), two single self-diagnostic questions were also used to distinguish participants “self-perceived” as problematic Facebook and/or Twitter users. Answers were on a dichotomous format (yes/no). As in previous studies (30), the average time spent on the internet, Facebook, and Twitter was assessed by multiplying the approximate number of hours per day and days per week.

A French version of the brief symptom inventory (BSI; 33) was used to assess psychopathological symptoms. Each of the 53 items is rated on a 5-point scale. Higher scores suggest a higher psychological distress. The BSI has good psychometric properties with an excellent internal consistency: α = 0.90 (31) and α = 0.96 in our study.

Exploratory factorial analysis (EFA) with Varimax rotation was conducted on the BFAS and BFAS-T scales. The Bartlett test of sphericity and the criterion KMO (Kaiser-Meyer-Olkin) were also reported.

Convergent validity was explored for these two scales through associations with PIU and time spent on each SNS. Kappa values were also reported between the PFU and PTU scales and the two self-perceived problematic use items. Positive and negative predictive value (PPV and NPV) were calculated. Reliability was evaluated through Cronbach’s alphas for all the scales.

The Chi-squared test was used to assess and compare the presence of PTU and PFU by gender. Independent samples t-test was performed to compare Twitter and non-Twitter users. The relationship between PFU, PTU, and other variables was assessed with correlational analyses (Pearson). To explore predictors of PTU and PFU, hierarchical regression analyses were performed. All analyses were conducted using SPSS 20.

In performing T-tests, Twitter users were compared with non-Twitter users in terms of internet-related and psychopathological variables. These results are detailed in Table 1.

b Values are expressed as Mean ± SD.

The results of correlation analysis are detailed in Tables 2 and 3, and those of regression analysis in Table 4. Only significantly correlated variables have been included.

Table 2. Correlation Analysis Between Internet-Related Variables and Psychopathology Among Facebook Users (n = 822)a

Table 3. Correlation Analysis Between Internet-Related Variables and Psychopathology Among Twitter Users (n = 259)a

Despite the lack of validation studies of the BFAS and the novelty of the BFAS-T, our results suggested the good psychometric properties of the scales. Consistent with previous studies (10), the BFAS (as the BFAS-T) was a one-dimensional measure of PFU. Similar to internal consistency, convergent validity was high in this sample. Besides, agreement analyses also raised the interest of our items on the self-perceived problematic use. Even if PPV was low (self-items found more problematic users than the scales), the other results were high and suggest these items could represent a quick and effective way to assess PFU and PTU. More investigations are required to deepen these interpretations but first, a consensual and criterion-referenced definition of these problematic uses is essential.

Our results showed that PFU was more frequent among women, in line with previous studies (6, 10, 16). These results can be explained by the fact that SNS and communication activities, in general, are preferred by women, as the literature has shown (30). For Twitter, no significant gender differences were retrieved.

Mean comparison suggested that only time spent on the internet and PIU scores were significantly different between Twitter and non-Twitter users, with Twitter users spending almost three-fold more time online. This result highlights that specific SNS and problematic uses are not necessarily concurrent, at least for Twitter and Facebook. However, PIU and time spent on the internet were higher among Twitter users, which sounds like an evidence for the severity caused by the multiplicity of used SNS.

All psychopathological symptoms were related to PTU and PFU scores but a few results were significant in regression analyses, probably due to the high rates of multiple problematic users and the high influence of internet-related variables. Obsessive-compulsive symptoms played a significant role in PFU scores, suggesting that PFU is similar to obsessive-compulsive disorders more than to addictive disorders. Moreover, hostility seems also to predict PFU, which can be explained by the anonymity in SNS in general. Contrarily to PFU, PTU was not explained by psychopathological variables but it could be related to the small proportion of problematic Twitter users. However, these results showed the differences between Facebook and Twitter users and emphasized the importance of the specific exploration of each SNS.

Some limitations can be highlighted such as sample size and characteristics. Critics can be raised against the methodology (cross-sectional design, assessment tools). Problematic Twitter and Facebook users, as other internet users, are surely frequently involved in other online specific activities (30), which is an obstacle to the understanding of the particular relationship between problematic uses and psychopathological symptoms.

With an increasing number of SNS users, it seems important to improve our understanding of characteristics and differences between each and several SNS uses. It also appears essential to properly evaluate PFU and PIU in accordance with the strong theoretical background. The lack of available data increases the pertinence of this research, which highlighted the presence of problematic Facebook and Twitter use among French users.

Copyright © 2018, Author(s). This is an open-access article distributed under the terms of the Creative Commons Attribution-NonCommercial 4.0 International License (http://creativecommons.org/licenses/by-nc/4.0/) which permits copy and redistribute the material just in noncommercial usages, provided the original work is properly cited.
download pdf 164.19 KB Get Permission (article level) Import into EndNote Import into BibTex
Number of Comments: 0