The Effects of Lavender, Valerian, and Oxazepam on Anxiety Among Hospitalized Patients with Coronary Artery Disease 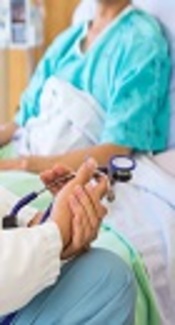 Patients with coronary artery disease (CAD) experience different levels of anxiety during their hospital stay. Untreated anxiety among these patients can increase the risk of further cardiac events. The current study aimed at comparing the effects of lavender, valerian, and oxazepam on anxiety among hospitalized patients with CAD.

As a double-blind, randomized, placebo-controlled, clinical trial, the current study was conducted in 2016 on 120 patients with CAD hospitalized in the cardiac care unit (CCU) of Valiasr (PBUH) Hospital, Birjand, Iran. Patients were conveniently recruited and randomly allocated to 30-patient lavender, valerian, oxazepam, and placebo groups using the permuted-block randomization method. Patients in these groups orally received 80 mg of lavender essential oil, 400 mg of valerian essential oil, a 10-mg oxazepam tablet, and 5 mL of distilled water, respectively, 1 hour before bedtime in 3 consecutive nights. Data were collected before and after the intervention via a demographic questionnaire and the Spielberger state-trait anxiety inventory. The data were analyzed with SPSS version 21.0 based on descriptive statistics measures (such as mean, standard deviation, and frequency distributions) using inferential statistics (such as the Chi-square test, the paired-samples t test, the one-way analysis of variance (ANOVA), and Tukey range test). The level of significance was set to < 0.05.

Oral intake of lavender and valerian essential oils was as effective as oxazepam in alleviating anxiety among patients with coronary artery disease. Of course, the anxiolytic effects of lavender were stronger than those of valerian. These medicinal plants can be good substitutes for chemical anxiolytic medications. Of course, further studies are needed to produce more reliable evidence in this realm.

Patients with CAD experience a wide range of problems such as pain, impaired tissue perfusion, activity intolerance, ineffective coping, altered job security, reduced recreational activities, concerns over an uncertain future, impaired interpersonal relationships, ineffective role performance, and mental problems such as depression and anxiety (4, 5). Anxiety is highly prevalent among patients with cardiovascular diseases. Previous studies reported high levels of anxiety among 42% of patients with coronary heart disease (6), 50% of patients with acute coronary syndrome (7), and 63% of the ones with heart failure (8, 9). Untreated anxiety among patients with CAD can increase the risk of further cardiac events (10).

Anxiety management strategies include both pharmacological and non-pharmacological therapies. Pharmacological therapies comprise a wide range of medications, particularly benzodiazepines (11). Oxazepam is one of the most commonly used benzodiazepines for muscle relaxation, acute anxiety states, generalized anxiety disorder, sleep disorders, and epileptic disorders. Its half-life is 20 - 40 hours. It exerts its anxiolytic and sedative effects through binding some subunits of type A gamma-aminobutyric acid (GABA) receptors in the central nervous system (CNS), facilitating the opening of chloride channels in cell membrane, and promoting the hyperpolarization of the cell membrane. It has dose-dependent suppressive effects on CNS and can produce sedation, alleviate anxiety, cause amnesia and somnolence, and depress respiratory and cardiovascular systems (12).

Historical studies on medicine showed that ancient civilizations greatly valued medicinal and aromatic plants and widely used them for different religious, cosmetic, and therapeutic purposes (15). One of the most commonly used medicinal plants is lavender. It is scientifically known as Lavandula angustifolia and belongs to Lamiaceae family. Lavender is an aromatic evergreen herbal plant with long and narrow leaves, and pinkish-purple flowers (16). It affects CNS and peripheral nervous system and has relaxing, anxiolytic, antidepressant, anticonvulsive, and antiepileptic effects; hence, it is known as the protector of the nervous system (17). Lavender contains 1% - 3% essential oils, including monoterpenes such as linalyl acetate (33% - 55%), linalool (20% - 35%), beta ocimene, cineol, camphor, sesquiterpenes, caryophyllene oxide, tannins, rosmarinic acid derivatives, coumarin, and flavonoid (18). Linalool and linalyl acetate exert their anti-inflammatory, sedative, and anxiolytic effects through binding and inhibiting GABA receptors in CNS (19). Without any significant side effects (20), lavender has anxiolytic effects on patients with generalized anxiety disorder (21) and candidates for orthopedic surgeries (22). However, some other studies showed that lavender had no significant effects on anxiety among patients undergoing hemodialysis (23) and on examination anxiety among nursing students (24).

Another commonly used medicinal plant is valerian, from the Valerianceae family, which is scientifically known as Valeriana officinalis. Valerian is a perennial plant with short rhizomes, which produces underground stems. Its roots are 10 - 20 cm and have sedative, antispasmodic, and muscle relaxing effects. Valerian consists of different chemical compounds such as valerenic acid and its derivatives are hydroxy valerenic acid, acetoxy valerenic acid, and valerenal (25). The only side effect of valerian is hepatotoxicity, which happens in long-term high-dose consumption (10).

Previous studies reported contradictory results in terms of the anxiolytic effects of lavender and valerian. Moreover, there is no credible information about the advantages of lavender, valerian, and oxazepam over each other regarding their anxiolytic and sedative effects. The current study was conducted to narrow these gaps. The current study aimed at comparing the effects of lavender, valerian, and oxazepam on anxiety among patients with CAD hospitalized in a cardiac care units (CCUs).

As a double-blind, randomized, placebo-controlled, clinical trial, the current study was conducted in 2016 on 120 patients with CAD. Patients were conveniently recruited from CCU of Valiasr (PBUH) hospital, Birjand, Iran. Inclusion criteria were age 30 - 70 years, definite diagnosis of CAD based on coronary angiography, no affliction by class III or IV heart failure, vital signs stability, no recent use of hypnotics, sedatives, or benzodiazepines, no intake of medicinal plants with sedative or anxiolytic effects in the past 2 weeks, no drug abuse, no history of psychiatric disorders that necessitated receiving psychiatric medications, a score of more than 20 for the Spielberger state-trait anxiety inventory, no history of allergy to valerian or lavender, and willingness to participate in the study. Patients who voluntarily withdrew from the study or developed any serious complications during the study were excluded.

Sample size was calculated with pretest and posttest mean scores of anxiety in an earlier study (26), a confidence interval (CI) of 95%, and a power of 90%.Calculations showed that 16.9 patients were needed for each group. Sample size was increased to 30 in each group.

Study data were gathered through interviewing patients using 2 instruments. The first instrument was a demographic questionnaire including patients’ age, gender, educational level, and marital status. The second instrument was the Spielberger state-trait anxiety inventory. Spielberger et al. developed the inventory in 1986 focusing on 2 aspects: situational or state anxiety (i e, the feelings related to the immediate situation) and latent or trait anxiety (i e, the usual feelings in most situations), each with 20 items. The total score of each aspect is 20 - 80; the lowest score showing no anxiety and the highest score showing great anxiety (27). The Persian version of the inventory has acceptable validity and reliability, with test-retest correlation coefficients of 0.97 (28) and 0.89 (29). Anxiety was measured a night before and in the first morning after the intervention.

After data collection, the data were transferred into SPSS version 21.0 and analyzed via descriptive statistics (such as mean, standard deviation, and frequency distributions) using Chi-square test and the one-way analysis of variance (ANOVA) for intragroup comparisons in terms of demographic characteristics and anxiety mean scores, respectively. Post hoc analysis was performed via Tukey range test. Moreover, intergroup comparisons respecting the mean scores of anxiety were performed via the paired-samples t test. The level of significance was set to < 0.05.

The primary sample of the study consisted of 120 patients with CAD in four 30-patient groups. However, 1 patient from the valerian group, 2 from the lavender group, and 1 from the placebo group were excluded, respectively, due to hospital discharge, voluntary withdrawal, and death during the study. Thus, the final data analysis was performed on 29 patients in the valerian group, 28 in the lavender group, 30 in the oxazepam group, and 29 in the placebo group; 116 in total. Participants were 63 males and 53 females. No statistically significant differences were observed among the groups in terms of patients’ demographic characteristics (P > 0.05; Table 1).

Table 1. Comparisons of the Study Groups Based on Demographic Characteristicsa

Table 2. Intra- and Intergroup Comparisons Based on the Mean Scores of Anxietya

In the current study, the mean score of anxiety significantly decreased in all 4 groups. The greatest and the smallest decrease were observed in the lavender and the placebo groups, respectively. Previous studies used different parts and products of lavender for anxiety management. For instance, a study in Germany on 538 patients with generalized anxiety disorder showed that the oral use of 80- and 160-mg lavender essential oil capsules for 10 successive days significantly alleviated anxiety (21). Another study showed that the daily intake of 80 mg lavender essential oil was as effective as lorazepam in alleviating anxiety among patients with generalized anxiety disorder (30). Similarly, a study indicated that the oral intake of 300-mg lavender essential oil capsules was as effective as diazepam in anxiety alleviation (22). Another study reported that the 2-week intake of lavender aerial parts extract significantly alleviated anxiety, promoted nighttime sleep, and reduced the need for sleeping medications in mice (31). Moreover, a study showed that the combination of lavender tincture and imipramine was more effective than single imipramine therapy to alleviate mild to moderate depression (32). Similarly, the tea of 5 g aerial parts of lavender was effective on managing depression (33). Lavender exerts its psychological effects through affecting the limbic system, particularly the amygdala and the hippocampus. The mechanism of action for lavender at cellular level is still unknown, even though it is supposed that similar to benzodiazepines, it increases GABA in the amygdala (17). Moreover, linalool component of lavender is supposed to be a sedative and hypnotic agent, which inhibits acetylcholine release and changes ion channel function at neuromuscular junction (34).

The current study also found the positive effects of valerian on anxiety in patients with CAD. Valerian is widely used in different countries to manage insomnia and anxiety and has inhibitory effects on CNS (35, 36). A study in Iran showed that valerian was more effective than diazepam to alleviate preoperative state anxiety (37). Another study showed that daily intake of 600 mg valerian extract for 6 successive weeks was as effective as the daily intake of 10-milligram oxazepam tablets to alleviate non-organic insomnia (38). Similarly, an animal study showed that valerian extract was more effective than diazepam to alleviate anxiety in rats (39). The valerenic acid component of valerian is supposed to imitate the activities of GABA (40).

The main limitation of the current study was its small sample size. Large-scale studies on both patients and healthy people are needed to provide more reliable evidence regarding the anxiolytic effects of lavender and valerian.

Hereby, authors gratefully thank the participants of the study, the faculty members of Birjand faculty of nursing and midwifery, and the nursing staff of CCU at Valiasr (PBUH) Hospital, Birjand, Iran. The article was based on Master’s thesis at Birjand University of Medical Sciences, Birjand, Iran. The study protocol was approved by the ethics committee of Birjand University of Medical Sciences (approval code: IR.BUMS.REC.1395.104).

Copyright © 2018, Modern Care Journal. This is an open-access article distributed under the terms of the Creative Commons Attribution-NonCommercial 4.0 International License (http://creativecommons.org/licenses/by-nc/4.0/) which permits copy and redistribute the material just in noncommercial usages, provided the original work is properly cited
COMMENTS