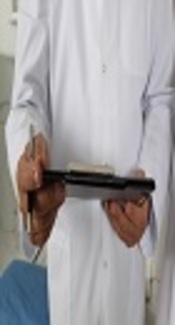 Nursing education is an education system that encompasses cognitive, affective, and psychomotor learning fields. The main goal in this system is to graduate nurses who can integrate theory and application, who think critically in the learning process, and who have gained effective problem solving skills. For this reason, it is important to use novel approaches that improve occupational skill in nursing education.

The study was performed in order to determine the effect of the high-fidelity simulation method on the critical thinking and problem solving skills of nursing students.

In comparisons within and among groups between the pre-test and post-test applications no statistically significant differences were found between the California critical thinking inclination scale and Problem Solving Inventory mean scores.

In the study, the simulation method was found not to be superior in improving the problem solving and critical thinking abilities of students compared to the traditional education method. Performing similar studies with a larger sample size comparing different education methods is recommended.

Critical thinking and problem solving are basic skills for all nurses (1). In all workplace settings, nurses are expected to think critically, solve problems effectively, and make the right decisions. Nurses obtain data on patients and their families, analyze, define the problem, plan for the solution of the problem, apply the plan, and evaluate the results. All of these skills are related to problem solving and critical thinking (2, 3). Developing all those skills during undergraduate education is an important goal for tutors (4). Nursing education is an education system that encompasses cognitive, affective, and psychomotor learning fields (5). The main goal in this system is to graduate nurses who can integrate theory and application, who think critically in the learning process, and who have gained effective problem solving skills. For this reason, it is important to use novel approaches that improve occupational skill in nursing education (6). One of the methods adopted so that students can improve their proficiency in patient care and gain skill is simulations (7).

A simulation is a technique or tool which tries to create the characteristics of the real world to prove sufficiency and proficiency in learning (8). Thus, simulation encourages learning through empirical techniques (9). Simulations, which act as intermediaries between clinical application and theoretical courses, are considered a method for presenting a clinical condition as similar to reality as possible, thus making it easier to understand and manage when truly encountered (7). Simulation is a safe teaching method, used in recent years for the provision of technical and non-technical skills in pre-and post-graduation nursing training (10-12) and is accepted for improving nursing trainers (13).

The high number of students and low number of tutors in schools providing nursing education in Turkey, crowdedness and inadequate clinical settings, the constantly improving technical equipment in today’s clinics where patient rights are given the utmost importance, all have negative effects on the student’s using opportunities to improve and apply their skills at a desired level as well as the students’ effective evaluation of patient care results. In order to remove this insufficiency, the use of scenario/computerized simulations to prepare nursing students for the clinical environment is a novel approach (7). Certain studies have stressed that the use of scenario/computerized simulation is an efficient learning strategy to gain occupational skills for nursing students (4, 8, 13, 14). Alongside this, training performed through the simulation has been reported to provide a rich environment for effective clinical decision making, to increase cooperative learning, technical skill, teamwork, and role development (15), to decrease the anxiety levels of students in the first clinical application and to increase self-confidence (16). Additionally, nursing students are able to evaluate their sufficiency and improve their problem determination and solving skills through the simulation technique (4). Simulations, which cost more than mannequins and require advanced knowledge in terms of educator, have to be used and evaluated as an alternative education method with traditional skill training (6). However, no studies were found in the literature that examined the effects of the simulation method on critical thinking and problem solving skills compared to the traditional teaching method. In this context, the use of research data in shaping training programs will be more evidence-based and safe.

The present study was conducted to determine the effect of the high-fidelity simulation method on the critical thinking and problem solving skills of nursing students.

In the study, a randomized, controlled, pre-test post-test experimental research model was used.

The universe of the study consisted of 191 students studying at the freshmen year of the Nursing Department between February 22nd and April 15th 2016. Sample size was calculated according to alpha (α) = 0.05, beta (β) = 0.20, and 1-β = 0.8; it was calculated that 23 students should be assigned to each group. A computer-generated random number table was used to randomize pairs (containing “1 = study group” (n = 30) and “2 = control group” (n = 30)) according to student identification number, sex and the mean scores of the California critical thinking inclination scale and the Problem Solving Inventory.

- Not receiving any education on the course content of “Nursing Basics”, where occupational skills are heavily taught

- Accepting to participate in the study

- Not wanting to participate in research

The scale was developed in 1990 within the context of the Delphi project by the American Philosophical Association to evaluate critical thinking levels. The validity and reliability of the 51-item Turkish scale were assessed by Kökdemir (17). The scale is a six way Likert type scale with six subdimensions, namely searching the truth, open-mindedness, analyticalness, systematicalness, self-confidence, and curiosity. The minimum score for sub-dimensions is 10 while the maximum is 60, and the total gives the critical thinking score. In this context, 239 points and below from the scale is considered low, 240 - 299 is considered medium, and 300 and more is considered high with regard to critical thinking inclination. The reliability alpha coefficient of the scale was found to be 0.83 in the study.

The Turkish adaptation of the scale developed by Heppner and Petersen (1982) was performed by Sahin et al. (18). The inventory is a self-report scale that is applied to adolescents and adults to evaluate what the individuals think about problem solving behavior and approaches. The 35-item inventory is a six way Likert type scale. The scale has three subdimensions, namely problem solving confidence, approach-avoidance, and personal control. The lowest score that can be attained is 32 while the highest is 192. Higher total scores from the inventory show that the individual perceives himself/herself as insufficient in problem solving, while lower scores show that the individual perceives himself/herself as sufficient in the same area. The reliability alpha coefficient of the scale was found to be 0.84 in the study.

The occupational skill training through simulation was given in a simulation laboratory. The laboratory had three sections. The first section is the patient room where the patient and the clinical equipment were located. The second section is the command center where a tutor from the study team ensured that the event in the scenario occurred and recorded it. The third section is the debriefing room where the video of the applications performed in the patient room was played and applications were discussed with a tutor. The simman essential simulator was appropriate for applying all scenarios and skills regarding nursing, interactive with immediate reaction to the intervention, and appropriate for tutors designing their own patient files and recording them in addition to the preexisting scenarios.

The study team prepared 13 different scenarios for the students in the study group in three sessions on perineal care (five scenarios), oral drug administration (five scenarios), and respiratory applications (three scenarios). These scenarios were given to the tutor trained on simulation training, who was responsible for training the study group before the occupational training. Before the simulation training, the students were briefed about the simulation laboratory and the training manner. In the application phase, six groups of five were formed. Students in each group completed a scenario in 10 minutes with a group competing an application in 50 minutes. Later, each student analyzed their applications in the debriefing room with other group members for 75 minutes. The occupational skill training of the students in the study group took 40 hours.

In the occupational skill training given to the control group via the traditional education method, whole body, arm, and huckle models which had no technological characteristics were used. This training was given to the students by the research team, including the responsible lecturer of the course. Since the models had non-programmable characteristics, students developed their occupational skills only through demonstrations. In the traditional education method, the students were made to apply skills guided by checklists where perineal care, oral drug administration, and respiration applications without a scenario in three sessions. The occupational skill training of the students in the control group took 24 hours.

Data was analyzed using the statistical package for social sciences (SPSS) version 22. The appropriateness of the normal distribution of the quantitative data was examined with the Kolmogorov-Smirnov test. Beside descriptive statistical methods (mean values, standard deviation), the Student t-test was used in quantitative data for the intergroup comparison and the paired sample t-test was used in comparisons within groups. The chi-squared test was used in the comparison of qualitative data. The Cronbach alpha coefficient was calculated in the reliability analysis of the California critical thinking inclination scale. Statistical significance was accepted to be P < 0.05.

Before the study, written permission was taken from the Cumhuriyet University Non Invasive Clinical Research Board of Ethics (Decision no: 2014-03/27). Each student was told that participation in the study was on a voluntary basis, and was briefed that nobody but the researcher would access the information. In this context, the written permissions of the students in the study were taken.

Table 1. The Comparison of the Descriptive Characteristics of the Studentsa

Table 2 shows the mean scores of the students’ problem solving and critical thinking skill levels in the study and control groups during the pre-test and post-test. Accordingly, in comparisons within groups between the pre-test and post-test applications no statistically significant difference between the California critical thinking inclination scale and sub dimension mean scores and the Problem Solving Inventory and sub dimension mean scores could be found. Similar findings were reached in comparisons between groups.

Table 2. The Comparison of the Critical Thinking and Problem Solving Skills of the Groups in the Pre-Test and Post-Test

As a result of the measurements, no difference was observed between the traditional training method and the simulation method with regard to problem solving and critical thinking. In other terms, the effects of both methods were found to be similar. Thus, hypotheses 1 and 2 were rejected.

The present study has a sampling limitation since it was conducted with students studying at a single nursing department. The self-reports of the students regarding their problem solving and critical thinking skills are limited to the data collection forms. The students learned a limited number of skills through simulation in the Nursing Basics course, and the traditional education method was used in the development of other skills. Additionally, the lack of data in the literature regarding the comparison of the traditional education and simulation methods in the development of the problem solving and critical thinking skills of students created a limitation in the discussion of findings.

We would like to thank all nursing students in School of Susehri Health High, Cumhuriyet University.

Copyright © 2018, Educational Research in Medical Sciences. This is an open-access article distributed under the terms of the Creative Commons Attribution-NonCommercial 4.0 International License (http://creativecommons.org/licenses/by-nc/4.0/) which permits copy and redistribute the material just in noncommercial usages, provided the original work is properly cited.
download pdf 138.15 KB Abstract XML Get Permission (article level) Import into EndNote Import into BibTex
Number of Comments: 0