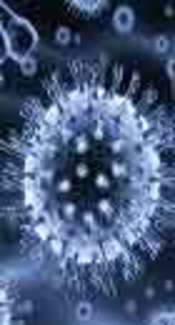 Hepatitis C virus (HCV) infection is a global health problem. Most cases of HCV infection do not resolve spontaneously. Combination therapy with pegylated interferon-α (PegIFN-alpha) and ribavirin (RBV) is the standard treatment for patients with HCV infection. The success of treatment is affected by several host, viral, and treatment factors. Available works have demonstrated significant role of interleukin 28B (IL28B) polymorphisms in predicting HCV infection treatment outcomes. This suggests the possibility of tailored therapy in HCV infected patients. HCV is one of the most common causes of liver disease worldwide. If untreated, this infection can develop chronic hepatitis in 50%-85% of patients. The aim of current study is to determine the association of interleukin-28B (IL-28B) rs-12979860 polymorphism in response to peginterferon-alpha (PegIFN-alpha) and ribavirin combination therapy in Iranian patients with chronic hepatitis C genotype 1 infection.

This cross-sectional study was carried out on 70 Iranian patients with chronic hepatitis C infection (genotype 1) receiving PegIFN-alpha and ribavirin. DNA was extracted from blood samples. Specific primers were used to amplify targeted polymorphisms.

The results showed that IL-28B rs12979860 was an important predictor of HCV treatment response.

Hepatitis C virus (HCV) infection represents a major health burden worldwide. It is estimated that 2.2% - 3% of the world's population (130 - 170 million people) are chronically infected with this virus. Among infected patioents 50% - 85% develop chronic hepatitis, with persistent viremia and of these, 20% - 30 % develop cirrhosis over a 20- to 30-year period (1). Genotype 1 is the most common HCV genotype in most of the world’s countries including Iran (2).

Combined pegylated interferon (PegIFN) and ribavirin therapy for several years is the most effective therapy for HCV infection. The primary goal of HCV treatment is to reach SVR- a condition when the virus RNA is not detected in the patient’s serum six months after the end of treatment period. However, only about half of all patients infected with HCV genotype 1 clear the virus (3). Recently, the emergence of new oral medications including first and second generation direct acting antiviral agent (DAAS) has further increased the rate of response of treatment-resistant HCV genotype 1. However, their financial costs are relatively high and are not readily available. Therefore, the possibility of predicting the rate of SVR achienment in an individual patient, before initiating treatment is of major interest for patient care and economic burden. Both virus- and host-related components have been indicated to influence the outcome of HCV therapy. A particular focus has been put on virus mutations, age, gender, ethnic group, body mass index and degree of liver damage which have long been contributed to treatment response (4). Among these factors the relation between host innate immunity and outcome of PEG-IFN and RBV therapy has gained much interest. Several independent studies reported single nucleotide polymorphisms (SNPs) in or near interferon-λ3 (IFNL3) and interferon-λ4 (IFNL4) locus- formerly known as IL28B- on chromosome 19q13.13, displayed strong association with IFN-based therapy (5-7). These studies showed that patients with a CC allele in the rs12979860 have a much higher SVR than those who have a T allele. The rs12979860 SNP lies 3 kb upstream of the IL28B. This polymorphism exhibit substantial ethnic diversity in their frequency (6, 7). In current study we aimed to evaluate the predictive power of rs12979860 polymorphism for treatment response in Iranian patients with HCV genotype 1infection.

This cross-sectional study is carried out during April 2012 to April 2013 on 70 hepatitis C genotype1 infected patients recruited from hepatitis clinic of Imam Khomeini hospital, a referral center for treatment of HCV in Iran. Patients were subjected to thorough history taking, paraclinical examination including: serum spartate aminotransferase (AST), HCV genotyping, quantitative viral load, stage and grade of liver histopathological examination (Table 1). After a full explanation of the study, written informed consent was obtained from all the participants.

The collected data were analyzed statistically with SPSS software version 16 (SPSS Inc, Chicago, USA). Continuous variables were summarized as mean ± standard deviation and categorical variables as frequency and percentage. Chi-square test and Fisher’s exact test were used for qualitative variables and student’s t -test was utilized to compare the quantitative variables. P values less than 0.005 were considered to be statistically significant.

In this study, 70 Iranian patients (mean age 40.8 ± 10.7) infected with hepatitis C genotype 1 were recruited. Fifty nine of patients were male and 11 were female. Demographic, biochemical and histopathological features of patients are summarized in Table 1. There were no significant differences in the distribution of sex and age between all groups (P > 0.005). All patients were treated for 6 months with combined PegIFN-α and ribavirin. Of enrolled patients the most prevalent IL-28B genotype was CT (42.8%), followed by CC (38.6%) and TT (18.6%) genotypes. Six months follow-up after completion of treatment showed that 71.4% of participants reached the SVR, among which 52% were IL-28B-CC, 40% were IL-28B- CT, and 8% were IL-28B-TT.

Our findings showed that 96.3% of patients carrying IL-28B-CC reached SVR, but SVR rate was 66.7% and 30.8% for IL-28B- CT and IL-28B-TT respectively. Statistical analysis indicated that carrying CC and CT genotypes were significantly associated with response to treatment (P < 0.005) (Figure 1). Co-relation Between SVR and IL-28B Genotypes

The CC is indicated to be significantly correlated with favorable response as presented in high frequency in SVR group. Conversely patients with TT genotype had the highest probability of failure of response.

Several studies have demonstrated the role of IL-28B polymorphisms in predicting treatment induced and spontaneous clearance from HCV infection. In the general population of Iran, the prevalence of HCV infection is < 0.5% (8). In current study we aimed to investigate the effect of IL-28B gene polymorphisms on treatment response in Iranian patients with HCV genotype 1 infection.

Different studies have reported various IL-28B gene allele frequencies according to ethnicity. In a previous study on 921 Iranian patients with chronic hepatitis C infection, the distribution of IL-28B polymorphism was indicated o be 38%, 48.8%, and 13.2% for CC, CT, and TT genotypes respectively (9). In other study the SNP genotyping results showed C/C in 52.9% C/T in 39.7% and T/T in 7.3% of Iranian HCV patients (10). In our study the frequency of IL-28B gene polymorphisms was estimated as follows: CC genotype was 38.6%, CT genotype; 42.8% and TT genotype; 18.6%. The IL28B polymorphism rs12979860 has noticable differential distribution among different racial groups. It has the lowest frequency in African Americans and is most frequent in Asians. Its frequency in Hispanics and Caucasians is intermediate. This may explains the high SVR rates in patients in Asians and the reason why African-Americans typically do not respond to PEG-IFN α-2 and RBV treatment (5, 7, 11, 12).

Our results showed that 71.4% of HCV genotype 1 patients reached SVR, among which CC, CT and TT polymorphisms respectively had 96.3%, 66.7% and 30.8% SVR rate. Previous studies reported varied rate of SVR. In agreement with our results, in an available study on Iranian HCV patients most of the patients with SVR had IL-28B-CC genotype. However, the rate of SVR in this study was indicated to be 58.3%. A reason that might explain the discrepancy between SVR rate in this study and our findings is the difference in compliance percentage of patients available for follow-up observation after treatment. In our study, we also showed that virological response at the end of treatment (ETR) and IL-28B polymorphism were significantly associated, as of patients with CC genotype, 100 percent reach ETR. While in the the CT group the rate was 45.8 % and in the TT group 10.2 %.

Identification of predictive variants for SVR will potentially provide a rapid estimation approach for treatment response before treatment by allocating patients to specific subgroups with a defined rate of response.

In summary, our results have indicated that that IL-28B (rs12979860) was a significant predictor of chronic HCV treatment outcome with PEG-IFN α and RBV in patients with HCV genotype I infection in Iran. Patients with the IL-28B-CC genotype had higher rates of SVR than those with the IL-28B CT or TT genotypes. IL-28B-CC seems to be favorable factor for predicting positive treatment response. Our findings in addition to other available related studies will potentially provide a guide to therapeutic decisions. We are, however, fully aware that the relatively small size of our study is a limitation and further studies with larger cohort is required to clarify the role of mentioned genotypes in HCV treatment response.

The authors would like to thank the patients and families who participated in this study.

Copyright © 2017, Journal of Human Genetics and Genomics. This is an open-access article distributed under the terms of the Creative Commons Attribution-NonCommercial 4.0 International License (http://creativecommons.org/licenses/by-nc/4.0/) which permits copy and redistribute the material just in noncommercial usages, provided the original work is properly cited
download pdf 335.65 KB Abstract XML Get Permission (article level) Import into EndNote Import into BibTex
Number of Comments: 0